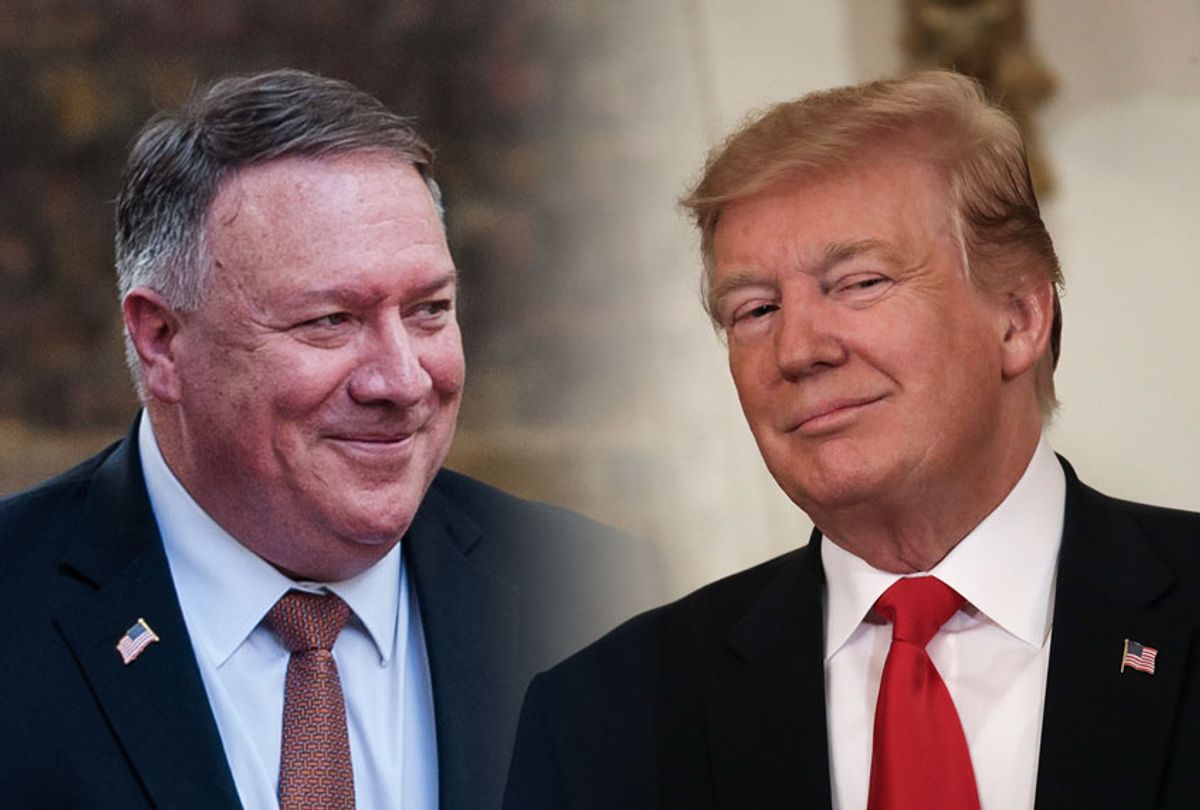 On Wednesday, The Washington Post reported that the State Department inspector general is resigning — just four months after Trump brought him on to replace the one he previously fired.

"Stephen Akard's departure, which will be effective Friday, was announced to staff by his deputy, Diana R. Shaw, who told colleagues she would temporarily become the acting inspector general in his stead," reported John Hudson.

"Akard became inspector general in the spring after Trump fired Stephen Linick at the recommendation of Secretary of State Mike Pompeo," continued the report. "The decision immediately prompted criticism from lawmakers because Linick had been investigating allegations that Pompeo and his wife Susan had improperly used State Department resources. Linick was also examining several other issues, including Pompeo's decision to expedite arms sales to Saudi Arabia over the objections of Congress."

Trump has triggered controversy by firing several inspectors general across a wide range of federal agencies, some of whom were investigating the conduct of his appointees.