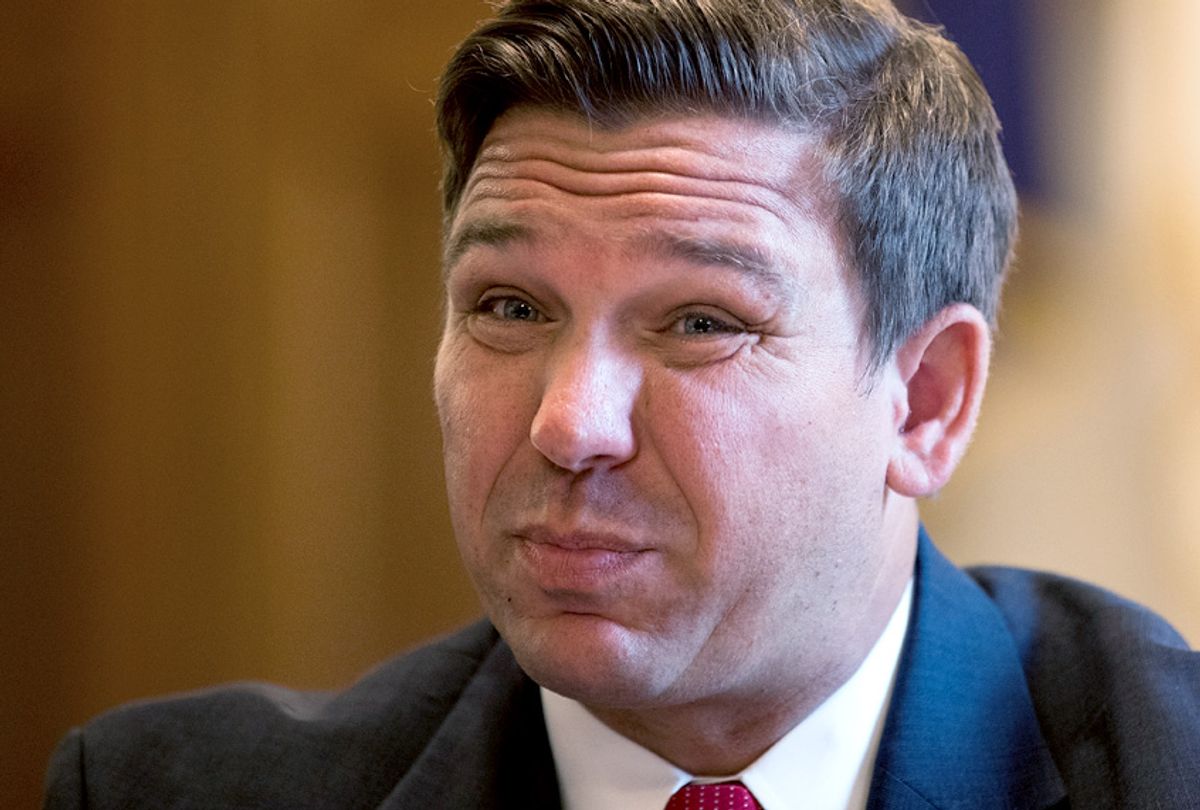 In an interview with CBS4 Miami's Jim DeFede, Gov. Ron DeSantis (R-FL) admitted that Florida Republicans, led by his predecessor, deliberately crippled the state's unemployment system so that fewer out-of-work people would apply for benefits.

"Do you believe that the system was in part put together the way it was to discourage people from being able to collect unemployment?" asked DeFede.

"I think that was the animating philosophy," said DeSantis. "I mean having studied how it was internally constructed, I think the goal was for whoever designed, it was, 'Let's put as many kind of pointless roadblocks along the way, so people just say, oh, the hell with it, I'm not going to do that.' And, you know, for me, let's decide on what the benefit is and let's get it out as efficiently as possible. You know, we shouldn't necessarily do these roadblocks to do it. So we have cleared a lot of those."

When DeFede pointed out to him the current system was designed by former Gov. Rick Scott, now a senator and ally of DeSantis, he replied, "I'm not sure if it was his, but I think definitely in terms of how it was internally constructed, you know. It was definitely done in a way to lead to the least number of claims being paid out."

For months, Florida Republicans have faced allegations that the unemployment system was broken by design. It has been a massive obstacle as the coronavirus pandemic has shuttered businesses and left millions out of work and reliant on unemployment insurance.