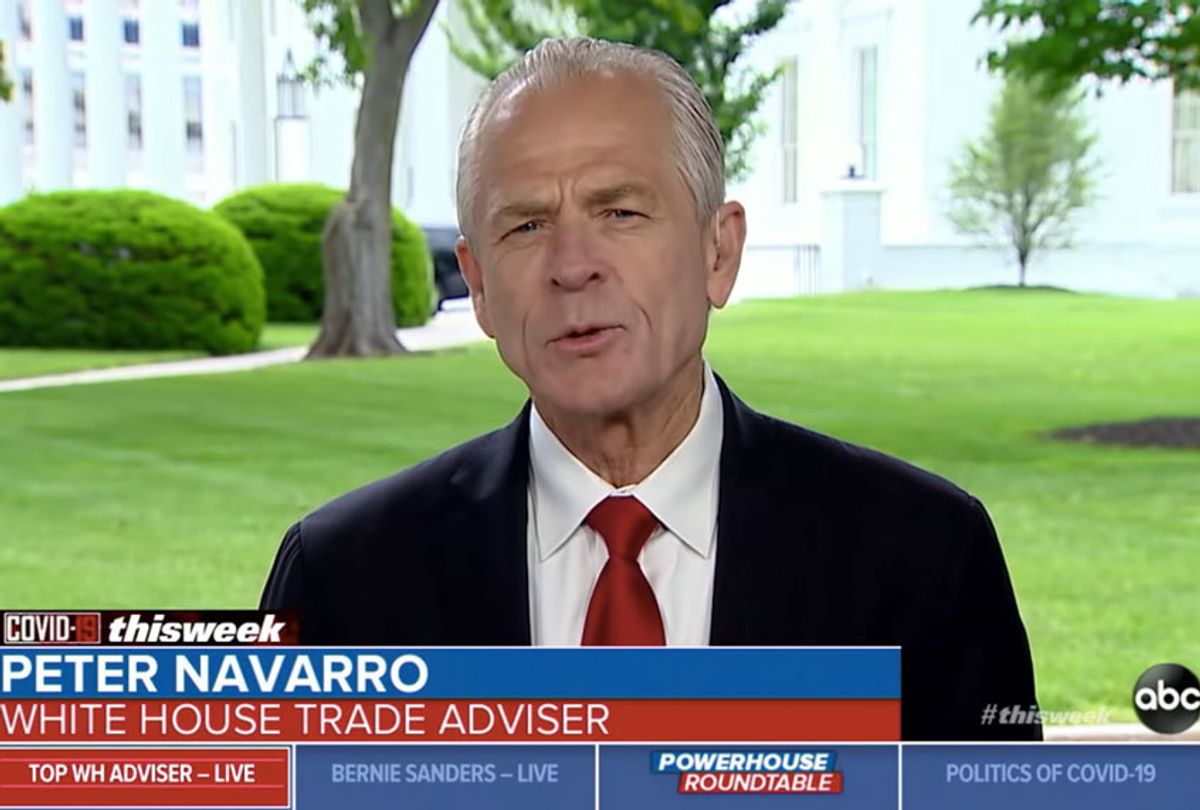 On Wednesday, CNN's Erin Burnett clashed with White House trade adviser Peter Navarro, who once again made unproven claims about the discredited treatment of COVID-19 with the anti-malaria drug hydroxychloroquine.

"Look, Tony [Fauci] is a great guy, right? There's just disagreements," said Navarro. "And on things like, for example, the hydroxychloroquine, he has a strong point of view. There's as many doctors on the other side."

"But there aren't. But there aren't as many doctors on the other side," said Burnett. "Peter, first of all, you're an economist, not a scientist … there's many millions of doctors in this country, there's five peer reviewed studies that show it not to be true, there's Dr. Birx, Dr. Fauci."

"All right. Let me say this to you, okay?" said Navarro. "I reach out to all your viewers. Scott Adams — you know Scott Adams, right? He's the guy who wrote the Dilbert cartoon. He did a beautiful ten-minute video on Twitter, and the thesis of the video is that CNN might be killing thousands because of the way they've treated that. So, I would just ask — I'll let Scott Adams' video be my defense on this."

"Can I just say something? I find that to be offensive because he's a comic strip writer," said Burnett. "I just said that because I want to be clear. I just said Dr. Fauci, Dr. Brett Giroir, and Dr. Deborah Birx."

"Deborah Birx has not come out against hydroxychloroquine," shot back Navarro.

"Yes she has. Here she is talking about the studies," said Burnett, playing a clip of her saying that "there's not evidence that it improves those patients' outcomes, whether they have mild/moderate disease or whether they're seriously ill in the hospital."