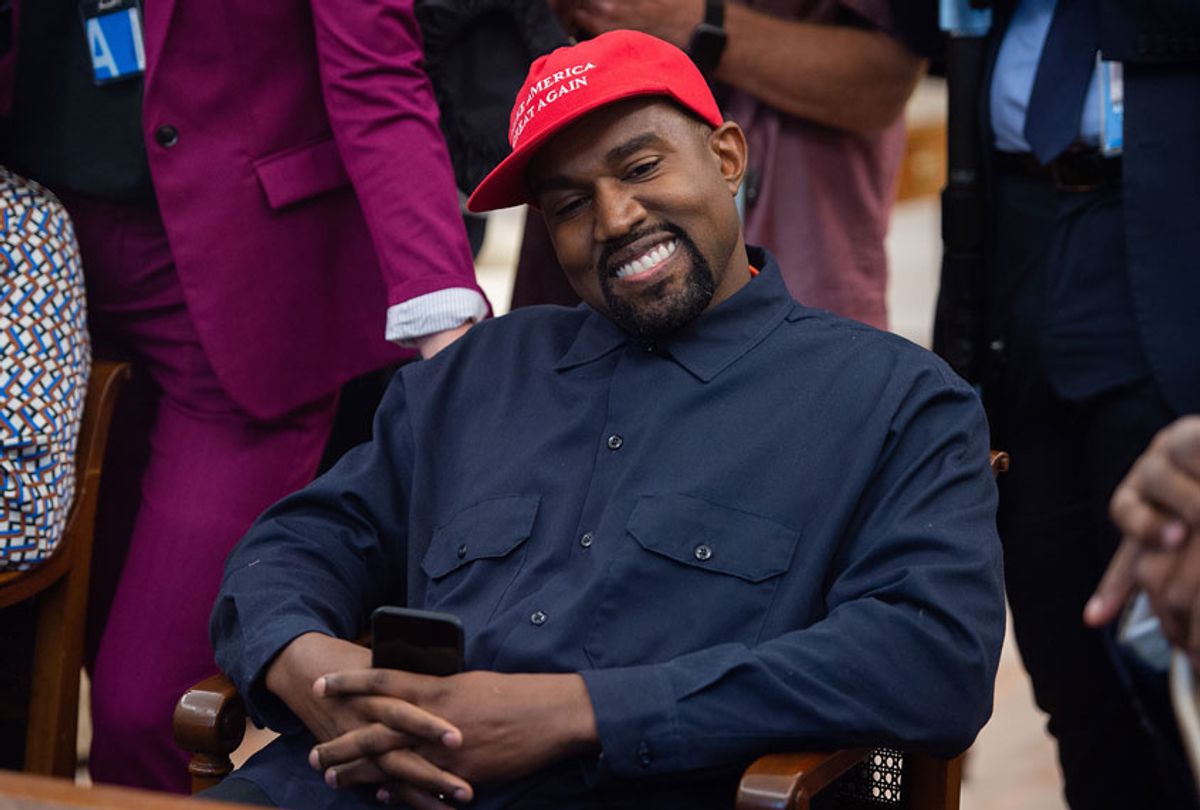 As evidence has emerged that Republicans are working to get Kanye West on the presidential ballot — including in the key swing state of Wisconsin — the Daily Beast reported Thursday night that some of President Donald Trump's allies are wary of the effort.

It's not clear if Trump himself is involved in the plot. He disavowed knowledge of the plan and only expressed fondness for West when recently asked about the matter by the press.

But the fundamental logic of the strategy is transparent, if not factually sound: Having West on the ballot could pull votes away from Biden and given Trump an edge, especially if the race is tight in key states.

Some have criticized the ideas underlying the apparent strategy as inherently racist, assuming that Black voters would be easily swayed away from Biden because of a novelty campaign by a Black celebrity. And the Daily Beast reported Thursday that a top pollster for the president, John McLaughlin, didn't buy the theory.

There were some who loudly applauded the budding GOP-connected dirty trick to pump up West's bizarre run, think it was at least wroth a try, if it somehow hobbles Team Biden in critical states. Several said West should be seeking professional help and support from loves ones, instead of embarking on a long-shot bid for the White House.

Forbes also reported on West's bizarre foray after an exclusive text interview with the music star. It noted:

In a wide-ranging interview with Forbes last month about his political aspirations, West, who has never voted before, laid out a platform for his "Birthday Party" that included a pro-life plank that alleged that Planned Parenthood was placed in cities by white supremacists, a management style patterned on the fictional country of Wakanda in Black Panther and anti-vaccine conspiracy theories. In that interview, West also claimed that was dumping Trump. "I am taking the red hat off, with this interview." His reason: "It looks like one big mess to me. I don't like that I caught wind that he hid in the bunker."

However, he was reticent to criticize Trump besides that. "Trump is the closest president we've had in years to allowing God to still be part of the conversation," he said.

And West was eager to criticize Biden, and expressed comfort with the idea of doing damage to the former vice president's White House chances. "I'm not denying it; I just told you."

After that interview was published, however, West took to Twitter to throw cold water on the idea that he's only in it to hurt Biden:

Of course, no one seriously believes that West can win with the haphazard "campaign" effort he's put forward. So either he's just lying to cover up for his real purpose, or, as many fear and his wife has suggested, he's losing touch with reality and struggling with mental health issues. If that's the case, it's truly shameful that any GOP operatives would be cheering him on.