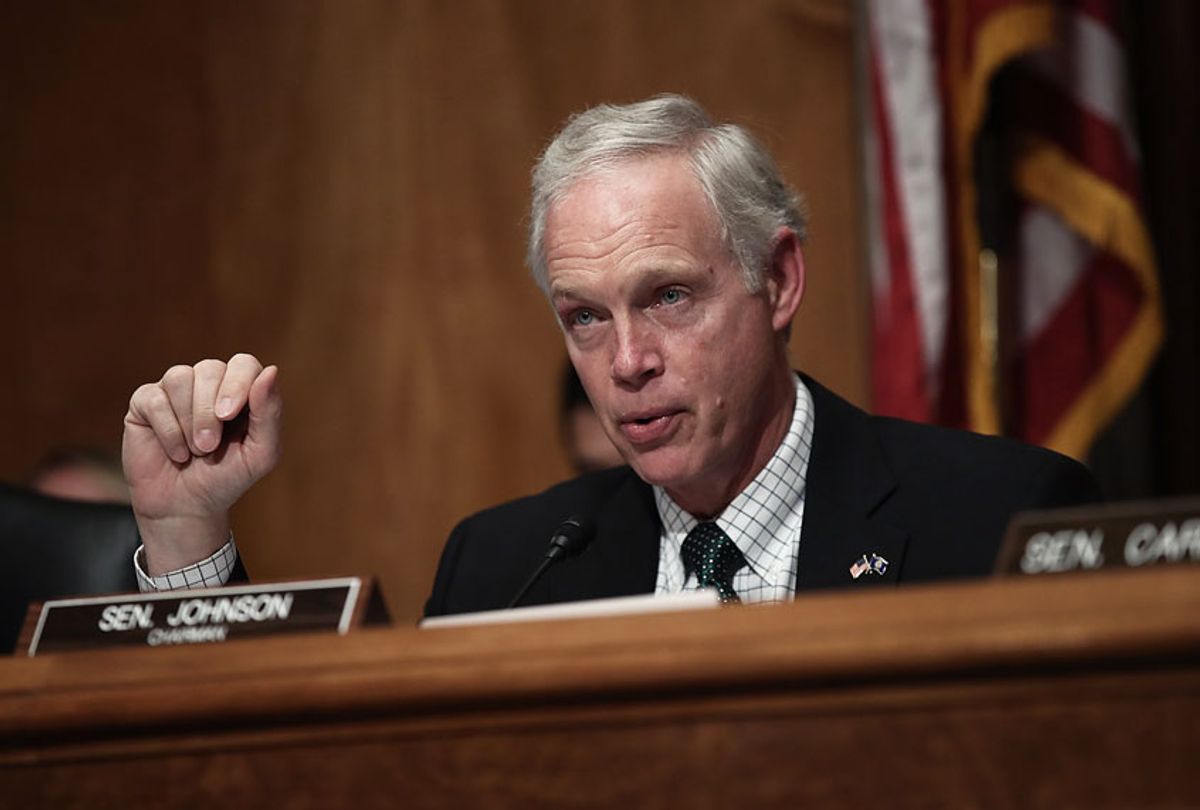 On Monday, the Milwaukee Journal Sentinel reported that Sen. Ron Johnson (R-WI) said that he "hopes" bipartisan talks on the next round of coronavirus pandemic stimulus break down — because he doesn't want the federal government to spend any more money on it.

"Johnson said in a Friday interview with Breitbart News Tonight that he hopes negotiations stay broken down between the Trump administration and House Democratic leaders on a new pandemic relief package given the trillions Democratic leaders proposed in new spending," reported Molly Beck. "'From my standpoint, the breakdown in the talks is very good news. It's very good news for future generations,' Johnson said. 'I hope the talks remain broken down.'"

Johnson was a supporter of the 2017 Republican-backed tax bill that gave hundreds of billions of dollars to corporations and billionaires, with no means of paying for it.

Negotiations have stalled because the House and Senate can't agree on the broad outlines of how much to spend. In the meantime, President Donald Trump has signed four executive orders of uncertain legality that are intended to extend portions of the previous round of stimulus.