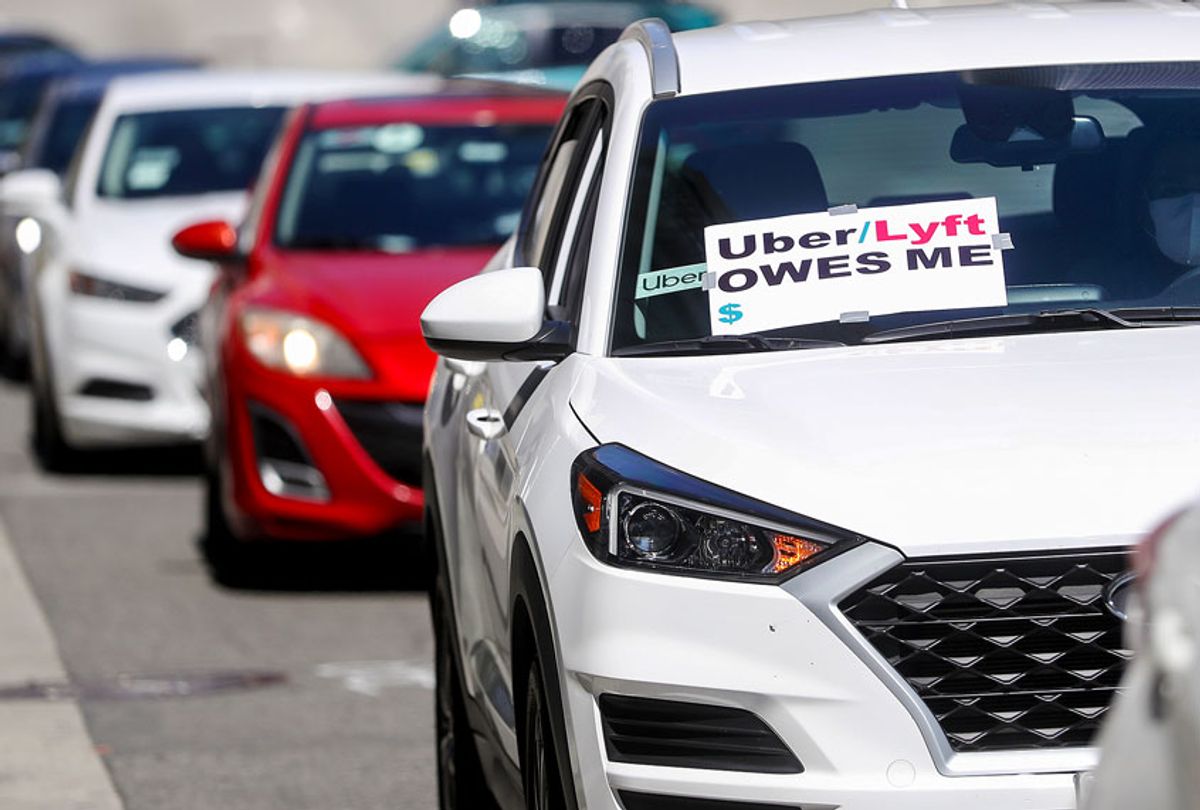 In a preliminary injunction issued on Monday, a California judge ruled that Uber and Lyft must classify their drivers as employees rather than contractors. The injunction signals a massive change in the gig economy, which has traditionally relied upon a contingent labor force with little or no employer-provided benefits.

"The Court is under no illusion that implementation of its injunction will be costless or easy," California Superior Court Judge Ethan Schulman wrote in the order. "There can be no question that in order for Defendants to comply with A.B. 5, they will have to change the nature of their business practices in significant ways, such as by hiring human resources staff to hire and manage their driver workforces."

The order is set to go into effect in 10 days, though rideshare giant Uber is filing an emergency appeal to block the ruling from going into effect.

The ruling comes after California Attorney General Xavier Becerra and city attorneys of Los Angeles, San Francisco, and San Diego, sued Uber and Lyft for not complying with California's Assembly Bill 5 (AB5). The law, AB5, went into effect on January 1, 2020 and looks to the "ABC test" for determining whether someone is a contractor or employee. Becerra and city attorneys also filed a motion for a preliminary injunction.

"The court has weighed in and agreed: Uber and Lyft need to put a stop to unlawful misclassification of their drivers while our litigation continues," Becerra said in a statement. "While this fight still has a long way to go, we're pushing ahead to make sure the people of California get the workplace protections they deserve."

Becerra added: "Our state and workers shouldn't have to foot the bill when big businesses try to skip out on their responsibilities."

Drivers who have been advocating for this see the ruling as a step in the right direction.

"Today's ruling affirms what California drivers have long known to be true: workers like me have rights and Uber and Lyft must respect those rights," Mike Robinson, a Lyft driver and member of the Mobile Workers Alliance, a group of Southern California drivers, said in a statement.

"These companies will do and spend whatever it takes to avoid protecting drivers or following the law — even if it means pouring tens of millions of dollars into a ballot initiative to buy themselves special treatment. We hope that today's ruling will serve as a potent reminder to California voters that Uber and Lyft are not above the law — and that they vote No on Prop 22."

As Salon has previously reported, Uber and Lyft funded the ballot measure Proposition 22, which will appear on the November ballot in California. If passed, it will exempt these companies from Assembly Bill 5. The astroturf campaign has been said to cost the rideshare giants $110 million. Drivers are incensed by the 9-figure expenditure by their employer to further their exploitation, as many of them struggle to receive even basic support, like personal protective equipment and hand sanitizer, from their employers.

On Monday, Yes on 22 campaign sent out the following statement from Jan Krueger, who is retired and drives with Lyft in Sacramento:

"We need to pass Prop 22 more than ever. Sacramento politicians and special interests keep pushing these disastrous laws and lawsuits that would take away the ability of app-based drivers to choose when and how they work, even though by a 4:1 margin drivers want and need to work independently. We'll take our case to the voters to protect the ability of app-based drivers to work as independent contractors, while providing historic new benefits like an earnings guarantee, health benefits and more."

In an op-ed in The New York Times published on Monday, Uber CEO Dara Khosrowshahi denied that Uber workers were mistreated. Khosrowshahi, whose compensation package as CEO is $45 million, wrote that treating drivers as employees and thus compensating them appropriately would result in drivers losing their "freedom."