The American Herald looks like a conservative news site, but it's run by pro-Trump super PAC America First Action 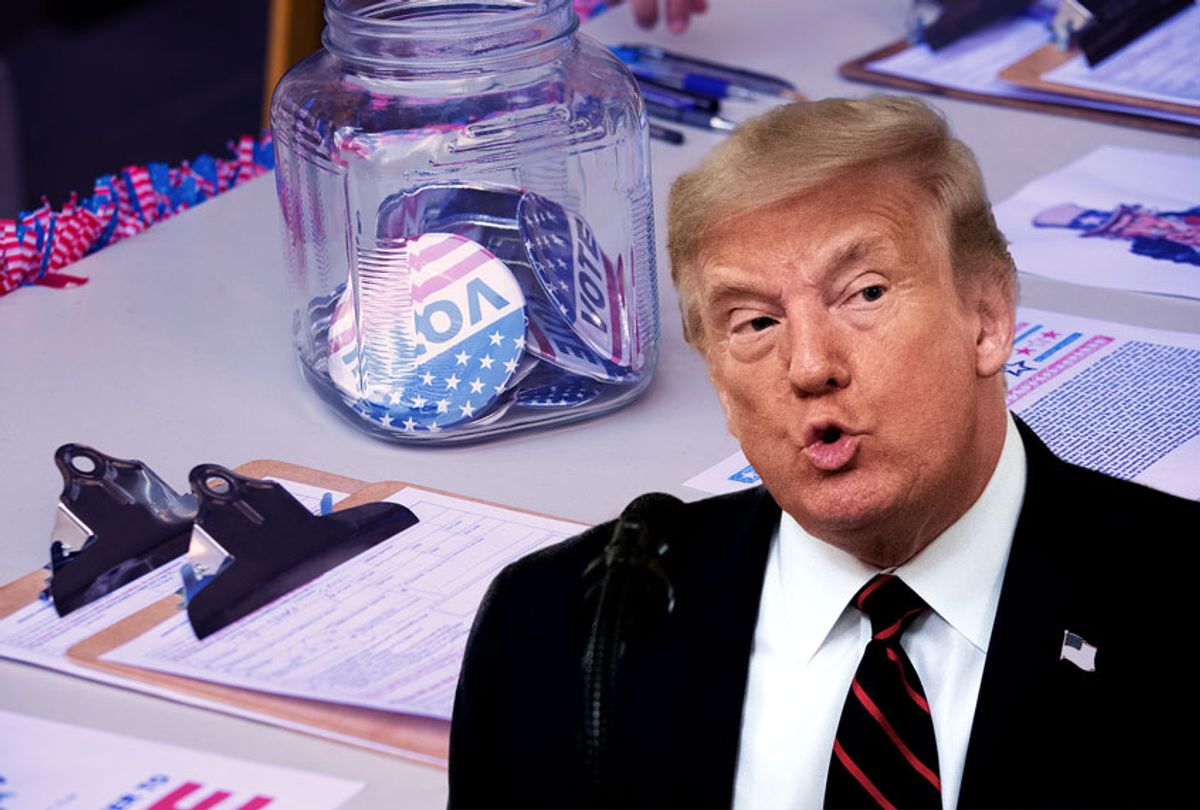 A super PAC officially endorsed by President Trump's campaign has launched a conservative "news" site, and some of its content raises questions about possible violations of regulations that bar coordination between campaigns and political organizations.

The site, first identified as an America First entity by The Daily Beast's Lachlan Markay, is called the American Herald, and its pro-Trump content has been packaged and promoted by the official campaign as if it were an independent outlet. The Herald's domain was registered on July 31, 2019, but the site appears to have launched in late June, and its "about" page self-identifies as "a conservative news platform designed to bring you all the news the liberal media doesn't want you to know."

"We commit to cover national issues that impact all Americans, not just what fits the left's political agenda," the page says.

On Tuesday, the top stories on the Herald's home page include: "Democratic cities overrun by left-wing mobs"; "Trump gives aid to jobless, rentless, borrowers"; "Democrats refuse to condemn antifa"; and "President Trump's executive orders put America first." One of its Facebook ads promotes a story criticizing Twitter for suspending Donald Trump Jr. after he posted misinformation about the coronavirus.

While the Herald promotes itself as all-embracing (its tagline reads, "Stop being told what to think") none of the articles have author bylines, including the "opinion" section, making it impossible to tell who is actually creating its content.

A legal disclaimer at the bottom of the website discloses that the page is funded by the America First Action super PAC — and the thousands of dollars in ad purchases on Google and Facebook also have that disclaimer — the Herald's Facebook page does not possess the same transparency.

The Daily Beast also reported that the Herald's Twitter page has been suspended, apparently within the last week. A Twitter spokesperson told Salon that the company could not share information about the suspension. It also appears that some of the site's Facebook and Google ads have been removed for unspecified policy violations.

In fairness, Democratic-affiliated organizations have created a number of partisan sites masked as "news" organizations, including the American Ledger, a site created in 2018 by Democratic super PAC American Bridge that seems to have been a source of inspiration for the Herald. Like the Herald, the Ledger also discloses its connection to its PAC, but describes itself as delivering "reporting" dedicated to "fast, hard-hitting investigations into the pressing issues."

"Since day one, American Bridge has been fully transparent about the American Ledger and its role in our work," American Bridge spokesperson Kyle Morse told Salon in a statement. "The American Ledger's content is fully backed up by detailed research and existing reporting, and the digital property will continue to hold Republicans accountable as it has since it was launched in 2018."

But what truly separates the American Herald from these sites is the direct affiliation with Trump. The PAC has spent tens of millions of dollars on Trump's re-election efforts over last three years, hosting events at Trump properties and raising money through some of the president's shadiest supporters — including accepting a $325,000 illegal donation from a shell company co-founded by Rudy Giuliani associates Lev Parnas and Igor Fruman, who are currently under indictment.

The PAC's chair, former pro-wrestling exec Linda McMahon, served under Trump as head of the Small Business Administration, and its spokesperson, Kelly Sadler, worked for the White House as a special assistant to the president handling surrogate and coalitions outreach.

The American Herald provides another example of the impenetrable murk of campaign finance in the Trump era.

As a super PAC, America First Action can accept unlimited donations from entities and individuals. It cannot legally coordinate its spending with campaigns, which are more financially restricted. Furthermore, the super PAC has published content through the American Herald that promotes the overtly political activities of its dark-money nonprofit affiliate, America First Policies.

America First Policies was co-founded by former Trump campaign manager Brad Parscale and Nick Ayers, a top adviser to Vice President Mike Pence, but its tax status as a "social welfare organization" bars it from engaging primarily in political activity or coordinating with any political campaign or party.

Beginning in June, America First Policies set out on the "Great American Comeback Tour'"featuring Pence, members of Congress, and other special guests.

With events in Pennsylvania and Michigan already behind them, the tour will continue into various states throughout the U.S. to educate and mobilize voters around the policies that will lead to an economic resurgence post-coronavirus.

"Through a combination of tax cuts, deregulation, unleashing our energy sector and renegotiating bad trade deals, the Trump administration built the greatest economy in the world," said America First Policies Communication Director Kelly Sadler. "They did it once, and they can do it again."

It is unclear whether this is a series of coincidences, and if so, whether the campaign will ask its official super PAC and affiliated nonprofit to stop.

America First Action and the Trump campaign did not immediately reply to Salon's request for comment.