Harmon apologized for the video then, but now the clip is resurfacing with hashtags used by followers of QAnon 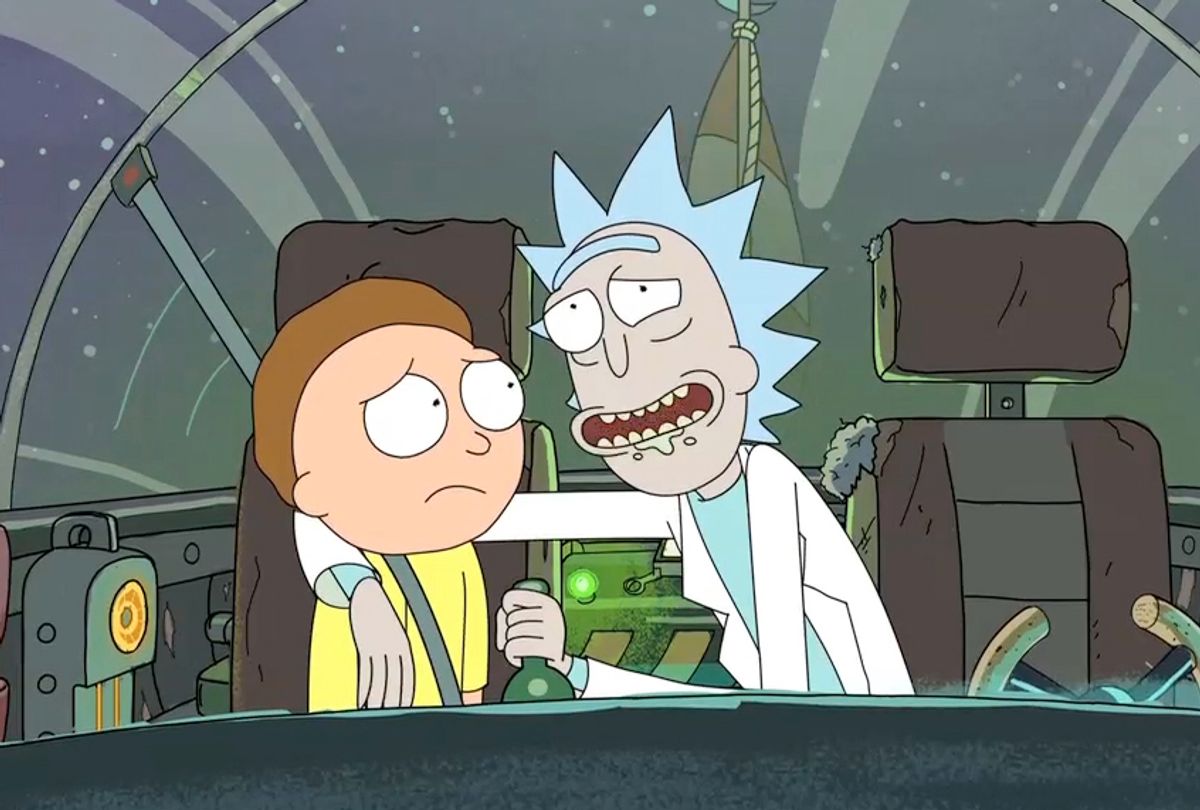 Eleven years after "Rick and Morty" co-creator Dan Harmon made a parody video in which he simulates raping a baby doll — and two years after apologizing for it — new attention is being brought to the video on social media and with it calls to cancel the Adult Swim show. While this isn't the first time controversy has erupted over the video, this latest round of public backlash comes with a new twist: Posts calling for the cancellation of "Rick and Morty" frequently include hashtags used by adherents of the sprawling right-wing conspiracy theory QAnon.

The video, a parody of "Dexter" called "Daryl," premiered in 2009 at the Channel 101 comedy festival. It features Harmon's character climbing through a window, pulling down his pants, and rubbing his genitals on a baby doll lying on a couch. Harmon appears on camera at the start of the video warning viewers the following footage is "controversial."

The video resurfaced in 2018 and caused backlash against Harmon on social media, leading him to delete his Twitter account. He said this at the time:

"In 2009, I made a 'pilot' which strove to parody the series 'Dexter' and only succeeded in offending. I quickly realized the content was way too distasteful and took the video down immediately. Nobody should ever have to see what you saw and for that, I sincerely apologize."

Cartoon Network, which airs "Rick and Morty," stood by Harmon while denouncing the video.

The clip was circulating again this week. On Twitter, it's frequently been posted with #SaveTheChildren. That hashtag was first used to raise money for the Save the Children charity, but as the New York Times reported Wednesday, it has recently been coopted by QAnon followers. Facebook briefly disabled the hashtag after it was flooded with pro-QAnon content.

For the uninitiated, QAnon is a sprawling conspiracy theory that has quickly gained steam since the last months of 2017. Its core tenets center around the belief in a global cabal of elite pedophiles who rule the world, among them Hillary Clinton and Hollywood notables. They believe that President Donald Trump is working to expose the doings of this group.

While QAnon has many dedicated adherents, it's likely that many people posting the Harmon video alongside #SaveTheChildren are unaware they are boosting one of the movement's hashtags. As the Times reported, prominent mommy bloggers and fitness influencers have begun posting anti-trafficking memes with the hashtag.

But some people posting about Harmon definitely follow QAnon. In fact, some adherents have been discussing Harmon and "Rick and Morty" in the context of alleged Hollywood pedophilia for two years. One Twitter user posted screenshots of the video in July 2018 alongside #QAnon and #Pizzagate.