How should fans react to Kanye's perceived betrayals? It's complicated

I can't get on board with tearing Kanye apart, for several reasons 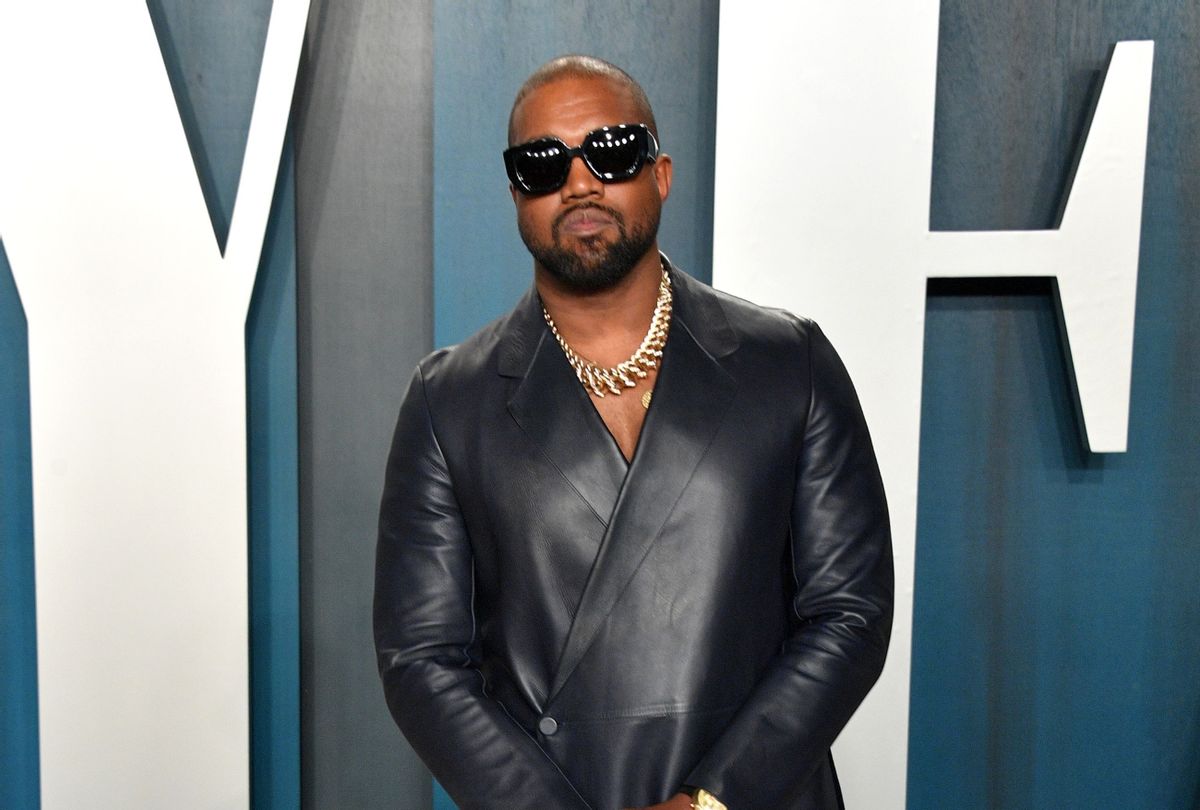 "Bro, Kanye West is a f**king clown!" my mentee breathed angrily into a voice memo to our group chat of artists. "The biggest Uncle Tom in the world with this Harriet Tubman is not a hero, Ben Carson, praise Trump bulls**t!"

His voice echoed through the house. I had to listen to his rant in another room so I wouldn't wake my wife and baby. He continued on, listing Kanye's antics over the last few years: the time he wore a Confederate flag on his green Yeezus Tour flight jacket, when he called Trump his father, that episode in the TMZ office when he said slavery was a choice. The list continues.

What set him off? Reports that Republicans were actively helping Kanye get on the presidential ballot in several states. CNN reported that some Democrats believe Republicans see West as a possible spoiler who could take African-American votes away from Donald Trump's Democratic challenger, Joe Biden.

"Democrats in Wisconsin and beyond called it a blatant attempt to appeal to young black voters who may be unenthused about the Biden campaign," CNN's Dan Merica and Jeff Zeleny reported. "Any downturn in turnout for Biden among young black voters, a group the Trump campaign has tried to target in the race against the former vice president, could impact the outcome in states with traditionally narrow margins, like Wisconsin.'"

Working against Biden, who obviously cares more about the wellbeing of Black voters than Trump, was the last straw for my mentee. I have critiqued Kanye West's ideas and views multiple times; but this time, I paused before I responded to my mentee's rant. I did so for a number of reasons. First of all, In my younger years, I was just like my mentee — brash when necessary, angry always, and hungry to prove my points. That approach, easily justified as it is when dealing with racism and tokenism, has closed more doors to potential change than created opportunities for me to introduce those with opposing views to my side. And second, Kanye and his wife Kim Kardashian West have both publicly talked about the rapper's struggles with mental illness.

"As many of you know, Kanye has bi-polar disorder. Anyone who has this or has a loved one in their life who does, knows how incredibly complicated and painful it is to understand," Kardashian West wrote in an Instagram stories post. "I've never spoken publicly about how this has affected us at home because I am very protective of our children and Kanye's right to privacy when it comes to his health. But today, I feel like I should comment on it because of the stigma and misconceptions about mental health."

Now I'm no expert on mental health, nor do I try to be. But the Mayo Clinic offers a list of symptoms that characterize manic episodes in bipolar disorder. And while his diagnosis has only recently become public knowledge, Kanye appears to have been displaying manic behavior to some extent since the beginning of his career.

Never forget the time Kanye swooped on stage during the VMAs in the middle of Taylor Swift's acceptance speech to tell the viewers that Beyoncé had a better video. Never forget that he proudly flashed a bottle of Hennessy that he took big swigs out of on the red carpet that night. Never forget the infamous line, "George Bush doesn't care about Black people" he shocked the world with during a Hurricane Katrina benefit. It's not any stranger's place to diagnose Kanye's behavior from afar. But in light of his openness now about his bipolar disorder, it's hard to look back at some of Kanye's more notorious events and not see hints of it in the past. Mr. "HOW SWAY! YOU DON'T GOT THE ANSWERS SWAY!" has been doing this for a long time.

The difference is that as fans, we cheered for Kanye's seemingly manic behavior when we agreed with him. I did think Beyoncé had a way better video than Swift's and that MTV got that award wrong. I did think George Bush didn't care about Black people after the way he handled Katrina's displacement of New Orleans residents, the high number of Black deaths and his FEMA debacle. I'm still a Sway fan, but I did think that he didn't have the answers or experience to talk fashion with Kanye. Kanye spoke out for the people in those episodes — for the oppressed, for those of us who feel underrepresented and marginalized — so his erratic and impulsive behavior was cool with us. He was our voice. We held him up and were excited to give him his flowers every chance we got.

Now he's doing the same thing, but for racist white people and Black Uncle Toms. The difference is that now we know he is sick. I can't ride with my mentee or anyone else who refuses to acknowledge the reality of mental illness because of the level of celebrity or privilege a person has. Society did the same thing to Whitney Houston as she battled addiction, and Britney Spears after she shaved her head, we laughed it off and turned their pain into jokes, leaving them no space to heal.

The final reason I chose to wait before responding is the respect I have for Kanye's late mom. I try to see these periods of public scrutiny through Donda West's eyes. As his mother, I imagine she'd accept him, hold him close, protect him, and work hard to get him the help he needs. And yet to a revolutionary like Dr. West, seeing your son wear Confederate flags and praise one of the most powerful racists in recent history would have to hurt. According to Kanye, Donda was only six years old when she was arrested at a sit-in demonstration to acquire better public accommodations for people of color. He even rapped about it on his song "Never Let Me Down": "I get down for my grandfather/ Who took my mama/ Made her sit in that seat where white folks ain't want us to eat/ At the tender age of 6/ She was arrested for the sit-ins/ And with that in my blood I was born to be different".

Donda West was a respected scholar and longtime chair of the Department of English at Chicago State University — where she also taught, served as Foreign Expert to the People's Republic of China and helped establish the Gwendolyn Brooks Center for Black Literature and Creative Writing during her decades-long tenure — before retiring in 2004 to manage Kanye's carrier. She is an icon, a legend, and died too soon. Her activism from a young age and her dedication to education means she contributed to making our country a better place, leaving an example for people like me to follow. So why should I be excited to tear her son apart? Tearing a rich person apart is easy because they live a life that most people can only dream about. It's easy to see them as people who don't have the capacity to suffer, to call them spoiled attention seekers. But why would a famous person go to such lengths to receive negative attention when they can already command public and media attention any time they want?

When these famous people die, we lionize them instantly, talk about great they were and how we wished we would have taken their pain seriously instead of calling them washed up, using them as a punching bag or a laughingstock during their final years. Whitney Houston's music cranked out of speakers everywhere that first year after she passed. Amy Winehouse, too. The list continues.

I explained all of this to my mentee, adding more about why we shouldn't rush to judgment on anybody's suffering. "Yeah, that's cool," he replied, but then reiterated that Kanye is still a clown, still the biggest Uncle Tom. To me, he's also Donda West's son, and the man who spoke our truth to George W. Bush and the world on live TV. The Republican operatives trying to leverage his latest erratic episode for their political gain aren't likely to stick around for the aftermath. And Kanye is likely to fall further before he's able to get on a healing path. What do his fans owe him, as he deals with a debilitating illness and residual trauma, and vice versa? Like everything with Kanye, it's complicated. We should slow the conversation down, and ask who and what we're really angry with here.