How the pandemic is straining our friendships 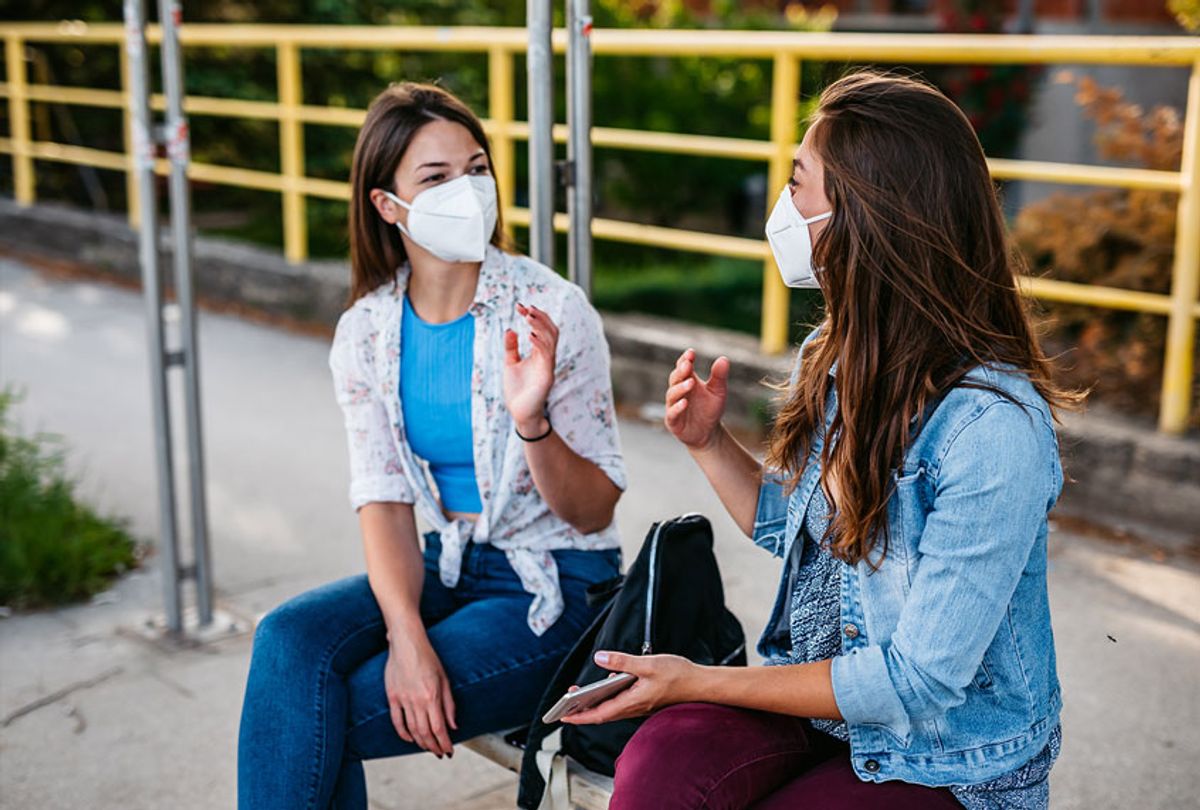 I'm ashamed to admit that I waited a month before telling a friend that I wasn't going to attend her wedding. When the pandemic hit in March, we texted back and forth about her wedding plans. She had been engaged in February, and said they were still going forth with the wedding as normal. At the time, who could blame her? In March, nobody would have guessed — or perhaps accepted — that the rest of the year would be totally shot.

So when I received an invitation in the mail last month and saw that she and her fiancé were moving forward with the September wedding — without pandemic precautions — I didn't have to think twice about RSVPing "regretfully decline." I care about my friend, but I'm not risking my life — or the life of my partner, who is an essential worker — to fly across the country and attend a wedding.

Still, I felt guilty, and feared my RSVP would affect our friendship. Yet it also made me reflect on the odd nature of friendships amid the pandemic, given that many of us can't physically see or interact with our friends — or, in other cases like mine, we are riven by differences of opinion on safety precautions.

According to research published in the journal American Psychologist, a study of 1,545 people found that there was no change in mean levels of loneliness before and after the pandemic. That suggests that most of us have kept our relationships going, despite stay-at-home orders and social distancing recommendations.

"We were surprised by the overall remarkable resilience in response to COVID-19," Martina Luchetti, PhD, an assistant professor at the Florida State University College of Medicine and lead author of the study published in the journal American Psychologist, said in a statement. "The pandemic is something that everyone is going through, and just knowing that you are not alone and that everyone is going through the same restrictions and difficulties may be enough in the short term to keep feelings of loneliness down."

While this may be generally true, as the researchers noted, there have been individual-level changes to people and their relationships. Sure, people have found news ways to connect with and support one another, but the government's piecemeal approach and politicization of safeguard measures have been tough on some friendships. David Bakke, a 48-year-old in Atlanta, Georgia, who works at National Air Warehouse, said his friendships have been "strained" during the pandemic.

"There have been mask disagreements, politician discussions that didn't go well, and a whole host of other contingencies that haven't fared well with people who I thought were my friends," Bakke said. "I've met a few new folks online from participation in various social websites, and that has helped, but overall I'm rather disappointed in how things have played out."

On a more positive note, Bakke said, there have been some friends who he's been able to develop a "more positive" relationship with because they share similar beliefs and safeguards around the coronavirus.

"I feel sad about the relationships that have been damaged of late, but I am not regretful," Bakke said.

Kelly Hancock, a registered dental hygienist and oral health care provider in Georgia, said she's also felt some strain in her friendships. Hancock said she doesn't feel like she's been able to be a good friend to her close friend who just had her first baby.

"Of course I have texted her and called to check in, but nothing like I would have if we were not in this situation," Hancock said. "When I was pregnant, she was there with me every step of the way bringing gifts and stopping by; unfortunately I haven't been able to do the same in return."

Hancock said she hasn't even been able to see the baby yet. Indeed, as a front-line worker who comes in contact with many different people every day, she doesn't want to risk exposing the baby and mother.

Rohan Arora, a 19-year-old living in Richmond, Virginia, said he sees many people his age losing friends. For Arora, he has become closer with his family.

"In general, I think people my age have actually lost friends, but they have gotten closer to their close friends and family," Arora said. "Many of my friends and I are texting and calling much less than the frequency we talked to one another during the semester pre-pandemic."

In some cases, a pause in normal life has led some people to make new friends. Paul Deane, founder of The Snow Trekker, told Salon in general people have become friendlier in his neighborhood. Neighbors stop to have long chats with each other; something that never really happened before the pandemic.

"I think it is because people have been locked inside their houses and are relieved to talk to someone new," Deane said.

Vindy Teja, who is a professional life & divorce coach, said before the lockdown she was already focused on strengthening current relationships, and that doing that during lockdown has been a good way to cope.

"I have found giving and receiving support within friendship is to be, without a doubt, a valuable antidote to stressful and uncertain times like the one we're facing now," Teja said.

Nathalie Theodore, JD, LCSW, a psychotherapist in Chicago, agreed that maintaining friendships during this time is crucial for our mental health.

"Friendships help us feel connected and supported, which contributes to our overall sense of well-being and security during a time that feels very uncertain," Theodore said. "It's important to remember that we're all experiencing the effects of chronic stress right now—so not only do you need your friends, but they also need you now more than ever."

Theodore added that navigating friendships and social distancing can be tricky.

"People have varying degrees of comfort when it comes to socializing during a pandemic, so it's important to agree on guidelines ahead of time to avoid conflict," Theodore said.

As for me, I'm still not sure about the future of my friendship with my bride-to-be friend. I will send a wedding gift and wish her the best, but I'd be lying if I said I wasn't concerned about this wedding taking place. There is a certain irony here, I'm aware — knowing that the ritual of marriage is ancient, spans across cultures, and speaks to the deep human need for connection, love and support. Having weighed my options, I believe the best way for me to be supportive is to avoid getting or spreading the coronavirus, which would mar what should be a day of joy. Perhaps that's the best a friend can do.