James Clyburn to Fox & Friends host: "Don’t blame every Black person for some exception to the rule"

"I don't blame every white person for that guy on your show earlier who's now getting life," Clyburn tells Kilmeade 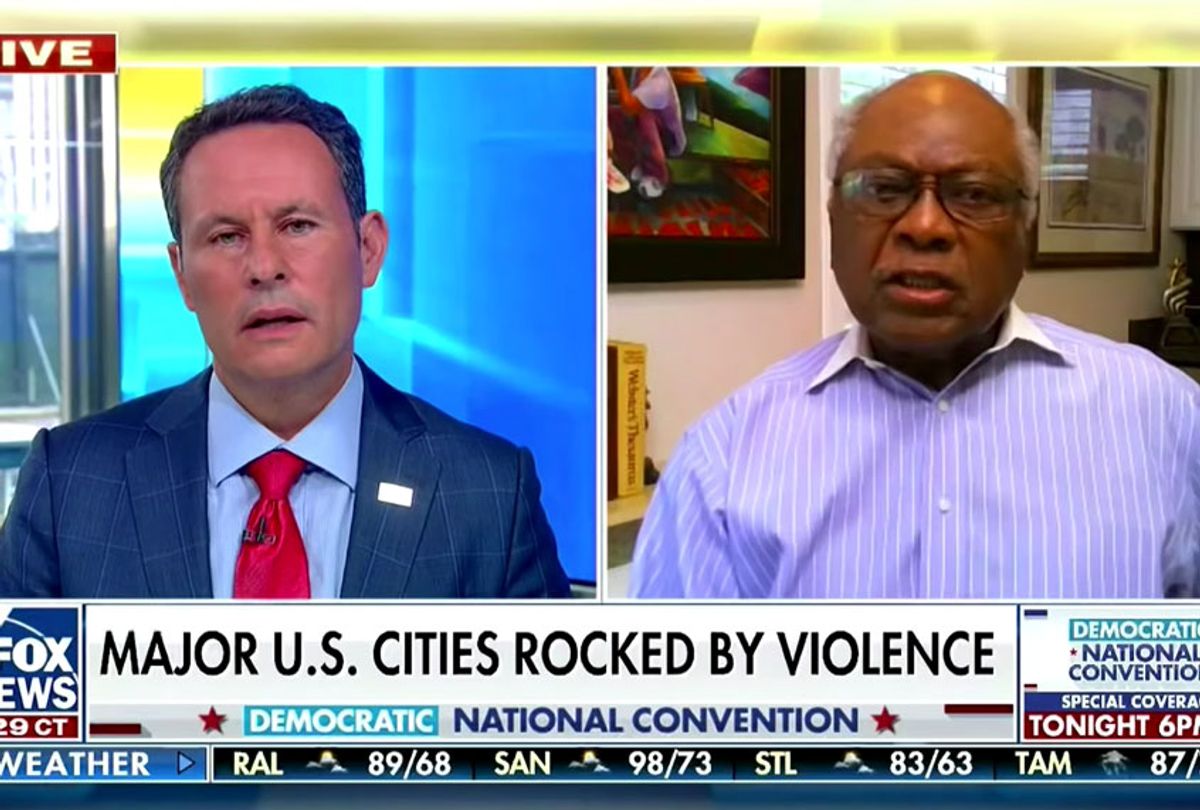 "When it comes to racial justice, there's no one more important than you than anybody else to get it right," Kilmeade told Clyburn during an Monday appearance on "Fox & Friends." "And that's why I've been so personally disappointed to see the violence overwhelm the protests."

"You've heard me speak out against this forever," Clyburn pointed out. "We talked about this. We talked about our experience back in the '60s when we got hijacked. John Lewis never asked anybody to burn anything. We were overtaken by the slogan 'burn, baby burn.' You can't blame John Lewis for that."

"You're telling me that I'm letting it get hijacked?" Clyburn asked.

Clyburn reminded the Fox News host that white supremacists had infiltrated the protests in Minneapolis to instigate violence.

Kilmeade pressed: "I didn't hear anybody disseminate between Antifa and Black Lives Matter."