"Patriot Act" is the toughest show to lose right now

Hasan Minhaj's show won't be going forward, leaving behind an empty space in both the comedy/news world and Netflix 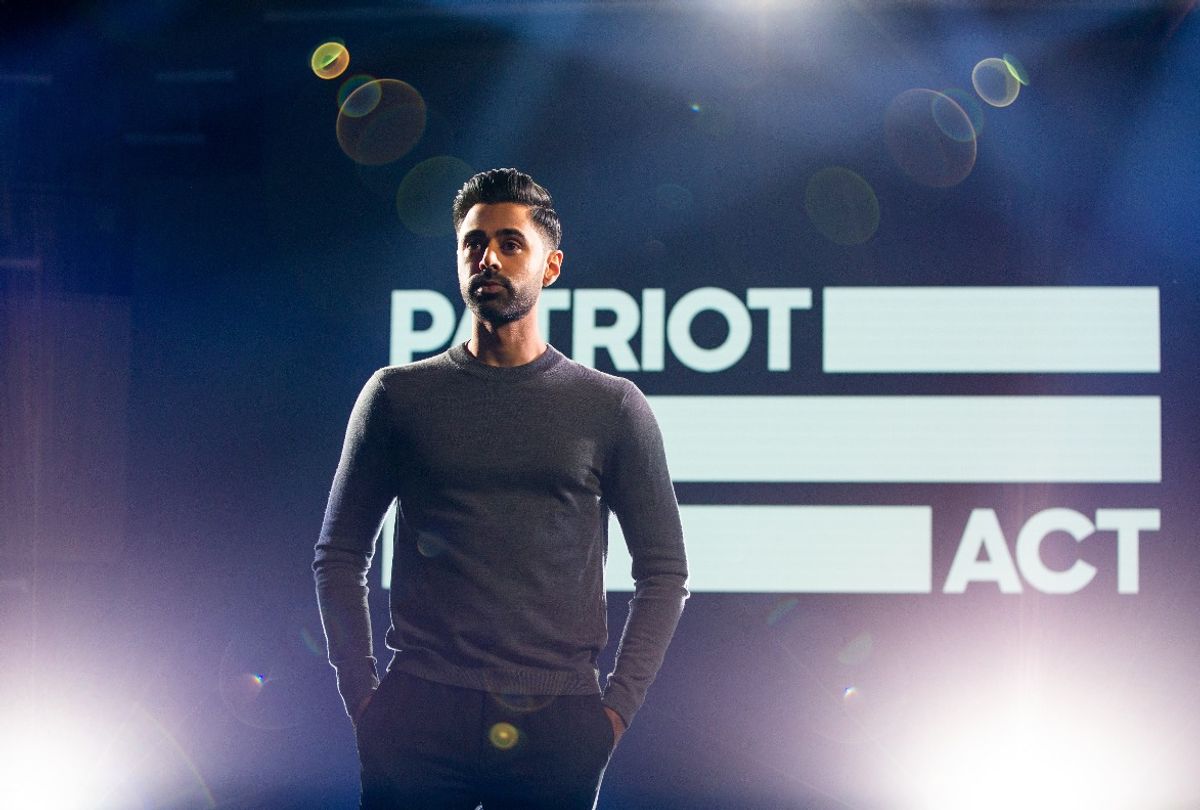 Co-creator Hasan Minhaj announced on Twitter Tuesday morning that "Patriot Act" would not be returning for new episodes. While the news wasn't entirely shocking given the uncertainties facing so much of TV production right now, that doesn't make it any less disheartening.

"Patriot Act" had the breadth of a show that aired for far longer than its nearly two-year Netflix run. With an eye toward explaining some of the brewing sociopolitical fracture points while giving context for the unintended consequences of everyday life that so many people take for granted, "Patriot Act" packaged Minhaj's personal hosting touch with a thorough dive into each weekly topic.

The key factor that's separated out comedian-led shows like "Patriot Act" is exploring in which direction information flows. If these segments are just stand-up bits dotted with a few news clippings and some fancy photoshops, viewers can feel the hollowness. What made the best "Patriot Act" episodes engaging is that it derived its purpose from what it was trying to convey rather than simple aesthetics. The result was a show that managed to do both, providing helpful background introductions to international political malfeasance, corrupt lobbying practices, and the cultural impact of emerging trends both welcome and not.

There's no denying that the disappearance of studio audiences hurt "Patriot Act" more than most other late night or weekly comedy shows. The show's run of eight episodes during quarantine has maintained that same meticulous attention to detail, but a key piece of the "Patriot Act" spirit was audience interaction. Minhaj noticeably drew energy from the vocal crowd at the show's tapings. Where the cadence of other hosts come at a fairly regular clip, Minhaj seemingly gave himself more freedom to let certain points sink in, sometimes to even let some deserved indignation simmer for just a little longer than usual. In turn, "Patriot Act" — the brainchild of Minhaj and writer/co-creator Prashanth Venkataramanujam — was a show built around a monologue that felt most like a conversation. There was even crowdwork! The laughs didn't come from a faceless hoard. They were real people who were responding to the way Minhaj was addressing issues that meant something to them.

For the majority who only got to watch Minhaj on a screen, "Patriot Act" respected them too. While the show found ways to address topics that gave potential entry points to viewers from a number of different backgrounds, "Patriot Act" knew when to let a joke breathe without overexplaining it, especially when Minhaj dropped in a reference to a musician or the NBA. (I only wish the Kings had done better in the bubble the last few weeks — a playoff spot would have at least softened this blow.)

It's frustrating to see that Netflix, which touted the show's debut with an "unprecedented" 32-episode order, won't be going forward with it. Even when the show premiered in fall 2018, there was a tiny dose of skepticism toward Netflix's "late night" strategy given the short leash the network had given "The Break with Michelle Wolf," another show that ended far sooner than it should have. Netflix continues to have plenty of informational programming coupled with plenty of personality (the various "Explained" co-productions with Vox and the recently-released "Connected" among them). But going forward, there's nothing on the Netflix roster that will fill that has the flexibility to respond to ongoing events with the immediacy that "Patriot Act" did. (IndieWire reached out to Netflix for comment; no official statement was released.)

What makes this news even tougher is that plenty of the topics "Patriot Act" has covered over the past two years remain relevant, too. Just look at the four episodes from last August: Video game development may not be an issue that's top of mind right now, but it dovetails with a lot of ideas about worker exploitation that have rippled through the last six months. An uptick in opioid overdoses in quarantine brings a new perspective to the show's episode on the explosion of fentanyl use. And a pair of episodes on public transportation insufficiencies and the dangers of cruise ships are proof that "Patriot Act" was tapped into ideas that the current health crisis exacerbated but certainly didn't create.

So even though there wasn't an imminent, viable way to return to the energy of a show that took full advantage of its world-class lighting and display setup, this is still a tough loss to take. It's as much about losing "Patriot Act" from a post-vaccine world as much as it is knowing that it was still providing vital updates with Minhaj still hosting by himself. Over the past two years, whether it was helping to direct viewers to information about tenants' rights during a historic wave of evictions or directly confronting world leaders with the consequences of their own policies, "Patriot Act" strove to make a tangible difference in the flow of global events. That will always have value, especially in an environment where plenty of shows seem content to merely observe from afar.

All past episodes of "Patriot Act" are available to stream on Netflix.