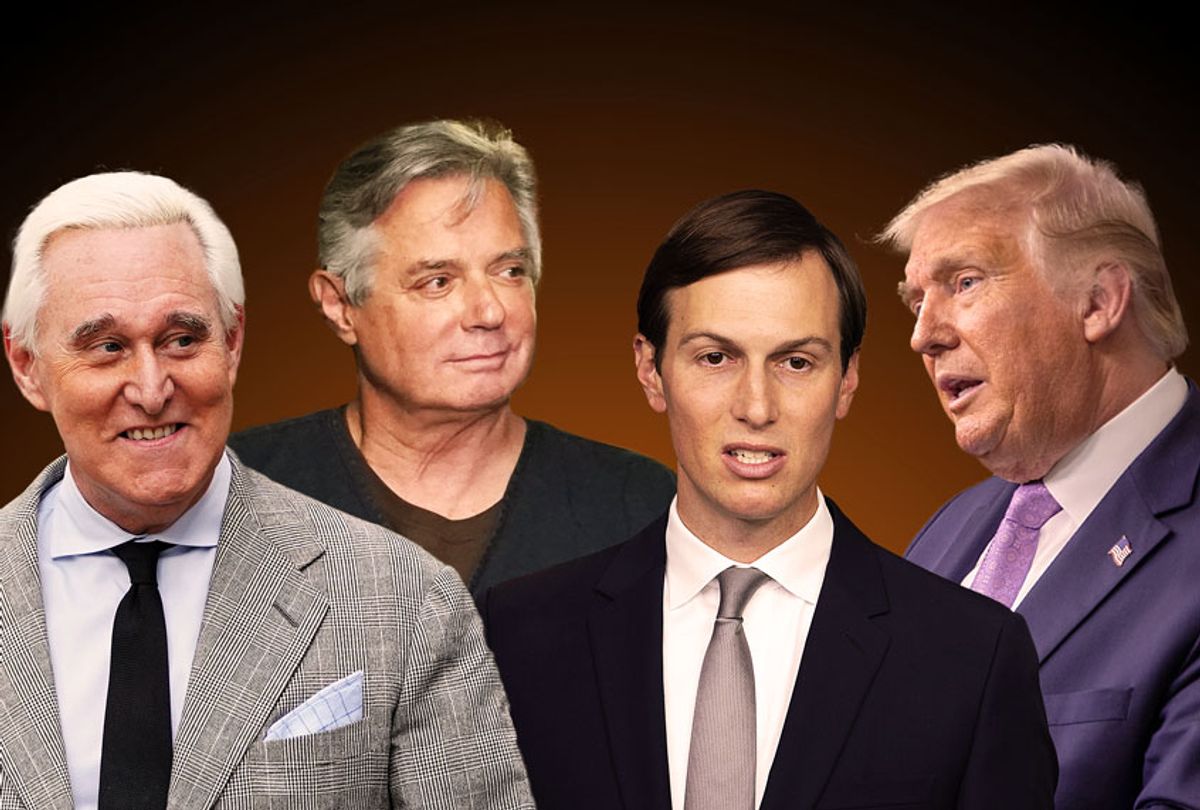 Since the moment President Trump fired former FBI Director James Comey and admitted to NBC's Lester Holt that it was "because of Russia," he has called the investigations a "hoax" and a "witch hunt." Attorney General Bill Barr declared Trump to be exonerated in all matters related to Russian interference in the 2016 election and the ensuing cover-up, and all Senate Republicans except one voted in his impeachment trial to acquit him of charges that he similarly enlisted the help of the Ukraine government in the 2020 election.

We know Trump abused his power in the Ukraine matter: That is a matter of public record, which he himself released. We also have Robert Mueller's voluminous report, which proved that the Trump campaign welcomed, if not directly conspired with, Russian government interference in the 2016 election and that the president subsequently obstructed the investigation.

All these probes have been attacked by Republicans as unjustified partisan attacks on Trump. However, this week, the Senate Intelligence Committee, chaired by Sen. Richard Burr, R-N.C., released the final volume of its investigation and it's impossible to make that charge. The report was signed by all members of the committee. Indeed, this is the only time during Trump's first term that Senate Republicans, aside from Mitt Romney of Utah, have done their duty to protect our democracy.

Essentially, the report shows the Trump campaign was crawling with Russians, many more than is commonly realized, and the evidence strongly indicates that any intelligence or law enforcement officials who didn't look into this bizarre circumstance would have been derelict in their duty.

The Mueller report stated explicitly that as a law enforcement investigation Mueller's team was not concerned with the non-legal concept of "collusion" and were instead bound by the criminal code's definition of "conspiracy," which they were unable to prove, largely due to a lack of cooperation by those involved in the probe. The Senate committee had no such restrictions and did investigate collusion — and found it.

Committee Republicans, led by Sen. Marco Rubio of Florida, cherry-picked certain conclusions to deny that, but the details they provided in this 1,000-page report prove them to be either lying or delusional.

The report finds that former Trump campaign chairman Paul Manafort was basically acting as a Russian agent. The campaign chairman. This is the man Trump publicly heaped glowing praise upon two years ago, patting him on the back for refusing to cooperate with the special counsel:

The New York Times describes the Manafort-Russia relationship that Trump was so delighted Manafort refused to talk about:

[T]he report showed extensive evidence of contacts between Trump campaign advisers and people tied to the Kremlin — including a longstanding associate of the onetime Trump campaign chairman Paul Manafort, Konstantin V. Kilimnik, whom the report identifies as a "Russian intelligence officer."

In 2016, "on numerous occasions," Trump's campaign chairman "sought to secretly share internal Campaign information" with Kilimnik, who the investigation found was very likely tied to the main Russian interference operation centered at the GRU, successor organization to the KGB. There is also information that raises "the possibility of Manafort's potential connection to the hack-and-leak operations," which would be big news if it's true.

The report calls Donald Trump's campaign chairman a "grave counter-intelligence threat." How that doesn't fit everyone's definition of collusion is hard to fathom.

Kilimnik was also found to have "almost certainly helped arrange some of the first public messaging that Ukraine had interfered in the U.S. election" which, coincidentally I'm sure, Trump pushed in his famous phone call with Ukrainian President Volodymyr Zelensky, an act of betrayal for which he was impeached. Yet somehow, Trump and his henchmen continue to say that the president was absolutely untainted by any of this.

It is also made clear in the report that Trump's top dirty trickster, Roger Stone, directed some of the WikiLeaks dumps and that Trump almost certainly knew about it, according to numerous witnesses. So two people close to Trump, Manafort and Stone, appear to have been intimately involved in the most outrageous of the Russian interference operations, the hacking of the Democratic National Committee and Clinton campaign chairman John Podesta and the timed leaks of those emails on behalf of Donald Trump. Unless we are to believe that the man who claims to have "aced" a memory test right about the same time forgot that he repeatedly spoke with Stone about the WikiLeaks operations, this means that the president lied to Mueller in his written answers.

As this experience illustrated, White House intervention significantly hampered and prolonged the Committee's investigative effort. Most importantly, some witnesses were directed by the White House not to tum over potentially privileged information...

And a whole lot of people lied. As the Los Angeles Times has reported, the committee made criminal referrals of Donald Trump Jr., Jared Kushner, Steve Bannon, Erik Prince and Sam Clovis to federal prosecutors in 2019, for misleading Congress. There's no word on what might have come of those referrals.

The report looks at the possibility of Kompromat and details some juicy testimony about trips to Moscow, an affair with a beauty queen and evenings at fetish clubs, among other things. They couldn't produce evidence of blackmail but kept it in the report for the purposes of showing that even misinformation could be deployed to gain influence.

The picture that emerges is of a presidential campaign, and an administration, so completely out of its depth that it "presented attractive targets for foreign influence, creating notable counterintelligence vulnerabilities." In other words, Trump and his cronies were willing dupes and the Russian government took full advantage of it. In fact, it still is.

This is not a particularly startling revelation but it does track nicely with another national security story this week, the commentary by former DHS national security official Miles Taylor who wrote an op-ed in the Washington Post headlined "At Homeland Security, I saw firsthand how dangerous Trump is for America." He offers a scathing assessment of the president as an ignorant, reckless, obsessive, self-centered fool who cannot be trusted with a second term.

Taylor says that if Trump wins re-election it will be "shock and awe" and there will be no guardrails left at all.

In case you're wondering what that might mean, just last month Vladimir Putin sneaked in a change to the Russian constitution that allows him to stay in power until 2036. He and Trump have been chatting frequently on the phone of late. We can only guess what they're talking about.