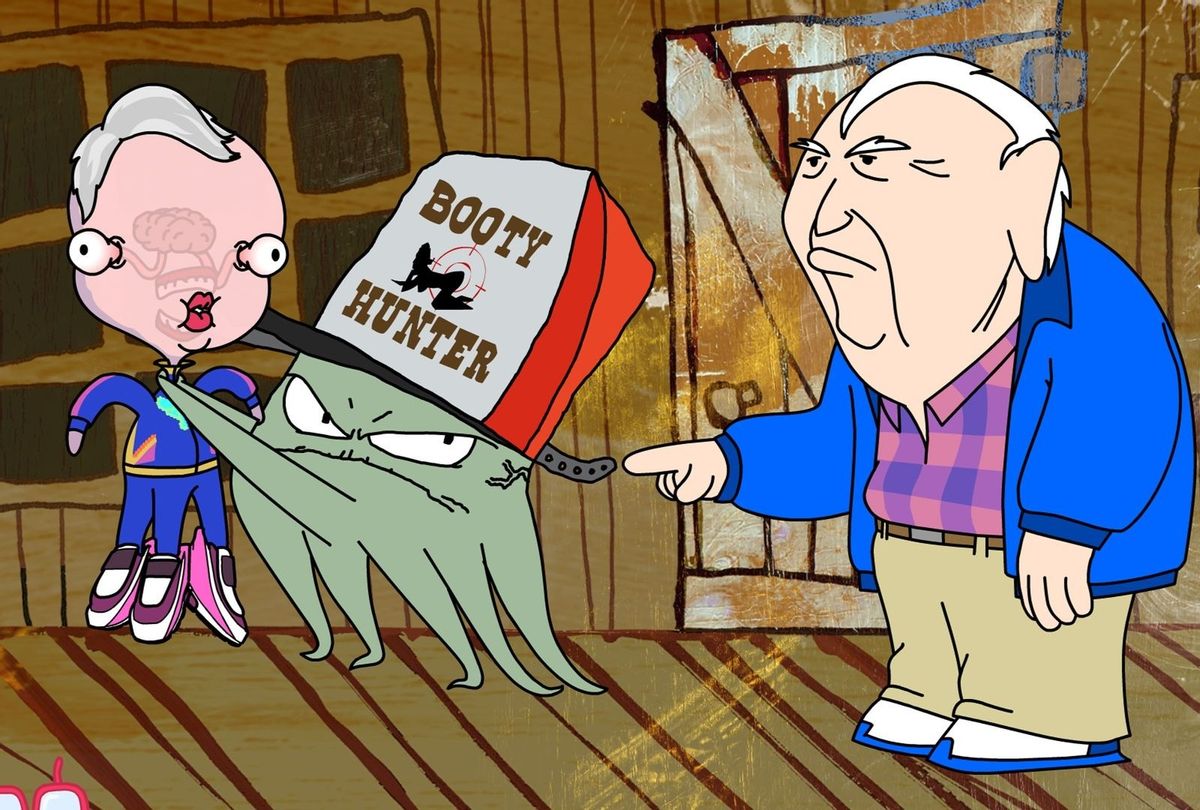 Stuart D. Baker has been fired from the Adult Swim animated series "Squidbillies" after posting comments about Dolly Parton and the Black Lives Matter movement on social media.

Baker, who performs under the name Unknown Hinson, posted on his Facebook profile late last week about Dolly Parton voicing her support for the Black Lives Matter movement. In doing so, he referred to Parton as a "freak titted, old Southern bimbo" and a "slut." In another post, he wrote "HAVE FUN [sic] forsaking your own race, culture, and heritage."

Series creators Jim Fortier and Dave Willis announced Monday via the show's official Twitter handle that Baker was no longer a part of the show.

"We're aware of the extremely offensive and derogatory social media posts made late last week by Stuart D. Baker," they wrote. "The views he expressed do not reflect our own personal values or the values of the show that we and many others have worked hard to produce over the past 15 years. For those reasons, production of Squidbillies will continue without Mr. Baker, effective immediately."

Baker has voiced the main character Early Cuyler on "Squidbillies" since the show first started in 2005. Over 100 episodes of the series have been produced to date, with the show having been renewed for a thirteenth season last year. It is one of the longest-running shows on Adult Swim alongside "Robot Chicken," both of which started in 2005.

Read more from Variety: Prince Harry and Meghan Markle are pitching a top-secret project to Hollywood

The show centers on a family of squids living in the mountains of Georgia. It is unclear at this time if the character Early will be written off the show or if they will bring in a new voice actor to play him.