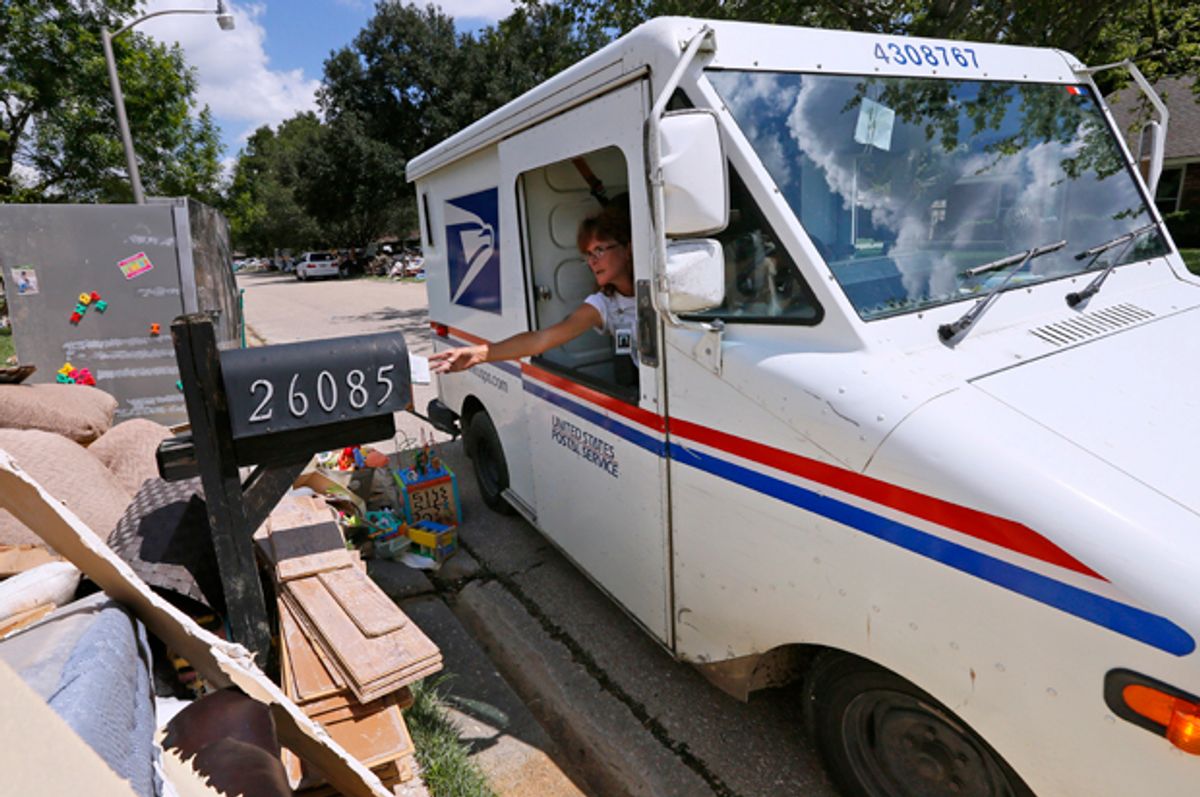 On Tuesday, CNN reported that the Department of Veterans Affairs is increasingly trying to use alternatives to the Postal Service as critical shipments of veterans' medication is delayed, including private competitors like UPS and FedEx.

"The VA acknowledged the change in an email to a veterans group called Disabled Vets of America after it raised the issue on behalf of patients who had reported significant delays in receiving medication from USPS in recent weeks amid a nationwide slowdown, according to a copy of the correspondence reviewed by CNN," reported Zachary Cohen. Areas where the VA is switching to private delivery service "include Detroit, parts of New York and New Jersey, which were identified as hotspots with delivery delays, according to the VA email to veterans group."

"VA has experienced an influx in mail-order prescriptions during the coronavirus pandemic as entry restrictions at facilities have prevented large numbers of patients from refilling their medications in person, a regional VA official told CNN," the report continued.

The VA maintains that it is not completely unprecedented for the agency to use private delivery services, and that most medications still being shipped by USPS arrive within three days. However, according to the Military Times, some senators have reported that they have heard from "hundreds" of veterans who have been waiting for vital medications for weeks, some of whom have missed doses as a result.