"Do mask mandates violate the free exercise of religion? The answer is no." 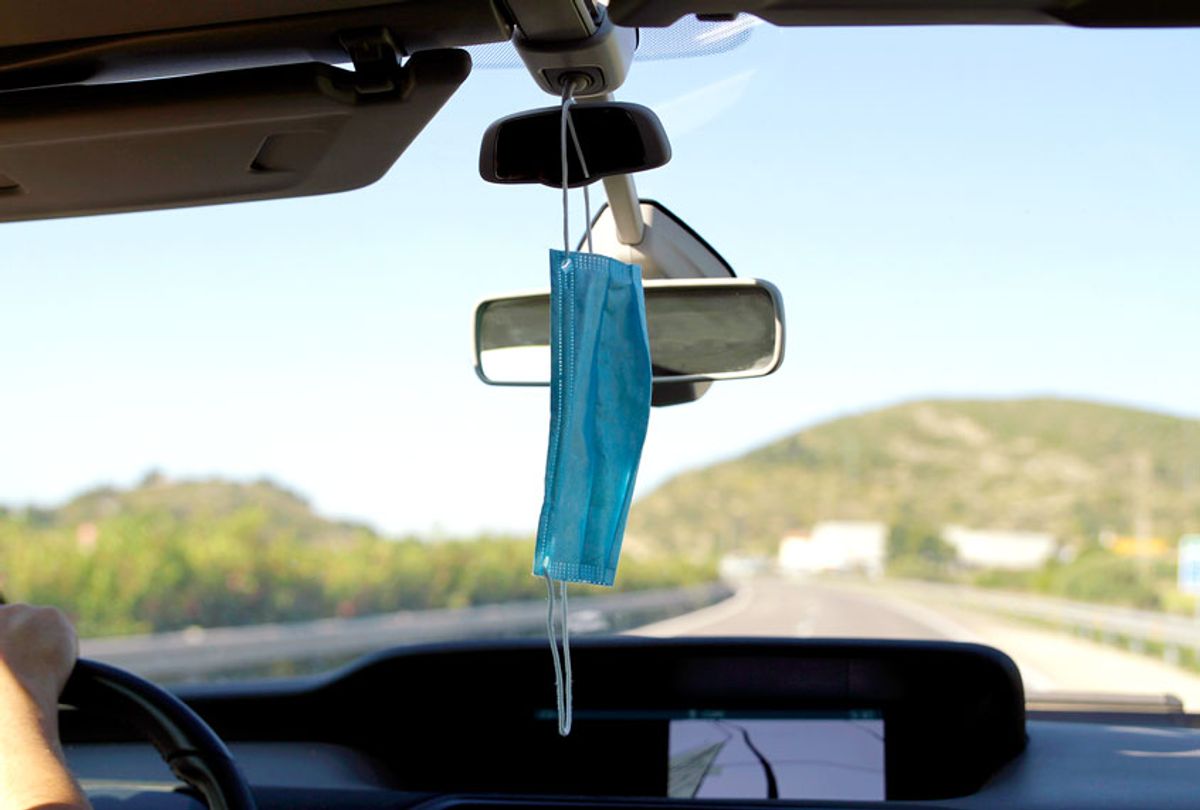 Mask mandates do not violate the First Amendment's protections for freedom of speech, assembly and association, as I wrote recently in a story that examined Constitution-based objections to mask-wearing requirements.

The answer is no. No matter what you believe or why you believe it, the First Amendment guarantee of freedom of religion, known as the Free Exercise Clause, does not exempt you from a public health requirement to wear a mask.

In the Tillis case, the claim is that a mask mandate "should not apply within churches, synagogues and other houses of worship because it interferes with the ability to pray."

The lawsuit, filed by Rev. Joel D. Tillis and Florida State Rep. Anthony Sabatini as Tillis' attorney, challenges a mandate imposed by Manatee County. The plaintiffs allege that masks make "it more difficult … to preach and for members of the choir to sing."

Rev. Joel Tillis, who filed the lawsuit against the Manatee County mask mandate, preaching on Aug. 8, 2020: 'The issue is bigger than about safety now; it's about freedom tomorrow.'

As Justice Antonin Scalia wrote for the Supreme Court in the 1983 case of Employment Division v. Smith, laws that do not intend to single out religion but instead apply widely must be "rationally related" to a "legitimate" governmental interest to be constitutional.

If we assume that a mask mandate applies to everyone and is not intended to single out religion or people of faith, then the government's undoubted interest in protecting public health will almost certainly satisfy the rational basis test.

[Get the best of The Conversation, every weekend. Sign up for our weekly newsletter.]

Alternatively, many states, including Florida, have passed "Religious Freedom Restoration Acts," which typically require courts to use a much more rigorous standard of review, a standard called "strict scrutiny," in free exercise cases.

Under this test, a court will require the law to further a "compelling governmental interest," and the law must be "narrowly tailored" to achieve that interest. This is a much more demanding test than the rational basis test, and puts a much higher burden on the government to justify the law in question.

Which test applies also depends on what the lawsuit claims. If the suit alleges a violation of the First Amendment, a court will ask if the mandate has a rational basis. If the lawsuit alleges a violation of a state Religious Freedom Restoration Act, a court will ask if the law is narrowly tailored to further a compelling state interest.

As I wrote previously, courts are very likely to rule that mask mandates do advance a compelling state interest – the protection of public health – and do so in a way that minimizes the restriction on the constitutional right involved, whether of speech or religion.

Face masks, for example, are far less burdensome than stay-at-home orders or quarantines. Mask mandates that are carefully drafted and that indicate where, and when, the mandate does not apply, such as exemptions for situations where masking is impossible, like swimming or eating or in dental offices, are very likely to pass strict scrutiny.

Consequently, whether a court uses the more demanding strict scrutiny test or the less demanding rational basis test, the result will probably be the same. In the end, religious objections to masks are no more a constitutional obstacle to mask requirements than are objections grounded in free speech.