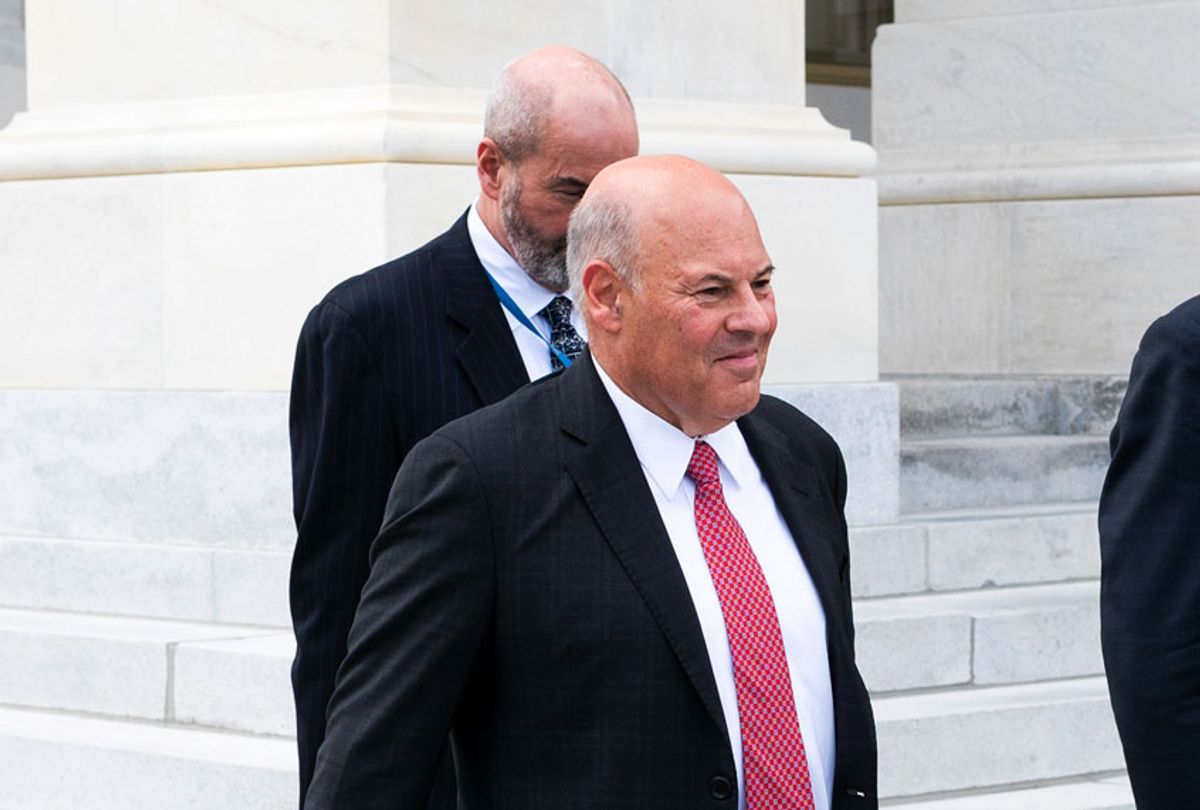 Salon has obtained internal U.S. Postal Service documents that appear to contradict Postmaster General Louis DeJoy's congressional testimony on Friday, in which he told a Senate panel under oath that he was not cutting employee overtime.

The memo, which was provided by a manager to rank-and-file employees, appears to confirm reports that under DeJoy the agency is implementing policies aimed at dramatically curtailing the opportunity for worker overtime, to the point that the memo says flatly on its first page: "Overtime will be eliminated."

Sen. Gary Peters, D-Mich., asked DeJoy whether he had taken steps to "eliminate" or "curtail" overtime. DeJoy said no.

"We never eliminated overtime," DeJoy said. When Peters asked whether it had been curtailed, Dejoy replied, "It's not been curtailed by me or the leadership team."

The content of the internal USPS document obtained by Salon, titled "PMGs expectations and plan," appears to match a memo that was reported by the Washington Post last month. Salon has not yet confirmed whether this is the same document.

The memo does not say that USPS will make employees work extra hours without pay, which would be unlawful. However, it does say that DeJoy's "expectations" include "eliminating" overtime hours — and, it seems, paid time off.

"The new PMG is looking at COST," the memo begins, saying that DeJoy is aiming to make the USPS "financially solvent."

"Here are some of his expectations and they will be implemented in short order," the memo reads.

*POT will be eliminated. This is not cost effective and it will be taken away.

*Overtime will be eliminated. Again we are paying too much in OT and it is not cost effective and will soon be taken off the table. More to come on this.

*The USPS will no longer use excessive cost to get the job done. If the plants run late they will keep the mail for the new day. If you get the mail late and the carriers are gone and you cannot get the mail out without OT it will remain for the next day. It must be reported in CSDRS.

The memo also says that "The plants are not to send mail late. If plants are not on time they will hold the mail for the next day." This could mean, per the memo, that mail carriers might start their routes as late as 9:00 a.m., "but will not start them any later." In such cases, the mail will wait a day.

Mark Dimondstein, president of the American Postal Workers Union, told Salon in a phone call that "DeJoy made the overtime decision."

"He thinks he's going to apply private trucking principles to the Postal Service, do everything in prescribed hours — that cannot work," Dimondstein said.

He pointed to the effects of removing sorting machines.

DeJoy told senators that there was "no intention" to bring back the mail sorting machines he had ordered taken offline, claiming they were "not needed."

Critics argue that the Postal Service has become an unsustainable financial burden on the country. However, the agency appears to have been run more efficiently under the Obama administration, in terms of overtime pay.

That's more than twice as much overtime pay in less than half a year under the Trump administration than the total increase in overtime pay over the four years of Barack Obama's second term.

An audit of the USPS inspector general's 2018 report found that from 2012 to 2016, mail processing overtime increased by about $339 million (or 9.7 million work-hours). In 2017, Trump's first year in office, the Postal Service saw slight reductions in overtime work-hours.

The agency aimed to further reduce overtime in 2018, and that June released a master plan to privatize the service — but the opposite appears to have happened: Mail processing overtime costs increased by $257 million (31 percent) from 2017.

As costs rose, the audit says, mail volume dropped by 1.65%. However, the total mail processing workforce decreased by about 5,000 career employees, and work-hours decreased by even more: 2.1%. This tradeoff appears to have resulted in slight increases in overtime and in overall mail processing staffing cost (0.44%), partly attributed to cost-of-living adjustments.

In other words, under Trump, the Postal Service appears to be short-staffing itself, thereby increasing the burden of work on employees.

A USPS spokesperson told Salon in an email that "what you are seeing did not come from the Postmaster General, in fact it didn't come from headquarters at all."

"We have been trying to correct perception for many weeks," the spokesperson added, pointing out a recent public USPS memo posted online, titled "Just the Facts."

This suggests that under the Trump administration's privatization ambitions, the Postal Service has become increasingly inefficient.

"The idea is to break the bond that the American people have with the Postal Service," Dimondstein said. "And if these steps are not reversed, they're likely to break that bond. If you do that, and the Postal Service cannot provide the service that the American people are used to, then the people might let it go. All package rates would go up. The post office is the public low-price anchor, and when it's gone, private companies can raise prices. All the free delivery, low-cost delivery you see from Amazon and the rest — that would go out the window."

Asked in an email whether the USPS has the intended goal of eliminating or virtually eliminating overtime hours, a Postal Service referred Salon to DeJoy's testimony.

When Salon pointed out that DeJoy did not directly address the question of eliminating overtime hours, the USPS stopped responding to our questions.