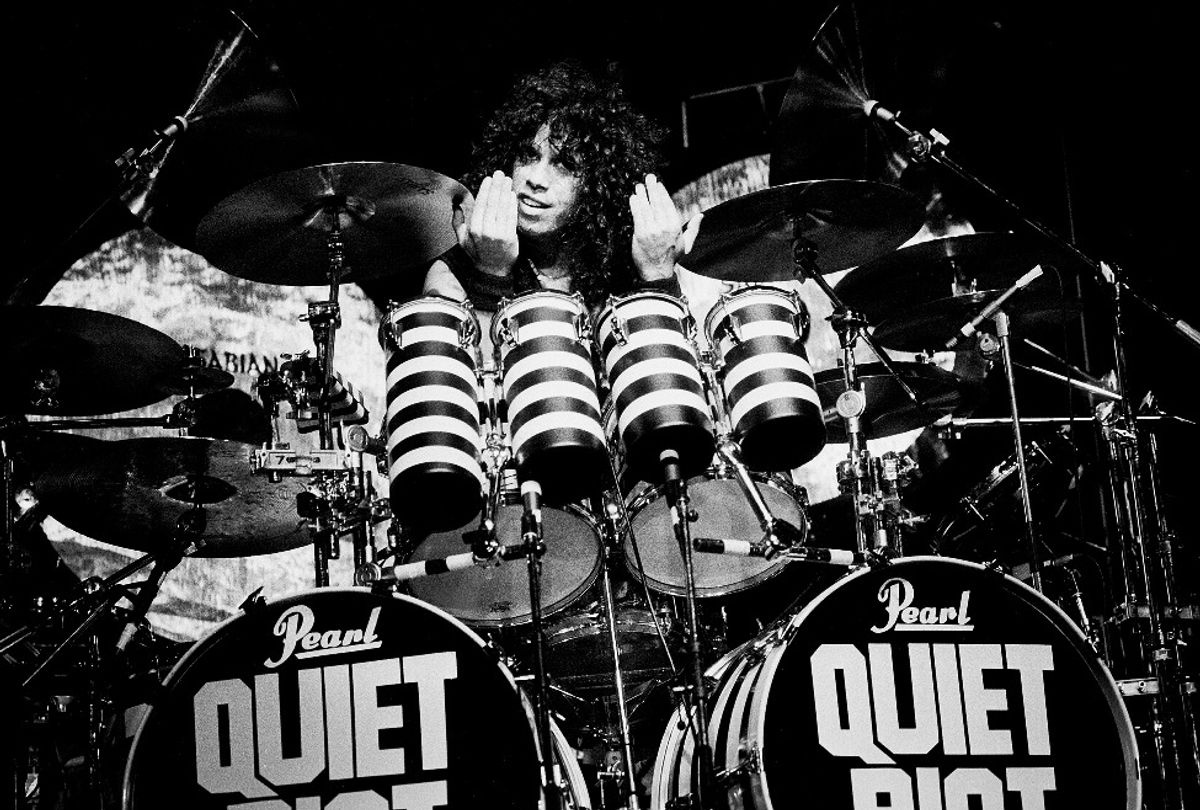 Frankie Banali, who played drums on Quiet Riot's best-selling albums and kept the band going for nearly four decades, died Thursday at the age of 68. He had been diagnosed with stage IV pancreatic cancer last April. The band's agent, Mark Hyman, confirmed the news to Rolling Stone.

Metal Health became the first heavy-metal record to top the Billboard 200, knocking the Police's Synchronicity off the charts; it sold more than 6 million copies. Their 1984 follow-up, Condition Critical, was also a big hit, making it to Number 15 on the Billboard 200 and selling more than 1 million copies on the strength of "Mama Weer All Crazee Now."

"He fought hard until the end," Dee Snider commented on Twitter. "His playing and rock & roll spirit will live forever."

"So saddened to hear of the passing of my drumming brother, Frankie Banali," former Dream Theater drummer Mike Portnoy tweeted. "He fought an incredibly brave battle against cancer and his strength and dignity was truly inspiring."

The group continued in fits and starts with various lineup changes until the present day, with Banali ending as the only original member to continue in nearly all of the band's incarnations. Metal Health guitarist Carlos Cavazo and bassist Rudi Sarzo left the group in 2003, and singer Kevin DuBrow died in 2007. Nevertheless, Banali carried on, and Quiet Riot — with bassist Chuck Wright, who played on two Metal Health tracks — continued recording and touring. The group's most recent studio album, Hollywood Cowboys, came out last November.

"My hero, mentor, Quiet Riot brother Frankie Banali is now resting in peace and pain free," Sarzo tweeted. "I will post a follow up in days to come as try to process this unmeasurable loss."

In addition to Quiet Riot, Banali, who was born on November 14th, 1951 in Queens, New York, played briefly with the members of Ozzy Osbourne's solo band in rehearsals. He also recorded several albums with W.A.S.P. and cut LPs with former Deep Purple singer and bassist Glenn Hughes and Billy Thorpe, among others. Alongside Vinny Appice, he played drums on the "We Are the World"–style charity single "Stars," which Ronnie James Dio organized and called Hear 'n Aid.

"I met Frankie in 1981, when Pat Thrall and myself were preparing to make the Hughes/ Thrall album," Hughes wrote on Instagram. "We needed a drummer. Trust me, we got way more than a drummer. He was always first to arrive at the rehearsal studio in Burbank, and first to arrive at United Western Studios, Hollywood, where we were making the record. Our relationship thrived throughout the years. There was no one more honorable, loyal, courageous, and committed to both music and friendships, than Frankie. He was always there for me, through it all, and never wavered."