The Trump-Putin election scheming is laid out in the Republican-led Intelligence Committee’s 1,000-page report 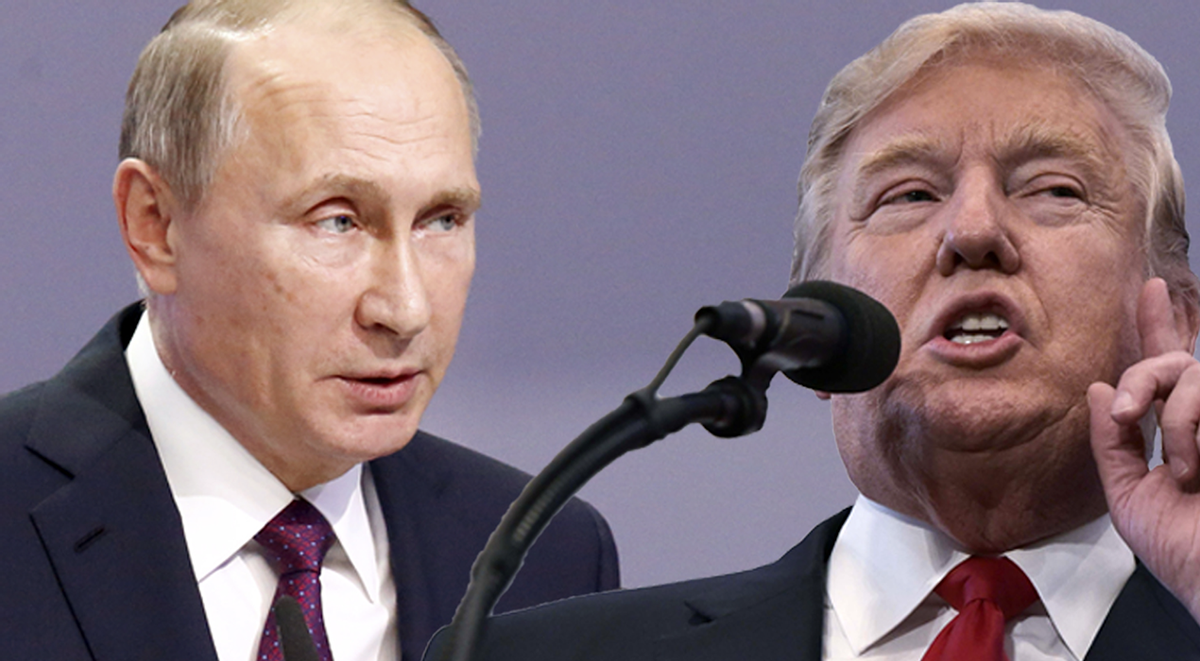 It's a red-letter, if sad, day on the hypocrisy beat when after three years a Republican-majority Senate Intelligence Committee comes out with a 1,000-page report finding there was a whole lot of direct contact between the Trump 2016 campaign with Russian intelligence operators.

You know, the opposite of what Donald Trump has argued forcefully over and over again is a hoax.

Even Marco Rubio (R-Fla.), the new committee chairman, says while it does not represent "collusion" — a conclusion that prompted Sen. Angus King (I-Maine) to say Rubio was not reading the same report he did — he did acknowledge a whole lot of interaction between Team Trump and Team Russia.

Of course,  Special Counsel Robert S. Mueller III also would not put the "collusion" label on myriad interactions with Russians, for different reasons, to avoid a political conclusion. That allowed Trump, Attorney General William P. Barr and supporters of the president, including the convicted Roger Stone and former campaign chair Paul Manafort, to repeat that lack of labeling as a launch point to investigate the investigators.

But the Intelligence Committee did "painted a stark portrait of a Trump campaign eager to accept help from a foreign power in 2016, and a candidate closely involved in the effort," said NBC News.

Here's a link to the report itself, which highlighted some previously unreported evidence, including three allegations of potentially compromising material relating to Trump's private trips to Russia that were unconnected to the dossier compiled by former British spy Christopher Steele, at which Rubio took aim once again.

The committee found that Trump's team knew ahead of time that emails stolen from the Democratic National Committee by Russian intelligence agents would appear in Wikileaks, and worked with Wikileaks to produce an "October surprise" toward winning that election.

Trump repeatedly has denied this, and has denied discussing the emails with Stone, who worked with Wikileaks. He lied to Mueller and to us, and has whined about it for four years. Now, Trump says he wants to meet with Russian President Vladimir Putin again before November and we worry that not enough has been done to forestall new election interference.

Specifically, the committee said it found evidence that Trump campaign chairman Paul Manafort may have been connected to the Russian operation to steal and leak Democratic emails. If that had been proven in court, it would have constituted "collusion," by any definition, but no such charge ever was brought. Manafort was convicted of fraud and tax charges unrelated to Russia.

Still, the report insisted that the Trump transition exposed itself to Russian influence, naming names and labeling the operatives as intelligence agents. "Russian and other countries took advantage of the Transition Team's inexperience, transparent opposition to Obama administration policies and Trump's desire to deepen ties with Russia…"

After three years of investigation, the committee "laid out an extensive web of contacts between Trump campaign advisers and Russian government officials and other Russians, including some with ties to the country's intelligence services," said The New York Times.

According to the report, among other things, Russian spies worked to blame it all on Ukrainian officials and spies, identifying Manafort business associate Konstantin Kilimnik, a Russian intelligence officer.

The report says, "Despite Trump's recollection, the committee assesses that Trump did, in fact, speak with (Roger) Stone about WikiLeaks and with members of his campaign about Stone's access to WikiLeaks on multiple occasions."

We've had the Mueller report. We've had the Trump efforts to undo the Mueller report. We even have a Barr-assigned criminal investigation about to pop on some of those involved in the investigation itself. We've learned about missteps at the FBI. We've been subjected to an onslaught of Trump declarations that he was victimized during this process.

Just Monday, Trump inanely said he deserves a third term, in violation of the Constitution, to make  up for poor treatment at the hands of the "deep state" under Barack Obama and Joe Biden. Trump repeatedly denies that he favors Russia, just as he denied that he or his team had anything to do with seeking to lean on Ukrainians to throw shade on Biden.

Now we have two Republican-majority committees in the Senate teeing up to continue undercutting the FBI and U.S. investigatory efforts looking at Team Trump behavior. Remember, the Justice Department's own independent inspector general has found that the FBI had sufficient basis to open the Russia investigation and acted without political bias, though made some mistakes.

This report affirms much of the Mueller effort that there were dozens of contacts between Trump associates and Russian operatives, that the Trump campaign welcomed Russia's attempts to sabotage the election and "expected it would benefit electorally" from the hacking and dumping of Democratic emails.

How does this Make America Great?