Reading his way through the pandemic: "Not being able to go to the library has been disappointing"

At 68, Yusufu is "like an adopted son" to many of his senior neighbors in their Chicago apartment building 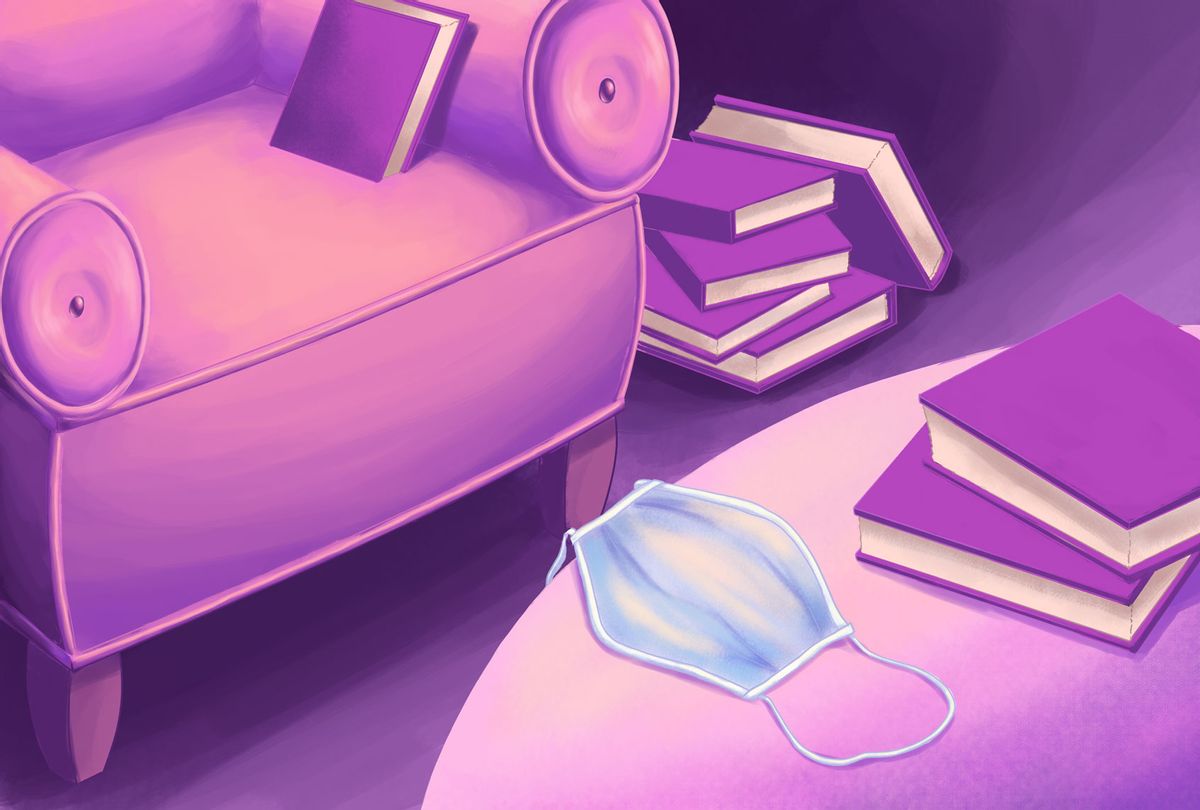 This is an excerpt in the Unheard Voices of the Pandemic series from Voice of Witness. Interview and editing by Audrey Petty. Petty is the editor of the Voice of Witness book "High Rise Stories: Voices from Chicago Public Housing."

Yusufu Mosley, 68, was born in Columbia, Mississippi. When he was eight years old, his family moved north, first to Detroit and soon thereafter to Chicago. Incarcerated as a young man, Mosley spent 22 years in prison. Since his release, he has become an activist-educator on the South Side. Inspired by the example of Ella Baker, Mosley facilitates peace circles, organizes for the rights of incarcerated people, and advocates for food security in underserved Black and Brown neighborhoods. He currently works as simba wasai (village elder) with a local community organization. He lives in Judge Slater Apartments, public housing for seniors, in Bronzeville. In May 2020, he spoke with Audrey Petty about how COVID-19 has affected his life.

I live on the South Side of Chicago, on 43rd and Cottage Grove, in a high rise. When I get tired of the apartment, we have a park area that you can go sit in and watch what's going on in the streets. But now I go sit and the streets are almost empty.

I'm in here by myself right now except for my books and papers, and I don't feel isolated. I can go down the hall and see how other people are doing and if they need anything. Most of them don't have family members who come to see them or are concerned about them. Some of them are going in their eighties. And when they get to know you — I'm like an adopted son, even though I'm 68 years old. They need that kind of caring where people will look out for them and not demand something back. You feel a lot of anxiety coming from people.

I'm not a TV fan. I watch the news and have to turn it off because that's all they talk about: the pandemic. And then it seems — even if they'd probably deny it — they're focused on what whites are experiencing and how now they're protesting to open back up so they can get on with the business of making money even though at the same time they're showing a Black factory of meat cutters — Black and Brown — cutting meat. And they ain't got no masks, they ain't got no protection, and they've said nobody's brought that to them. And Trump is encouraging them to work as if their lives don't matter. Recently he and his vice president were in the middle of a room with everyone else wearing face masks — and they're the only two that don't have them. That's symbolic to me. Like they're saying, "See, I told you we're better than the rest of the world. We don't have to wear masks."

Before the pandemic, how my average day would look depended on what day it was. Three days of the week, I'd go to the library. Take notes, make copies, and then I usually come back home. I have a lot of things I'm researching at one time. One of the things that has always concerned me is culture: what is it? So I go back to where Black culture begins and that's in Africa. I'm talking about culture as ways of life, not just dance, song, and stuff like that. I want to know what the values were before outsiders came in and imposed their values and their systems of operation. I'm focused more on how African people saw themselves, and how they responded to how they saw themselves. Maybe I try to share some of those values and understandings from a particular history and culture that has really been suppressed. One of the reasons I do it so intensely is because it's fragmented.

I love to read. And one of the things this situation has forced me to do is systematize my reading. As I'm talking to you, I'm looking at three books: one on the Haitian Revolution, one on Angola in the 17th century, and one on Nicaragua and the founder of the Sandinista front, Carlos Fonseca. Not being able to go to the library has been very disappointing, but I've got books. I go back and read the books that I've read already and often think of something new.

My challenges really didn't begin with this pandemic. I was in prison for 22 years, so I'm used to lockdowns and that kind of stuff, where you can't go nowhere even if you want to. The only problem was that I had a cellmate then. It's hard to explain. You don't want to be in the cell by yourself, but you also want to be in the cell by yourself because self-reflection is part of that experience. You're exploring "am I really who I am" type of thinking. But you're in a cell big enough to be a closet. And my cellmate: he didn't read, he didn't write, he didn't even write home even when he got a letter. Every time I got a letter, I wrote. In fact, I used to buy embossed envelopes. We called them write-outs. I used to buy a box of write-outs — what about, a hundred or so — so I could keep up with people. Prison was just a physical confinement. I didn't want to be there mentally. A cellmate — they can be a friend or just be somebody who occupies a space on the top bunk.

Here I don't have anybody else in the apartment except myself, so the challenge for me is to maintain the same spirit I had in prison. The longest I ever stayed on prison lockdowns was about 15 months, where you couldn't leave the cell and they wouldn't allow any visits. The task for me is to have the mentality I had then. I'm gonna get through it. It will pass. And be careful.

In prison, you have to watch out for yourself, especially if you're not running with one of the gangs. You're almost always looking over your shoulder or keeping your ears open so you hear things that the guards wouldn't hear, like when they're planning on having a big fight or something like that. I've taken that experience to be watchful of what I do and who I associate with, but also you have to look out for danger when danger's coming even if nobody else sees it. And I don't have clairvoyance in that area, I just know to look out. You know, like this thing here: I'm still confused about this virus. Where it comes from and how it attacks you — all of that. So rather than sit around and argue where it came from with the people I know, I just say, "What are we gonna do about it?" And it boils down to, "What are you doing to do about it, Yusufu?"

Since the quarantine started, I've lost 10 people who were very close to me in one way or another, and I won't be able to say goodbye because of the restrictions on funerals. And one person, I talked to two days before her husband called to tell me she had died. She had just gotten out of the hospital for having a heart attack, and I was chiding her because nobody told me. Her children didn't tell me and, of course, her ex-husband didn't tell me. It still breaks my heart now to even talk about it because we were good friends. The funeral will be limited to 10 people and no hugs, no handshakes will be permitted. And now you have to wear a face mask and the one I have, I can't even breathe when I got it on, so I'd have to take it down every now and then. But I ain't going nowhere, so I haven't had it on.

I don't know if all 10 people died directly because of COVID, but some of the people I knew, they had other problems, too. So it's related to the lack of health care. There's been the revelation that Blacks and Latinos and Native Americans are the primary ones assaulted by this disease. My baby sister, who lives in Arizona, is very tight with the Navajo community there. And she's telling me that they're really suffering on the reservation. They don't have running water in some places. I know that's hard. Those kinds of things distress me.

But in the midst of those 10 deaths, there was a sign of hope. I had a grand-niece born, two weeks into the thing, and my niece has sent pictures. I think there are about 12 pictures where she's looking into the camera and she's smiling. They tell me it's deliberate, that she does that all the time. When she wakes up, she don't cry like regular babies. She starts talking. They're thinking of changing her name to a feminine version of my name because she always talks and I'm always talking. I don't know if there's a feminine version of Yusufu, but they call her Imani now, which is Swahili. It means faith.