"Unprecedented and wrong": Mike Pompeo slammed for address to GOP convention from Jerusalem 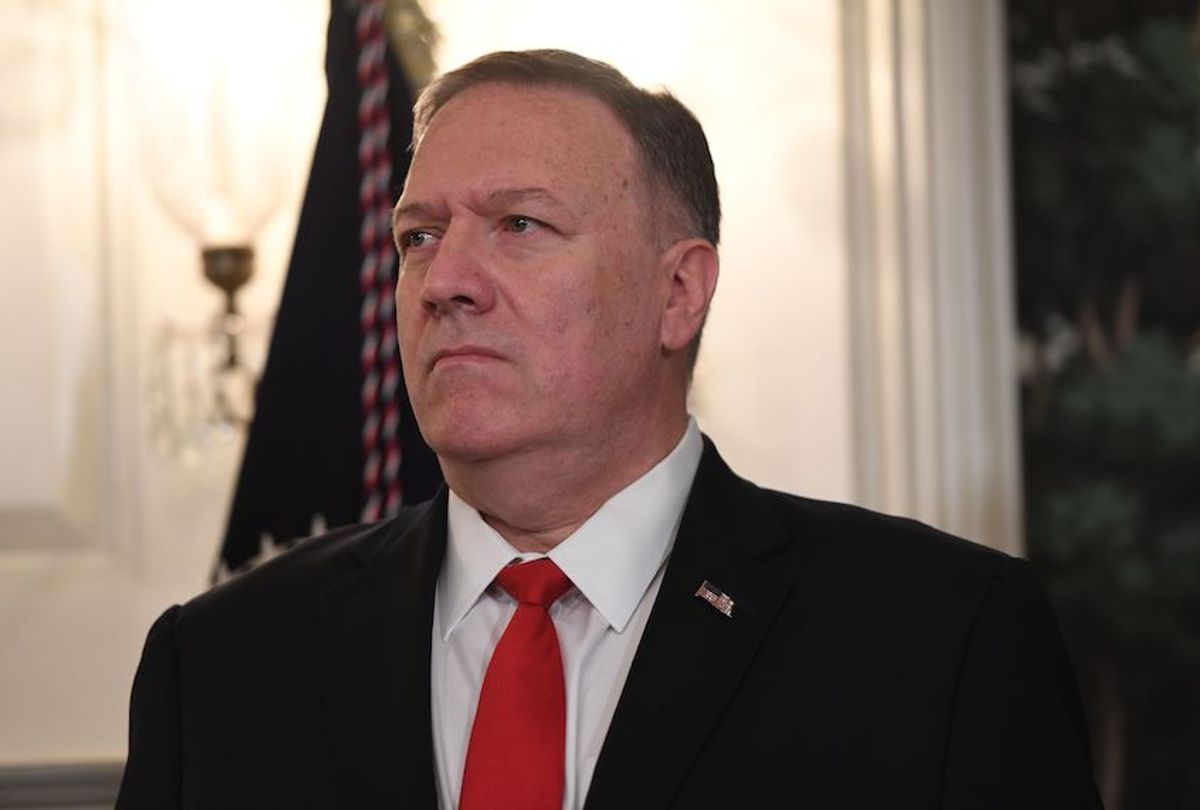 President Donald Trump's reelection campaign announced Sunday that Secretary of State Mike Pompeo will address this week's Republican National Convention—news that sparked swift criticism both because it's unprecedented for the nation's top diplomat to participate in this type of political event and because he will reportedlyspeak from "an undisclosed location" in Jerusalem while he's there on official travel.

Before meeting with Israeli Prime Minister Benjamin Netanyahu in Jerusalem on Monday, Pompeo—a former congressman from Kansas who previously served as CIA director under Trump—wrote Sunday on his personal Twitter account: "Looking forward to sharing with you how my family is more SAFE and more SECURE because of President Trump. See you all on Tuesday night!"

Citing two unnamed sources "close to the secretary," McClatchy reported Sunday that "Pompeo's decision to deliver a speech to the Republican National Convention while on official travel to the Middle East was cleared by" his personal attorney as well as lawyers for the State Department, RNC, and White House.

Wendy Sherman, who served as undersecretary of state for political affairs in former President Barack Obama's administration and led the negotiations for the 2015 Iran nuclear deal, told McClatchy that Pompeo's decision was a "shameful" attempt to appeal to evangelical voters who supported Trump's recognition of Jerusalem as Israel's capital and relocating the U.S. Embassy.

"Pompeo speaking from Jerusalem breaks multiple traditions and norms," Sherman said. "Secretaries of state, as far as I can find, have never appeared at a political convention. They, like the secretary of defense, have been above politics because they stand for America in the world."

"At a time when peace and security in the Middle East is so tough, this political appearance is more than shameful," she added. "Jerusalem should not be a prop in the Republican convention. Pompeo should not tarnish his office by this unprecedented action."

The Times of Israel detailed on Monday how Pompeo's decision constrasts with his predecessors from at least the past couple decades:

Obama's Secretary of State John Kerry, for instance, sat out the 2016 Democratic convention. And when Obama was officially nominated for a second term in 2012, Hillary Clinton was literally half a world away, traveling to the Cook Islands, Indonesia, China, East Timor, Brunei, and far eastern Russia.

It's not just Democrats. When Republicans nominated John McCain in 2008, then-Secretary of State Condoleezza Rice was on a trip to Portugal, Libya, Tunisia, Algeria, and Morocco. Former U.S. President George W. Bush's first secretary of state, Colin Powell, likewise did not speak to the 2004 Republican National Convention.

During a campaign event in Wisconsin last week, Trump said that "we moved the capital of Israel to Jerusalem," referring to his 2017 decision to relocate the embassy from Tel Aviv. "That's for the evangelicals," the president added. Sherman was far from alone in accusing Trump and Pompeo of exploiting religion and using the U.S. Embassy in Jerusalem as a prop for political gain:

Noting on Sunday that "it's very unusual for a diplomat to get involved in domestic politics" and that "this starts to look like using taxpayer-funded federal resources for a campaign," Margaret Brennan, moderator of CBS News' "Face the Nation," askedRepublican National Committee Chair Ronna McDaniel whether taxpayers will be reimbursed for Pompeo's trip. The chair did not provide a direct answer.

"I can only tell you, Margaret, that the events that we've put forward from the RNC and the campaign are going to be paid for by the convention from... the RNC and the campaign," McDaniel responded. "You know, everything that we've put together has changed because of Covid. The president rightly said we're going to leave Jacksonville because we don't want to have resources taken away from a city that's dealing with a pandemic. And he brought it back to the White House, which is his residence."