"We’ll do anything to see ‘Tenet": Meet the fans taking flights for Christopher Nolan’s latest

"I'm seeing the movie like three hours after I land . . . If I get sick, that's my problem," said one fan 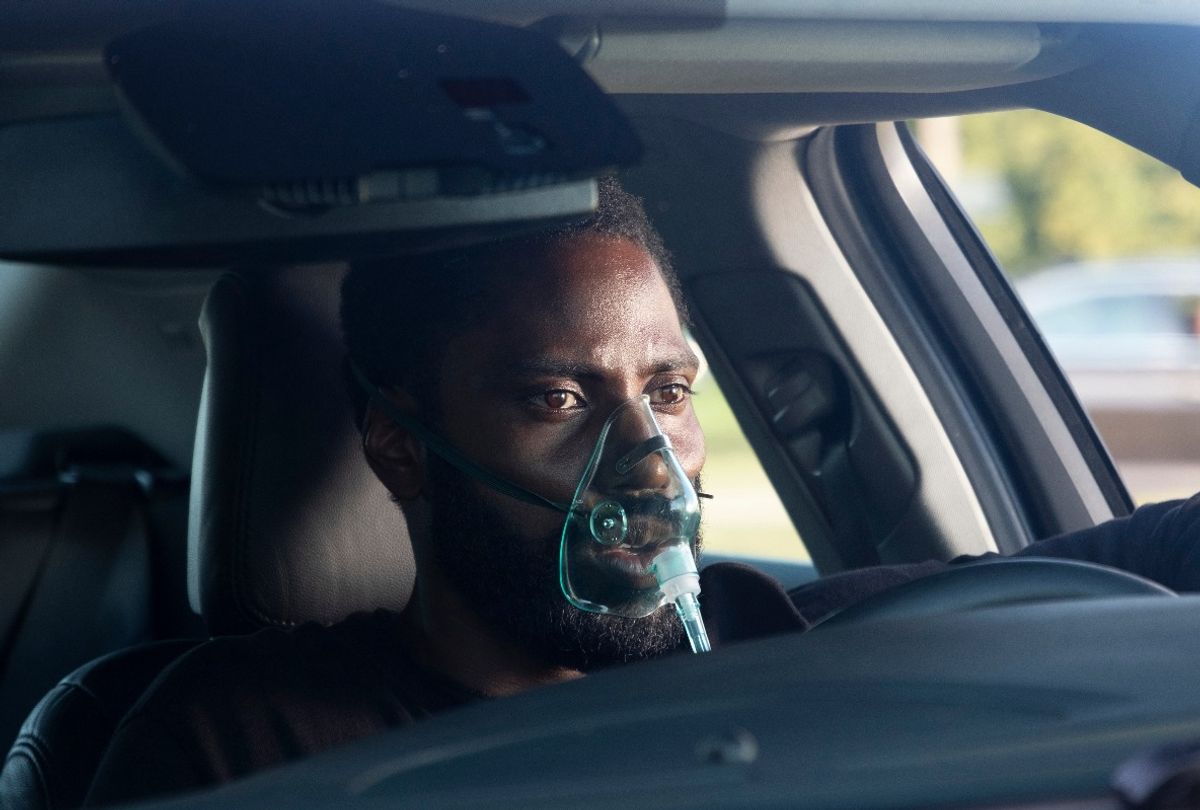 The round-trip flight from Los Angeles to Austin, a three-hour Spirit Airlines journey in time for the Sept. 1 screening, set him back $220. And that's without accounting for the cinema stub itself, popcorn or soda. His plan? Land in the Lone Star state (where movie theaters have reopened), book it to the AMC Barton Creek Square, and see the movie — twice — before returning straight home.

"I'm seeing the movie like three hours after I land. That's the whole purpose of this trip," says a breathlessly excited Tompkins, who's traveling with three others. "My friends think I'm crazy, going all the way across the country to watch it, but we want to show support for this film and we'll do anything to see it."

Though 65% of cinemas across the globe are now open, according to Gower Street Analytics, some international fans keen to see rare 70MM IMAX screenings of the film, and Americans in states with shuttered movie theaters, like Tompkins, are willing to cross state and country lines to be among the first to see "Tenet" on the big screen.

The 24-year-old cinephile moved from Austin to Los Angeles earlier this year with a group of friends, all hoping to break into the film industry as writers, directors and producers. Then, the global pandemic happened, and any glimmer of entry-level work dried up. Tompkins, an evangelical Nolan fan who's been anticipating "Tenet" for months, gets by working as a server at Yard House in Marina Del Rey. As the situation grew dire for California's cinemas, he began quietly putting money aside in case an inter-state journey was an option.

"When we were certain the film was coming out in the U.S. and I saw the theater I used to go to all the time in Austin was showing the movie on Sept. 1, I immediately bought a plane ticket," says Tompkins.

The trip will be his first flight since the coronavirus crisis hit, and his first cinema outing, too. Tompkins, who graduated college in 2018, describes the summer anticipating "Tenet" as an "emotional rollercoaster." "We're just happy it's finally happening. Nolan and Warner Bros. are taking a huge chance on this $200 million movie. We want to make sure we support it in any way possible."

Tompkins is aware some may balk at the lengths — and perceived risks — he's taking to see "Tenet," but there's little trepidation on his part. Friends who've flown since March have assured that face coverings are diligently worn on flights, and AMC's socially distanced seating plans put him at ease.

"I'm not too worried," he shrugs. "If I get sick, that's my problem, but I want to make sure I don't get anyone else sick, so I'll be following the precautions."

Another Los Angeles-based fan set to take flight for "Tenet," who spoke to Variety on the condition of anonymity, likens the experience to "Star Wars" fans camping out for tickets, or Apple users queueing for new iPhones. "It's stupid, yes," says the 30-year-old university administrator who's flying to Salt Lake City over a long weekend, "but it's something I'm interested in."

The film junkie, who plans to catch the film at an IMAX with Utah's Megaplex Theatres, was able to pay for his flight with air miles, forking out a nominal $13 in taxes and fees. Thanks to free lodging with friends, he reckons he can get by on $50 over the weekend ahead of his Aug. 31 screening, for which he's taken Monday off.

Such trips come as the U.S. exhibition sector creaks back to life, with movie theaters in Florida, Texas and Georgia now screening films such as "Unhinged," which played 1,823 venues in North America last weekend. However, major markets like New York, California and New Jersey remain shuttered, and many are critical of all non-essential travel, let alone for an out-of-state movie.

"Travel can be a way of spreading vectors and it does give me pause," he says. "But in general? I think people have been very selfish. People are drinking, gambling, touching cards and chips in casinos, yet there's less shame for that than a handful of movie nerds who are doing this."

There's a wider principle at stake, too. "This [release] will be a referendum on whether or not theatrical for large blockbusters can happen, and I don't want these films to go the way of 'Mulan,'" he says. "If a film is shot for IMAX, I'm interested in seeing it on a large-format screen."

Indeed, the lure of IMAX cinemas, especially those equipped to show crisp 70MM prints — the wide high-resolution film gauge once used to project classic films — has prompted some global fans to cross country lines. However, Europe's resurgence of COVID-19 and knee-jerk government regulations are foiling plans across the continent.

Lukáš Meinhart, a cinema manager based in Prague, Czech Republic, says the pleasure of seeing a Nolan film in "the biggest analogue format out there" is "absolute perfection." This year, the feat is especially challenging as London's BFI IMAX — where Tom Cruise caught an early screening of "Tenet" on Tuesday — is the only IMAX in Europe showing "Tenet" in 70MM.

Keen to take his wife Bettina, who is based in Vienna, Austria, Meinhart booked London flights out of neighboring Slovakia for mid-September — a trip that will amount to around €300 ($350). However, the U.K. last week removed Austria from its "travel corridor" list — a roster of countries permitting safe travel without a 14-day quarantine period — meaning the couple would need to self-isolate for two weeks upon arriving in London, which they're not prepared to do.

"Either they open the borders [again] for Austria by mid-September, or not," the 29-year-old says warily. "I can either cancel the flights and spend time somewhere else with my wife, or take my brother." Further complicating matters is whether a cautious BFI IMAX will even screen the film into September.

"I was pretty sad about it," says Meinhart. "I just wanted to share it with my wife — to show her what cinema means to me." Bettina Meinhart says she simply "can't understand the travel regulations against Austria," and suggest politics may be involved.

And yet, the couple regrets nothing. "We shouldn't stop making plans to realize our dreams, to visit another country and experience something else," Lukáš Meinhart says. "We should be aware of the regulations, but it shouldn't limit us."

In Paris, France, Franck Laniel similarly found himself in the coronavirus crosshairs. A devout supporter of the BFI IMAX, he booked his Sept. 5 cinema tickets as well as passes for the Eurostar train between London and Paris on Aug. 12. "But by Aug. 13, I started seeing that the British government was putting in quarantine measures [for France]. It was just unbelievable," says the 43-year-old. "I was devastated."

France was plucked off the travel corridor list on Aug. 15, meaning Laniel, who's traveled to London for every BFI IMAX screening of Nolan's films since 2012, can't enter the U.K. without his one-day trip, costing the director of photography and his partner around €179 ($211), becoming a two-week stay in a hotel room.

"I'll now have to book either another ride to London…which I obviously won't need if the movie is no longer available at [the BFI IMAX]," complains Laniel.

But echoing a familiar refrain, the hassle is worth it for Nolan. "He's taking lengths to shoot in IMAX so, as far as I'm concerned, if he's going to do that much work, I'll try and make the effort to see it in IMAX," says Laniel.

"If the movie industry doesn't realize there's a difference between a movie made for TV, and a film made for theaters, the business is really going to feel the pain in the coming years."