"The tweet glorified violence, specifically condoning an act of violence that may be replicable by a civilian" 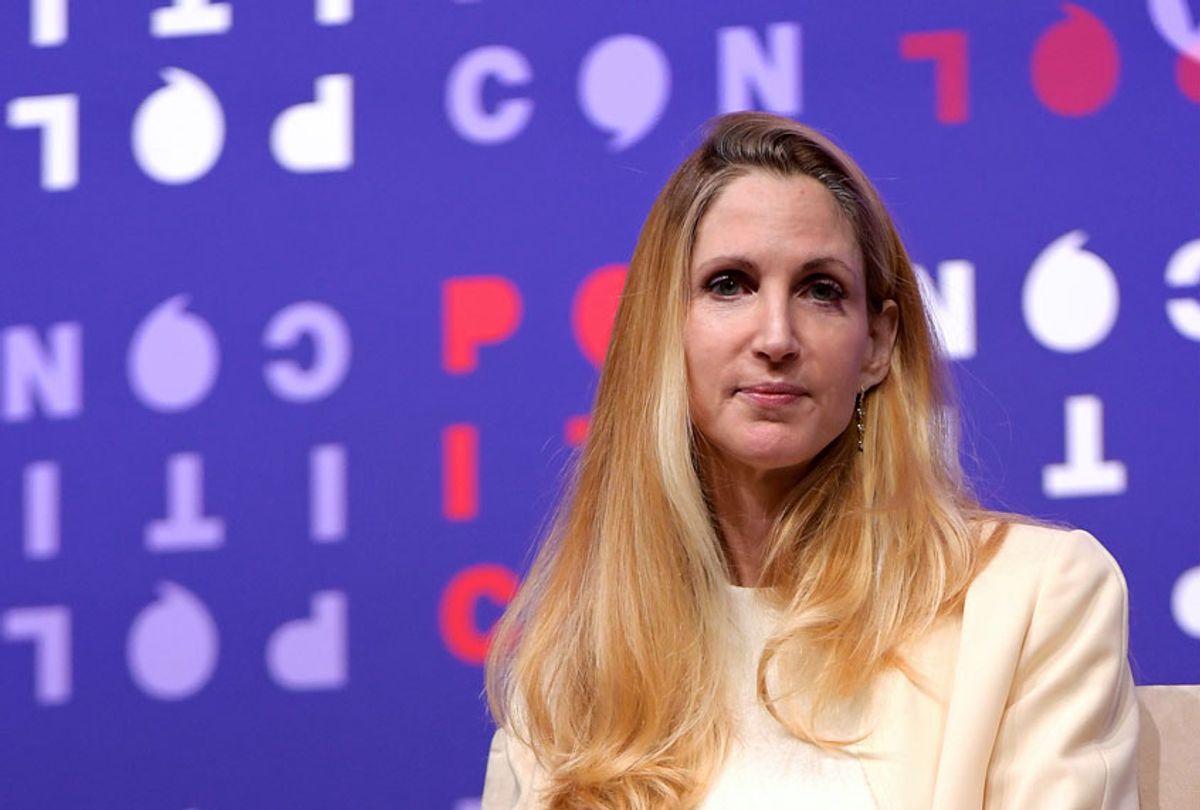 Ann Coulter was at the front of the pack of right-wing provocateurs who fêted a 17-year-old arrested Wednesday on first-degree murder charges for fatally shooting protesters in Kenosha, Wis., tweeting she wanted the teen "as my president."

A Twitter spokesperson confirmed to Salon that the platform forced Coulter to delete her tweet for violating its rules about glorifying violence.

"The tweet glorified violence, specifically condoning an act of violence that may be replicable by a civilian," the spokesperson said in an email.

RELATED: Calls grow for Tucker Carlson to be fired from Fox News over accusations of "inciting violence"

"On the argument of vigilante justice, when you have no police around to defend businesses and people who are being attacked — and their livelihoods burned to the ground — then there is a void that is filled," Pavlich said Thursday on Fox News.

"Just as it is fair to say that rioting and looting is a completely inappropriate response to George Floyd or Jacob Blake, vigilante justice is a completely inappropriate response to the rioting in the street," Wallace said. "There is no justification for what happened in Kenosha, and vigilante justice is a crime and should be punished as a crime."

"Do not try to take a weapon away from a man or bear the consequences," Gosar wrote. "The criminals here: Kenosha local government that allows the riots, burning and looting night after night. Armed citizens defending themselves will fill the vacuum."

The shootings came amid civil unrest following the shooting of Jacob Blake, a 29-year-old father who was captured in a viral video being shot in the back at point blank range by Kenosha police. A family attorney said Blake's children were present on the scene. He is now paralyzed.

Kenosha Chief of Police Daniel Miskinis appeared to extend the blame to violators of the city's 8 p.m. local time curfew.

"Everybody involved was out after the curfew," Miskinis said in a news conference Wednesday. "I'm not gonna make a great deal of it, but the point is: The curfew's in place to protect. Had persons not been out involved in violation of that, perhaps the situation that unfolded would not have happened."

The suspect, identified by police as Kyle Rittenhouse, was revealed to be avid supporter of law enforcement and President Donald Trump by BuzzFeed News. Following the shooting, Rittenhouse fled across the state line to his Illinois home town and later turned himself in at a local police station. He is due for a Friday court hearing regarding extradition to Wisconsin, where he is wanted on a warrant charging first-degree intentional homicide.

Right-wing responses to the shooting shocked many people on social media such as Hannah-Jones and Shannon Watts, the Founder of Moms Demand Action, for their apparent attempts to justify violence. Huff, the former Giant, called Rittenhouse "a national treasure" in a since-deleted tweet.

"This goes beyond being provocateurs," Shannon Watts, the Founder of Moms Demand Action, tweeted. "Ann Coulter, Tucker Carlson and Fox News are encouraging Americans to murder one another."

"How shocked are we that 17-year-olds with rifles decided they had to maintain order when no one else would?" he asked.

Carlson also argued that state and local authorities had "abandoned" the city and "refused to enforce the law," claiming that they "stood back and watched Kenosha burn," despite reams of video evidence showing police on the scene.

"So are we really surprised that looting and arson accelerated to murder?" Carlson wondered.

Donald Trump Jr. also swung to Carlson's defense, claiming that his words had been "willfully twisted" while misquoting those words. (Carlson said "authorities"; he did not say "leaders.")