T'Challa forever: We lost Chadwick Boseman but not the symbolism of what he represents

The "Black Panther" star's death has shocked the world. But he leaves a legacy that will inspire us for years 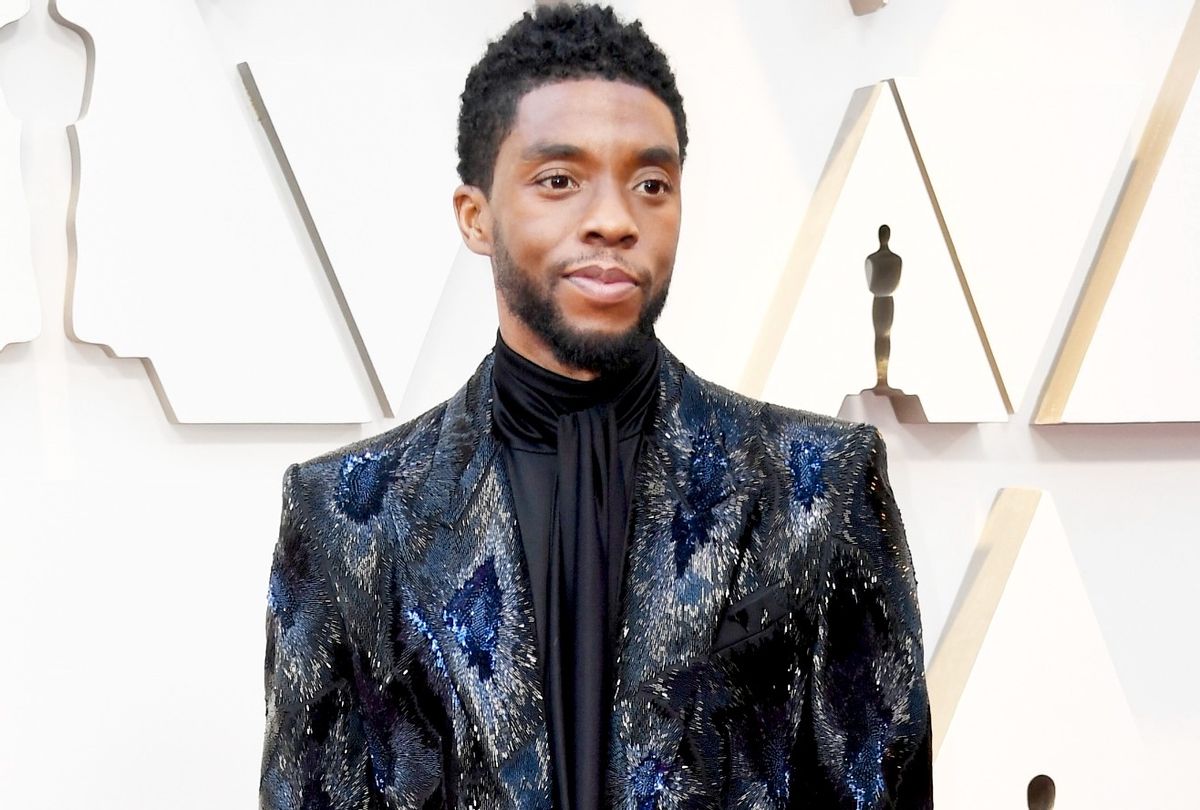 Hollywood is lousy with stars. Within its manufactured firmament there are levels – celebrity, public figure, A-lister, several grades lesser.

Only a precious few will ever be considered icons, and fewer still become symbols. Being one is not a prerequisite for becoming the other, but not every icon ascends to represent something greater than themselves or a part in a movie.

Hence when the news of Chadwick Boseman's death broke on Friday, masses of us understood that this loss was substantial, that this one's going to bruise. The actor was synonymous with King T'Challa, the Black Panther. But before that he'd embodied other celebrated icons – James Brown in the 2014 release "Get On Up" and Jackie Robinson in 2013's "42."

Boseman's death coincides with Major League Baseball's observance of Jackie Robinson Day – a celebration traditionally held on April 15 that happened to be postponed this year along with the official baseball season, due to the coronavirus pandemic.

Symbols tend to be marked with coincidences that add to their legend. Then again, this could be one of those mysterious happenstances that fades into interesting trivia further down the road. What matters in the aching now of this loss is the consideration of what Boseman himself represented not only in becoming T'Challa but by way of the other roles he's played, including a young Thurgood Marshall in 2017's "Marshall" or even his messianic Vietnam War squad commander Stormin' Norman in Spike Lee's "Da 5 Bloods" from earlier this year.

In all of these parts Boseman radiates a gentle, firm, principled righteousness. Many successful actors are blessed with a hero's mug, but Boseman is one of a very few who naturally exudes goodness and strength, who embodies proud Black resilience. All of this echoes in his wake.

And while we'll never know if another actor would have made a similar impact in "Black Panther," we do know that Boseman won millions of hearts in that role. We know this for the simplest and sweetest of reasons: Boseman and T'Challa are the only figures worthy of a bit that aired during the February 28, 2018 episode of "The Tonight Show Starring Jimmy Fallon" in which everyday folks lined up to thank him for his work in "Black Panther."

Except it wasn't him they were thanking in what was supposed to be a recorded video segment. It was a movie poster of his likeness.

Make no mistake, the bit starts out awkwardly. "Darren here," says the first man after being directed by an assistant to speak his heart to Boseman's . . . official movie photo. "Just want to say thank you so much for making 'Black Panther.' I can't express how much it means to me and the community and my family. Thank you from the very bottom of my heart for all that you've done, for really being the hero that we really need in a time like this."

There was more to the segment, thank goodness. Boseman was waiting nearby, viewing the testimonials on a screen before popping out from behind a curtain to greet Darren and others who came after him.

Watch the interactions closely and you'll notice no hint of swagger on Boseman's part or even a mote of movie star distancing between himself and his admirers. The exchange isn't one of superstar and supplicant but a meeting of equals. He emerges from hiding, and they mark their delighted shock with a squeal or a laugh or speechlessness. After that comes a genuine embrace.

And the messages are fundamentally alike in that the gratitude is directed at Boseman's willingness to become a symbol.

"I cannot tell you how much it means to have you step into the role as our King and be holding it with such grace and poise and joy," one woman says.

"This movie made me realize our stories need to be told," another woman offers. Then comes Kwabena Abboa-Offei, who shares that his father from Ghana. "He's a scientist," he says, adding, "My mother, my sisters [are] brilliant African American women. So basically everything that represents me was honored in this movie."

The morbid fact about symbols is that most earn that mantle in death whether they wanted it or not. Boseman, to our great fortune and benefit, wore it in life like that hero's suit, close as a second skin but not tightly enough to chill his humanity.

Then think of how young he was, how many more heroes he had to play and people he had yet to inspire. He was 43 years old. Still on his way to the mountain's peak.

That 2020 has taken so much and so very many people from us is a depressingly common refrain in a dirge with verses between choruses that keep getting shorter. Sustaining this loss in the midst of a revolution where the worth of Black life still must be affirmed and the insistence on recognizing our greatness has grown louder is especially painful.

Symbols spark movements and keep their flames lit. This movement has many but the Black Panther and the dream of Wakanda looms large with people of all ages, children in particular. Some will argue that Boseman's superhero is corporate creation, but I don't think that gives the man his proper due.

According to a statement posted on Boseman's Instagram account, he had been diagnosed with Stage III colon cancer in 2016, which had progressed to Stage IV. That means between chemotherapy treatments and surgeries he filmed multiple Marvel movies in which he appears as T'Challa: "Black Panther," "Captain America: Civil War," "Avengers: Infinity War" and "Avengers: Endgame," in addition to "Marshall," "Da 5 Bloods," "21 Bridges" and the film adaptation of August Wilson's "Ma Rainey's Black Bottom," debuting on Netflix later this year and expected to place him in contention for an Oscar.

This is not the output of a typical human being grappling with a terminal illness. This is what someone does when they're aware of the legacy they're leaving and what that will mean to the millions to whom it is bequeathed. It seems to me that this is the striving of an energetic person looking out at the broader significance of what his work means to the world and soldiering on until he couldn't anymore.

Symbols are precious to us because they shore up our sense of identity, of the best of who we are and can be. Boseman's family is mourning the loss of a loved one they knew best, while millions of strangers mourn the departure of a person with whom we connected through our screens.

For millions of children and adults who before Boseman had never experienced "a great American superhero movie with . . . people that look like me," as participant in that Fallon video put it, losing him is nevertheless legitimately devastating. But the tremendous solace movies and television offer is that they grant our symbols immortality, granting us access to their inspiration whenever we need it.

In this moment, this loss hurts. But for people yearning for a superhero and a champion to call their own, what Boseman gave to the world is forever.