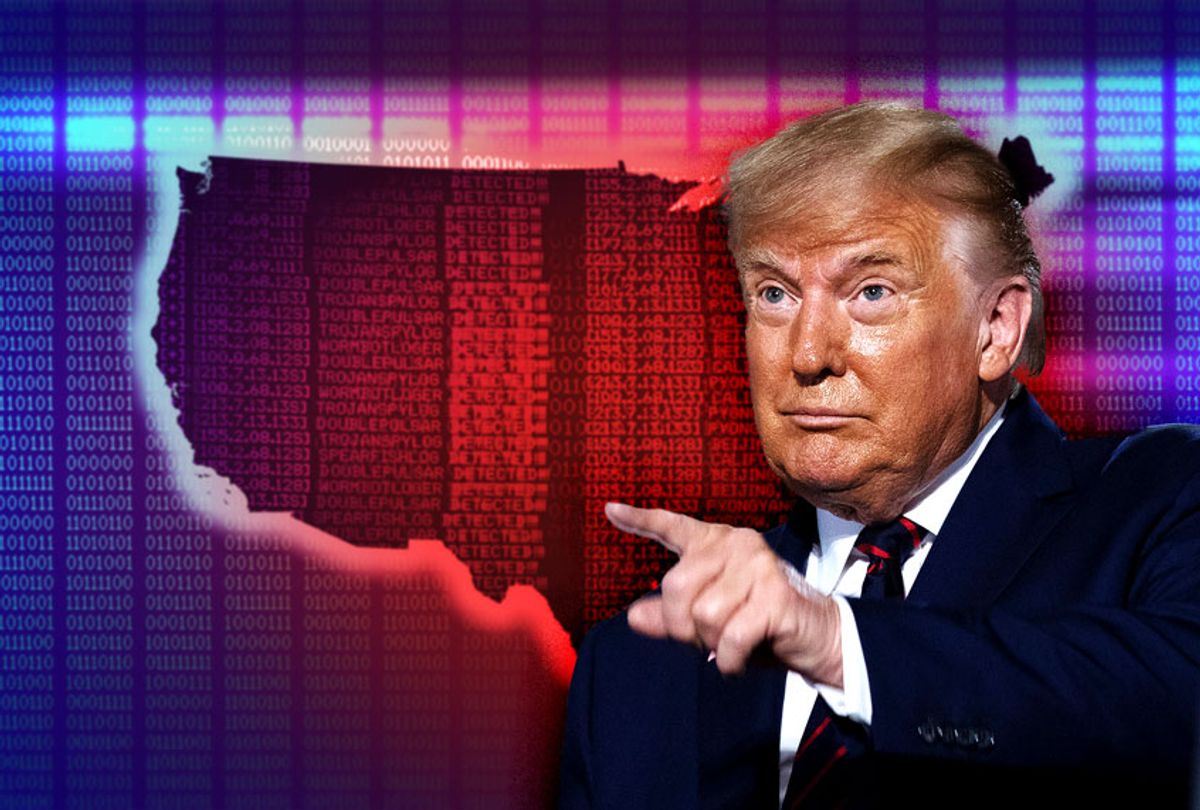 A top Democratic data firm warned that election night could be plunged into "chaos" if President Donald Trump appears to have a big lead in Election Day vote before all of the mail-in ballots are counted.

"We believe that on Election Night, we are going to see Donald Trump in a stronger position than the reality actually is," Josh Mendelsohn, the head of the Michael Bloomberg-funded data firm Hawkfish, told Axios.

About 40% of voters plan to vote by mail, nearly double the total in 2016, according to the firm's polling. But while more than 50% of Joe Biden supporters intend to vote by mail, only 20% of Trump's supporters plan to do so. This could result in a big lead for the president on election night, with a large number of mail-in ballots left to be counted.

Mendelsohn, whose firm also works for the Democratic National Committee and pro-Biden super PACs, told Axios that the "mirage" could result in "chaos in America."

"We are sounding an alarm and saying that this is a very real possibility, that the data is going to show on election night an incredible victory for Donald Trump," he said. "When every legitimate vote is tallied and we get to that final day, which will be some day after Election Day, it will in fact show that what happened on election night was exactly that, a mirage. It looked like Donald Trump was in the lead and he fundamentally was not when every ballot gets counted."

One of the scenarios that the firm modeled projected that Trump could hold a lead as high as 408 to 130 electoral votes, if only 15% of mail-in ballots are counted by Nov. 3. But the lead could flip to Biden's favor within four days once more than 75% of the mail ballots are tallied. That model projects that Biden would win 334 electoral votes to 204 even though Trump might have appeared to win a landslide victory on election night.

The model was based on a nationwide poll of more than 17,000 voters. The firm's modeling predicted that states would count about 25% of their mail ballots per day, resulting in a four-day delay, while states that already have high mail participation rates could count all of the ballots within two days.

Trump himself has predicted that the count may take "weeks" or "months" or even "years," though Hawkfish predicts the count will take much less time.

Nate Lerner, the founder of the progressive grassroots firm Build the Wave, said that media outlets should especially heed the firm's warnings.

"The media needs to change how it covers election night this year and make it extremely clear that the results on election night are NOT definitive as millions of mail-in ballots still need to be counted," he tweeted. "This is how Trump could steal the election."

Richard Haas, the president of the Council on Foreign Relations, called the projection a "nightmare scenario" that would test whether "US democracy [is] up to the challenge."

Haas said the prediction was "not far-fetched" given Trump's attempts to already label it a "rigged" election but warned that there could also be "clashes in [the] streets" and the possibility that "foreign actors would try to exploit" the situation.

At the same time, some Republicans worry that Trump's repeated attacks on mail-in voting could backfire, especially in key swing states.

"There is a real concern that (Trump's actions) will end up suppressing the Republican vote," Amy Koch, a Minnesota Republican strategist, told Reuters. "We are trying to tell voters that mail voting here in Minnesota has safeguards, but I worry that Trump has the biggest megaphone and can blow the whole thing up."