"Did you write this because you wish your mother was dead?": No — the exact opposite

I had always felt responsible for my mother's life. It took me years to understand why and to change my view of her 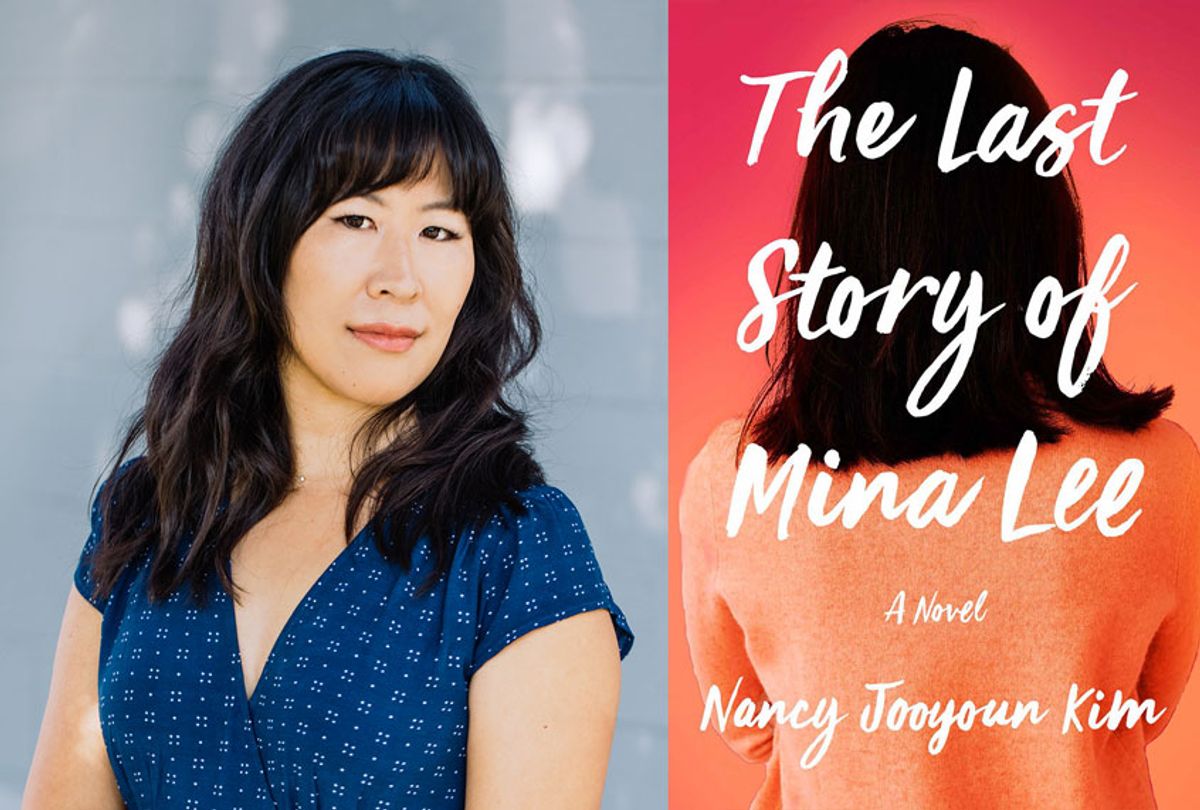 After learning the premise of my novel about a young woman's pursuit of the truth of what happened to her mother on the night of her mysterious death, several people have asked only somewhat jokingly: "Did you write this because you wish your mother was dead?"

But the exact opposite was true. I wanted my mother to live forever. Ultimately, I wrote about what was for many years my greatest fear — that one day my mother would not pick up the phone and that I wouldn't be able to reach her in time to save her. I would never be able to repay her for all she'd done.

My mother immigrated to the United States in the 1970s to marry my father, who had been in the Los Angeles area since the 1960s, arriving for a PhD program on a student visa. From what I could tell from photographs and stories that I've heard from family, after a very difficult period during the war of escaping what is now North Korea, my mother had what seemed to be a magical life once her family could gain some traction in South Korea. Her father, my grandfather, was an artist, and because she was beautiful and muse-like, and often nervous but charming, she was spoiled. She herself went on to study painting, graduating with a degree in studio art, mostly working with watercolors in a naturalistic and traditional style.

But when she moved to America in her early 30s, she found herself trapped in a marriage and a country that seemed to despise her. My parents fought constantly, sometimes violently, and my father drank excessively. He eventually abandoned my family when I was six, and our lives turned upside down since my mother didn't have the English or the business skills to have much of a career for herself. She disappeared into graveyard shifts or behind the counter at fast-food restaurants. She eventually saved up enough to own her own clothing shop in a working-class swap meet, but the earnings were small, and the hours were brutal and long. I had felt like this country had ruined my parents' lives. Yet my mother stayed here because she didn't think it would be responsible to displace her children in another country, South Korea, where we didn't speak the language or know the culture. We were American after all.

In some ways, this made me feel like I was the reason that kept her from living the life that she always thought she would have. She had seemingly sacrificed everything for me, a daughter who possessed more resources — American-born, fluent in English, and educated here. I have always felt responsible for my mother's life.

Then years later in 2004, when I was in my early 20s, my estranged father died in a car accident weeks before I was to move from my hometown of Los Angeles to Seattle for graduate school. After the news of my father's death, I spent days floating through life as if watching my life on a screen, removed from myself. Not only was I deeply saddened by the sheer tragedy of my father's life, including the permanent separation of him from his mother and siblings during the Korean War, but I was grieving the loss of seeing how or if our failed relationship could ever play itself out differently. There would be no painful reconciliation. The pain of the unknown and the unsaid would remain with me for a long time.

Two weeks after the shock of his death, I had no choice but to move to Seattle for graduate school. There I developed the fear that my mother, 1,100 miles away in Los Angeles, could die suddenly without me there, as if I was the one who assembled her each day, animating her into life. Each time I would pick up the phone to call her, I would imagine what would happen if she didn't answer. Would I fly to Los Angeles immediately? Who could I call to check in on her? We have only some distant relatives in Los Angeles, Canada and Korea and I have none of their phone numbers. I have always relied on her to communicate with them. I have always relied on her to be that connection between us all.

But what I was too young, too immature to admit to myself was that I needed her more than she needed me. I understand that now. I needed her to hold on to her life so that I could defer what I had been avoiding all along: my culture, my history, myself. From the Korean food that I always counted on her to cook to the relationships with my grandmother, aunts, and uncles abroad, she was a repository for knowledge that I could not take on, maybe from laziness or denial. After all, she was the woman I once marveled at as a child, the woman who could carve the skin off an apple into a single ribbon that would fall, still coiled, into my hands. She was the woman who would boil buckwheat noodles, cool them off after rinsing them in the sink, and then place a bite size into my mouth as a reward for standing beside her the entire time. I just wanted to be near her. Back then, we never needed words to say how we really felt about each other.

But then as I entered middle school outside of Koreatown, through a special program in a more affluent neighborhood, and began to compare my mother to other people's parents, parents who had weekends off and health insurance, parents who didn't work all the time and yell at their kids every time they fell down, I became angry and depressed. The apples my mother still sliced seemed mealy and brown. I wanted ice cream and cake. The noodles weren't as exciting as pizza or hamburgers. Her dishes were boring and tired. My mother, who worked and cooked and cleaned from the crack of dawn to night, was embarrassing and inadequate. In my mind, she oscillated between sheer neglectfulness and obsessiveness over my life. She didn't seem to notice my feelings at all, but remained laser-focused on my skin, my hair, my body. Perhaps this was a way of gaining some sense of control over the fact that I was clearly "outgrowing" her. I would abandon her one day too after all.

But it took me years of adulthood, at least a decade after my father died, to admit to myself the truth: I felt responsible for my mother's life because in secret I had internalized all the beliefs about her that I learned from this country, its culture — that because she didn't speak English she was childlike, that because she didn't have a husband, she should be frightened all the time, that because she was poor, she would always be vulnerable and weak. When in reality, women like my mother — who came to this country and survived for decades on her own, who do not speak English well, who despite how hard they worked remain poor — are not only ingenious in their creativity and resourcefulness but very much have their own narratives, their own stories to tell. They are the engineers of their own lives and they have so much more to be proud of beyond their children and their children's accomplishments. My mother is not a failure; rather she is proof that, despite all the discrimination and hardship she has experienced in this country, one can remain full of earnestness, humor, and soul. This isn't a testament to the opportunities of this nation but an example of how human beings will always, despite the powers that be, resist erasure through the impressions, large and small, that we make upon each other, through the narratives that can sometimes emerge from even the briefest of encounters. My mother remained human and magnificently flawed through it all.

And it was only until I admitted to myself my own internalized hatred toward my mother, that I was finally able to write about how I truly felt with the depth and complexity that our relationship deserves. Although my fiction is not autobiographical, the feelings in it, particularly the feelings toward my mother, are very real and very alive.

Through the death of the protagonist's mother in my novel, I was forced to reckon with the fact that maybe, despite my sense of resentment toward my mother growing up, I needed her, a foreigner, as a place to direct my sense of anger toward the world, unjust and cruel to so many, and to direct my love for life as well, in the details of the tenderness that can exist between a mother and daughter. Like many targets of hatred and xenophobia, she was a screen onto which I projected my deepest fears, and my deepest desires. But she is nobody's screen, and when we realize this, all we have left is ourselves, and the brutal truth of who we are.

I've grown through and out of this nightmare, just like I've grown through my first novel. There are many more fears to have and many more stories to tell, but my actual relationship with my mother, and with myself, has never been better than it is now. We talk more often and more honestly than ever before. Whatever happens to her I know that I'll survive, because I asked myself these questions in the process of writing: What kind of person do I want to be? What matters to me most? And the answers are in the stories that I tell myself and this world.

Born and raised in Los Angeles, Nancy Jooyoun Kim is a graduate of UCLA and the University of Washington, Seattle. Her essays and short fiction have appeared in the Los Angeles Review of Books, Guernica, NPR/PRI's Selected Shorts, The Rumpus, Electric Literature, Asian American Writers' Workshop's The Margins, The Offing, and elsewhere. "The Last Story of Mina Lee" is her first novel.