"I don't recall": Pence tells Fox News he can't remember if he was on standby for Trump 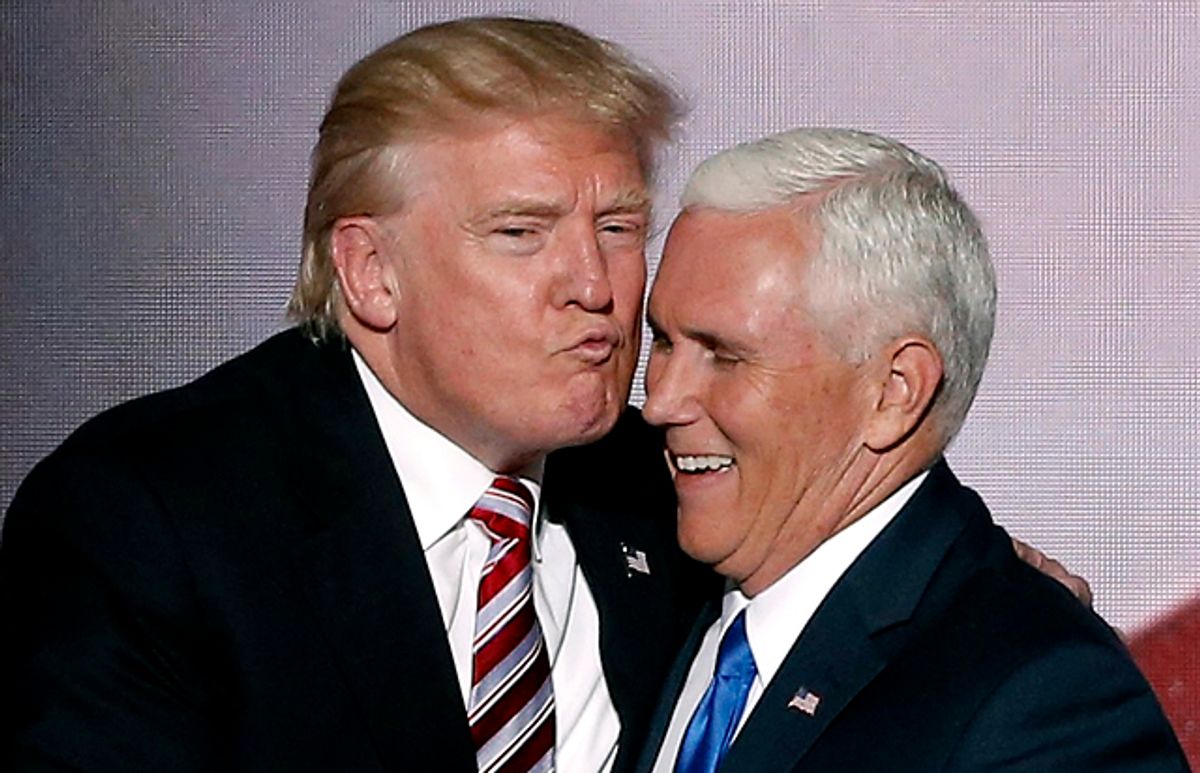 The White House claimed that the president was simply going in early for the first phase of his annual physical, though as many people pointed out, that's not a thing. And Schmidt reported that Vice President Mike Pence was told to be on standby to take over the duties of the presidency in case the president went under anesthesia, though reportedly that step was not necessary.

Fox News host Bret Baier brought up the reporting Tuesday night during an interview with Pence, seeming to catch the vice president off-guard. Pence clearly wanted to avoid answering the question, and when pinned down, claimed he didn't "recall" being on "standby" — extremely evasive language that suggests he may be relying on technicalities to justify essentially lying to the public.

"Um," Pence said, taking a beat. "President Donald Trump is in excellent health." (This is not true.)

He continued, still talking around the question: "And um, Bret, I'm always informed of the president's movements. And whether it was on that day or any other day, I'm informed. But there was nothing out of the ordinary about that moment or that day, and I just refer any other questions to the White House physician."

Baier kept pushing: "But as far as being on standby?"

It was a clear opportunity for a flat denial of Schmidt's story, but Pence couldn't manage it. He continued with weasel words.

"I don't, I don't recall being told to be on 'standby,'" he said, emphasizing the word as if to suggest the importance of the precise language of his denial. "I was informed that the president had a doctor's appointment."

"I don't want to spend too much time on it, I just want to be clear—" Baier said.

"I gotta tell ya, part of this job is that you're always on standby as president of the United States," Pence said. "But the American people can be confident that this president is in remarkable good health."

It's not clear why he couldn't just say: "That story is not true." Which, of course, suggests it is true. It doesn't mean that rumors Trump had "mini-strokes" — which the president denied on Twitter — are true, however. It may be more likely that the president had some kind of medical need that he is too embarrassed to tell the public about. But the fact that the White House seems to be lying and misleading about what happened is unacceptable.