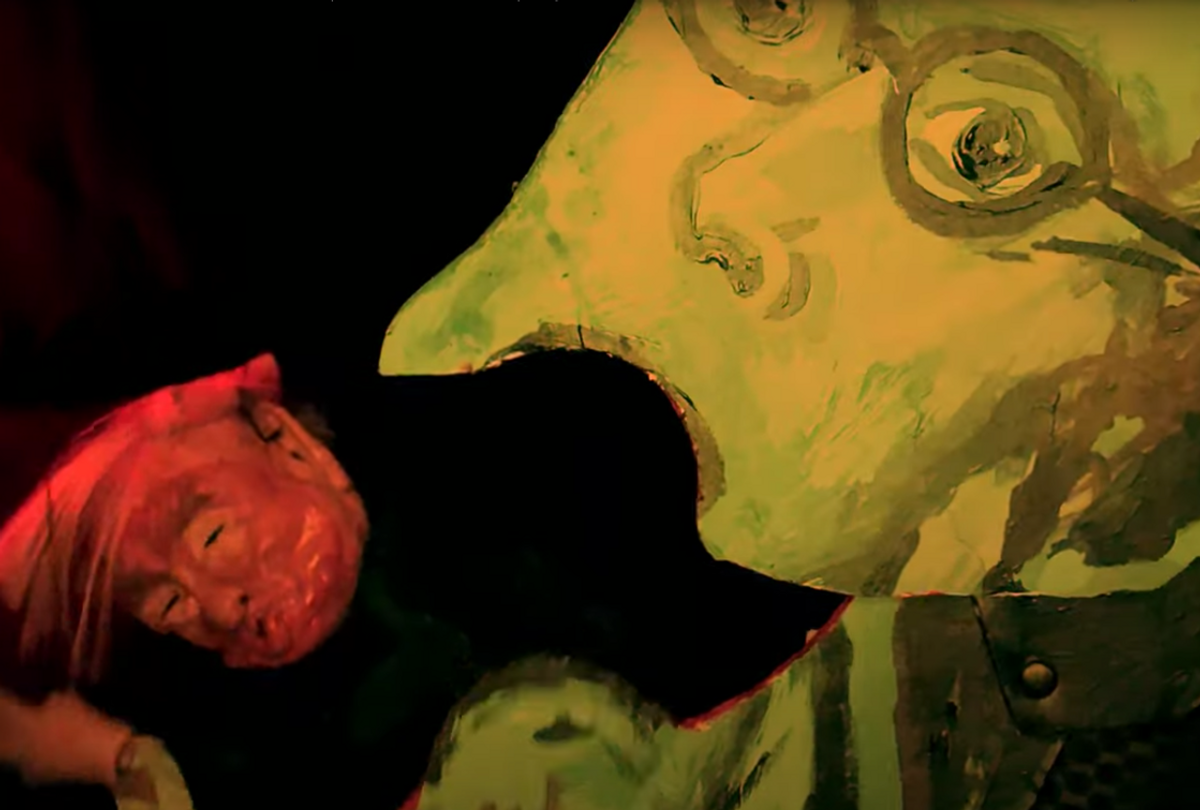 John Cameron Mitchell, best known for "Hedwig and the Angry Inch," premiered the music video for "New American Dream," the title track to the director's upcoming benefit album, on Tuesday. Proceeds from the album will be given to Burritos Not Bombs, Transgender Gender-Variant and Intersex Justice Projectand Dr. Martin Luther King, Jr. Scholarship Trust Fund.

The "New American Dream" music video doesn't lack for imagery that is equal parts trippy and grotesque — a turtle shell-clad McConnell feasting on Trump's face is one of the more benign images. The music video also showcases McConnell vomiting as well as an image of Pepe the Frog with the Washington Monument cutting its face in two — said Washington D.C. landmark quickly turns into an ejaculating penis, of course. Though the actual music might be relatively kooky and unassuming, Mitchell's lyrics are suitably morbid and full of references to "golden vomit" and "the weak one's living flesh."

Read more from IndieWire: The 7 best movies coming to Netflix in September 2020

While Mitchell's new music video is a dark and zany affair, he noted that the album was intended to help a sincerely wholesome cause and was a collaborative effort.

"I even contacted a stranger in the South of France on Instagram, Izae, because I liked his cover of a Hedwig song and we ended up writing two songs on the album," Mitchell said in the Bandcamp statement. "Like the old story about the Stone Soup where strangers throw whatever food item they possessed into a communal pot, old friends and new donated vocals, overdubs, mixing, mastering, video production, art and publicity. Soon I realized we had a double album that could benefit the various charities that I've been helping through this dark time with Hedwig merch sales. It's been such a comfort to us and we hope others will feel it too and add to the pot for the benefit of those in need."

Check out the "New American Dream" music video below: