In a nationally broadcast speech, the former vice president seemed genuinely angry when talking about the president 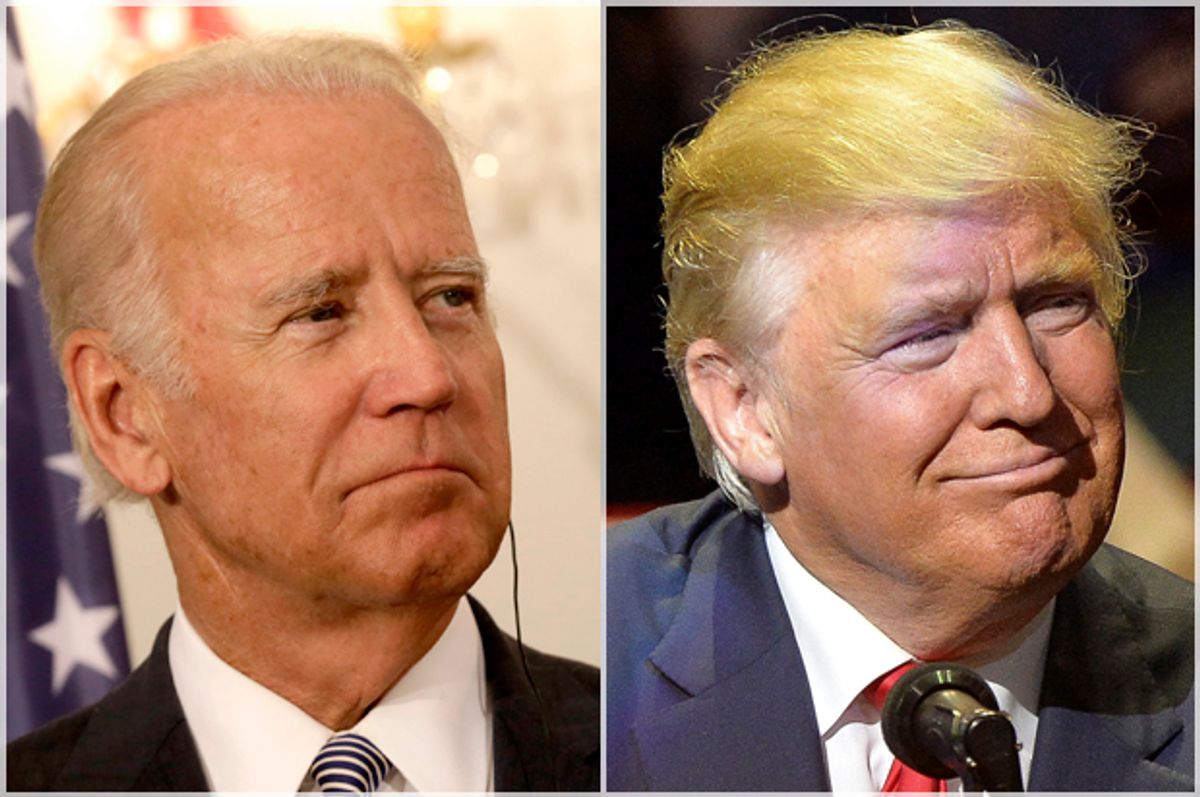 Democratic presidential nominee Joe Biden launched into a major attack on Donald Trump Friday afternoon over reports that he demeaned and disparaged American military service people who have dies in service to their country by saying they were "stupid" and "suckers."

In a nationally broadcast speech from his home state of Delaware, the former vice president seemed genuinely angry when talking about the president.

"Before I begin, I want to speak a little bit to what they talked about and the revelations about President Trump's disregard for our military and our veterans," he started. "Quite frankly if what is written in The Atlantic is true, it's disgusting. It affirms what most of us believe to be true: Donald Trump is not fit to be president and be the commander in chief."

"The president reportedly said, and I emphasize reportedly said, that those that sign up to serve instead of doing something more lucrative are suckers," he continued. "Let me be real clear, when my son was an Assistant U.S. Attorney and he volunteered to go to Kosovo while the war was going on as a civilian, he wasn't a sucker. When my son volunteered and joined the United States military as the Attorney General and went to Iraq for a year, won the Bronze Star and other commendations, he wasn't a sucker."

"The servicemen and women he served with, particularly those who did not come home, were not losers," he added. "If these statements are true, the president should humbly apologize to every Gold Star mother and father and every Blue Star family that he's denigrated and insulted. Who the heck does he think he is?"

"I'm always cautioned not to lose my temper. This may be as close as I've come in this campaign. Just a marker of how deeply President Trump and I disagree about the role of the president of the United States," he concluded.