Every hell starts with a promise of heaven. AI-led totalitarianism will be no different 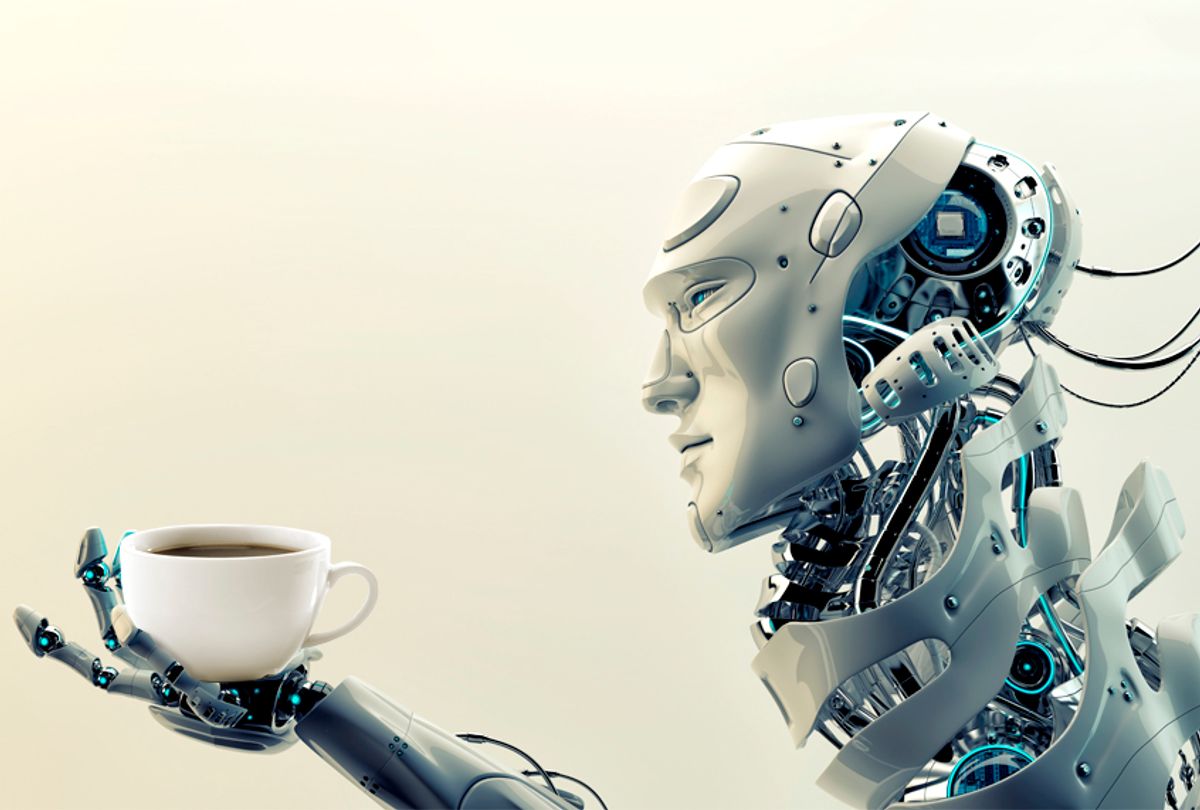 Individualistic western societies are built on the idea that no one knows our thoughts, desires or joys better than we do. And so we put ourselves, rather than the government, in charge of our lives. We tend to agree with the philosopher Immanuel Kant's claim that no one has the right to force their idea of the good life on us.

Artificial intelligence (AI) will change this. It will know us better than we know ourselves. A government armed with AI could claim to know what its people truly want and what will really make them happy. At best it will use this to justify paternalism, at worst, totalitarianism.

Every hell starts with a promise of heaven. AI-led totalitarianism will be no different. Freedom will become obedience to the state. Only the irrational, spiteful or subversive could wish to chose their own path.

To prevent such a dystopia, we must not allow others to know more about ourselves than we do. We cannot allow a self-knowledge gap.

In 2019, the billionaire investor Peter Thiel claimed that AI was "literally communist". He pointed out that AI allows a centralising power to monitor citizens and know more about them than they know about themselves. China, Thiel noted, has eagerly embraced AI.

We already know AI's potential to support totalitarianism by providing an Orwellian system of surveillance and control. But AI also gives totalitarians a philosophical weapon. As long as we knew ourselves better than the government did, liberalism could keep aspiring totalitarians at bay.

But AI has changed the game. Big tech companies collect vast amounts of data on our behaviour. Machine-learning algorithms use this data to calculate not just what we will do, but who we are.

The accuracy of AI's predictions will only improve. In the not-too-distant future, as the writer Yuval Noah Harari has suggested, AI may tell us who we are before we ourselves know.

These developments have seismic political implications. If governments can know us better than we can, a new justification opens up for intervening in our lives. They will tyrannise us in the name of our own good.

The philosopher Isaiah Berlin foresaw this in 1958. He identified two types of freedom. One type, he warned, would lead to tyranny.

In contrast, positive freedom is "freedom to". It is the freedom to be master of yourself, freedom to fulfil your true desires, freedom to live a rational life. Who wouldn't want this?

But what if someone else says you aren't acting in your "true interest", although they know how you could. If you won't listen, they may force you to be free — coercing you for your "own good". This is one of the most dangerous ideas ever conceived. It killed tens of millions of people in Stalin's Soviet Union and Mao's China.

The Russian Communist leader, Lenin, is reported to have said that the capitalists would sell him the rope he would hang them with. Peter Thiel has argued that, in AI, capitalist tech firms of Silicon Valley have sold communism a tool that threatens to undermine democratic capitalist society. AI is Lenin's rope.

We can only prevent such a dystopia if no one is allowed to know us better than we know ourselves. We must never sentimentalise anyone who seeks such power over us as well-intentioned. Historically, this has only ever ended in calamity.

One way to prevent a self-knowledge gap is to raise our privacy shields. Thiel, who labelled AI as communistic, has argued that "crypto is libertarian". Cryptocurrencies can be "privacy-enabling". Privacy reduces the ability of others to know us and then use this knowledge to manipulate us for their own profit.

Yet knowing ourselves better through AI offers powerful benefits. We may be able to use it to better understand what will make us happy, healthy and wealthy. It may help guide our career choices. More generally, AI promises to create the economic growth that keeps us from each other's throats.

Anyone who processes our data to create knowledge about us should be legally obliged to give us back that knowledge. We need to update the idea of "nothing about us without us" for the AI-age.

What AI tells us about ourselves is for us to consider using, not for others to profit from abusing. There should only ever be one hand on the tiller of our soul. And it should be ours.