"How are we going to pay these bills?": Losing income to the pandemic when medical catastrophe hits

Soledad had her hours cut in half when the pandemic hit. Then her pregnancy developed serious problems 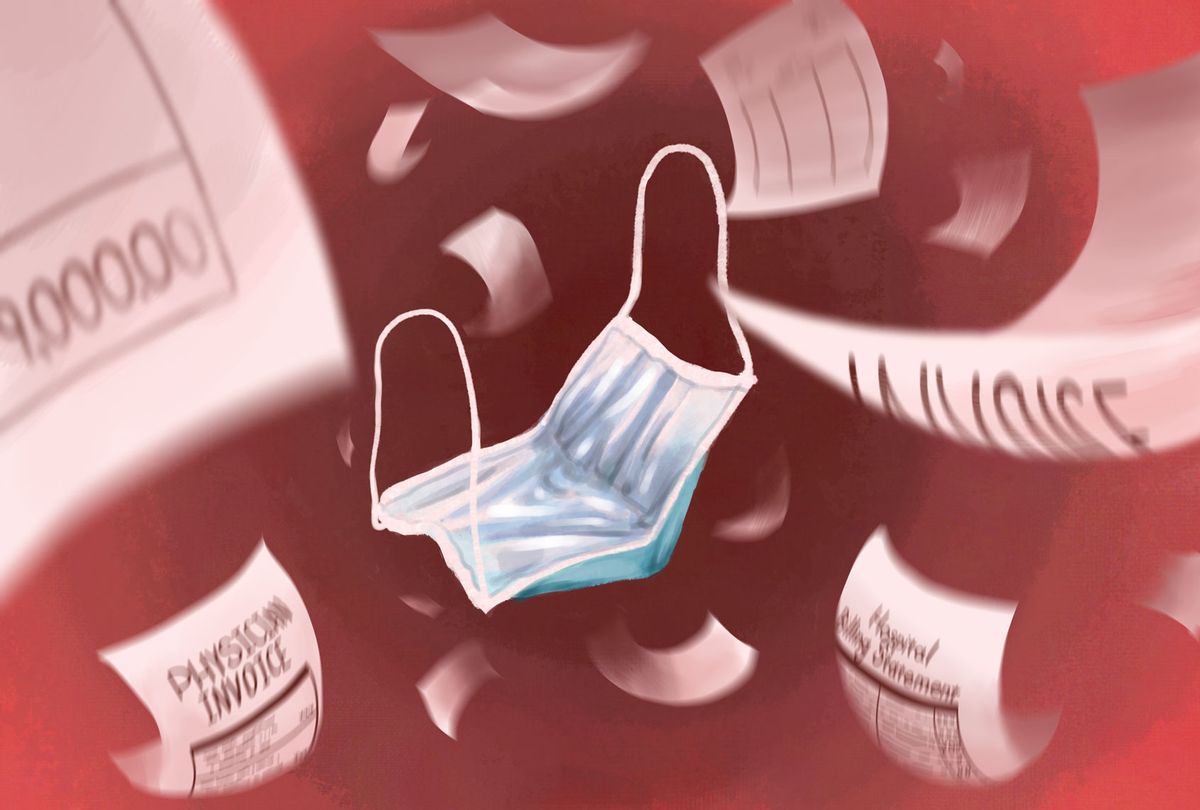 This is an excerpt from the Unheard Voices of the Pandemic series from Voice of Witness. Interview and editing by Ela Banerjee, community partnership coordinator at Voice of Witness. Soledad Castillo is a narrator in the book "Solito, Solita: Crossing Borders With Youth Refugees From Central America" and a member of the Voice of Witness education advisory.

Born in Honduras, Soledad Castillo, 27, endured sexual abuse and serious health challenges before migrating to the United States at age 14. After experiencing abuse in the foster care system and homelessness, she graduated from San Francisco State University and received her US citizenship. Soledad now works as a housing case manager for a nonprofit serving foster youth. She talked with Ela Banerjee several times over the last three months. Note: Soledad's name was changed to protect her identity.

I usually work 40 hours a week, but in March my hours got cut in half. I get paid hourly, a couple of dollars more than San Francisco minimum wage. It was hard because my boyfriend Alexander's hours also got cut. He works as a driver for San Francisco Paratransit and he was only working two hours a day. After my hours got cut, we started panicking. "Oh my God, how are we going to pay these bills?" Sometimes I'd go to sleep thinking about that. And then the next day: "How are we going to do this?" Thankfully, I have a friend who had some savings and she lent us some money. But can you imagine if we didn't have her? We're not prepared for this type of stuff. But how do you save when you live paycheck to paycheck?

I'm also sending money to support my family back in Honduras. My brother, my sister, and my stepfather—they all lost their jobs. I worry about them as well. I want to make sure that they have food to eat and that my mom has her medicines. Before the pandemic, I'd send money to my family once a month, but now I send money every 15 days. I'm the only one in my family who's here in the U.S. and has the opportunity to work and make a little bit of money. Since I came here, I always feel the pressure to help them. I have to worry about myself, but at the end of the day, they're my family and I really love them. I'm the only person that they can count on right now.

On March 17, my organization's office closed and everyone started working from home. My job is usually very in-person and one-on-one. I do home visits, help clients with their resumes, help them apply for school. The CEO of our organization sent a memo to staff to say that from now on we have to do virtual meetings with the clients. But I work with people who are disadvantaged and homeless. They don't have laptops, they sometimes don't have phones. So it's been really challenging for me to get in touch with those clients that don't have access to those services.

The first week I was working a lot. I felt so stressed because all my clients were panicking and I was panicking, too. But I was trying to control myself at the same time, to help my clients and calm them down. I had a conversation with my supervisor and we were able to get my clients computers and prepaid phones for three months. And I've been cohosting virtual classes with my supervisor, like meditation, cooking and Zumba. I'm also emailing them resources from other organizations, like how to apply for food stamps and unemployment.

At the beginning of shelter in place, it was really tough to take care of myself. Right now it's getting better, but I still have clients calling me at 9 p.m., 11 p.m. I had to put a stop to that. I told them, "OK, here are my office hours during the day, and you should only call me for emergencies." It was hard to set and keep those boundaries. I remember being in that situation; I was homeless in San Francisco without knowing people for three years. For me, my only family were my case managers, my social worker, and my mentors in school. So I get that. It was hard for me to say no to my clients. But I told myself that in order to help them, I have to take care of myself as well.

All of March through now, I was trying to help with my clients, but I was also going through a lot of emotional and mental pain. Back in January, I found out that I was pregnant. I'd lost a baby while pregnant the year before, so this gave me hope and I was really happy. But in February, we went to the doctor and found out that the baby was sick. We didn't know how sick. It was shocking for us because we were so excited and we didn't want to go through the same thing that we went through last year. At the time, I was hiding that from everyone and just trying to be strong.

On April 7, the doctors told us that the baby was literally dying and that they had to take the baby out because I was starting to get sick, too. That's not something you want to hear. I mean, this was my second baby that passed away. It was a really hard decision for me to make, because the baby was really sick, but his heart was still pumping and I didn't want to terminate the pregnancy.

All of this was happening while we had less money and were going through the shelter in place. I was going to a lot of different hospitals, clinics, and special offices. Alexander used all his paid time off to take me to appointments. We were finding abnormalities on every test, so out of nowhere, we'd have to go to a different hospital right away after one appointment. I was at appointments almost every week and I was always alone, talking to doctors and having them tell me that the baby was dying. Alexander couldn't come in with me, because of the coronavirus. I begged the doctor, "Please let him in. He's the father." I understood that they were trying to be safe, but at the same time, it was so hard, and I needed someone to be with me. I was heartbroken.

I was alone at the hospital the day of the surgery, from 7 a.m. to 5 p.m. The surgery lasted for three and a half hours. They said that everything went well. When I woke up, the first thing I did was call Alexander. He'd been waiting outside the whole time in the hospital parking lot.

After the surgery, I didn't want to talk to anyone. I was in so much pain and I isolated myself from people for a week. It's weird—I needed to be alone, but at the same time, I needed support. And on the days that I needed support, I wasn't able to be with anyone because of the shelter-in-place orders.

I really wanted to go see my family in Honduras, but with the virus, of course I wasn't able to. My mom sends me WhatsApp messages every day, asking if I'm OK. Americans often talk about immigration, but we don't often talk about the emotional damage that occurs when people are far away from their families. I think that not having my parents with me has affected my life a lot. I have difficulty putting myself together sometimes. Part of me is sometimes like, Wow, what would it be like if I actually had a family with me? And now with the pandemic, all Americans are facing similar issues. I'm not saying that it's good it's happening, but it's just a way for people to understand how hard it is to be far from your family that you love.

Besides going through the emotional impact that the death of the baby has on us, now we have to deal with the financial impact as well. The doctors did special ultrasounds on the baby's heart, lungs, and brain. Each ultrasound was like $9,000 and insurance doesn't cover those types of tests. So I'm talking to the insurance company now, trying to see if I can get any assistance or plan to pay that off.

Alexander and I are just hanging in there now and hoping for things to get better. I'm having more contact with people. I'm getting my hours back at work. I've been walking seven days a week. It's a newer thing for me. I like the smell of the trees, the smell of the flowers, the air on my face. Walking has been my therapy right now. I live in a studio apartment and it's really small. I feel that sometimes I cannot even breathe.

Soledad’s name was changed to protect her identity.