President Donald Trump’s campaign is having money trouble, according to a New York Times report 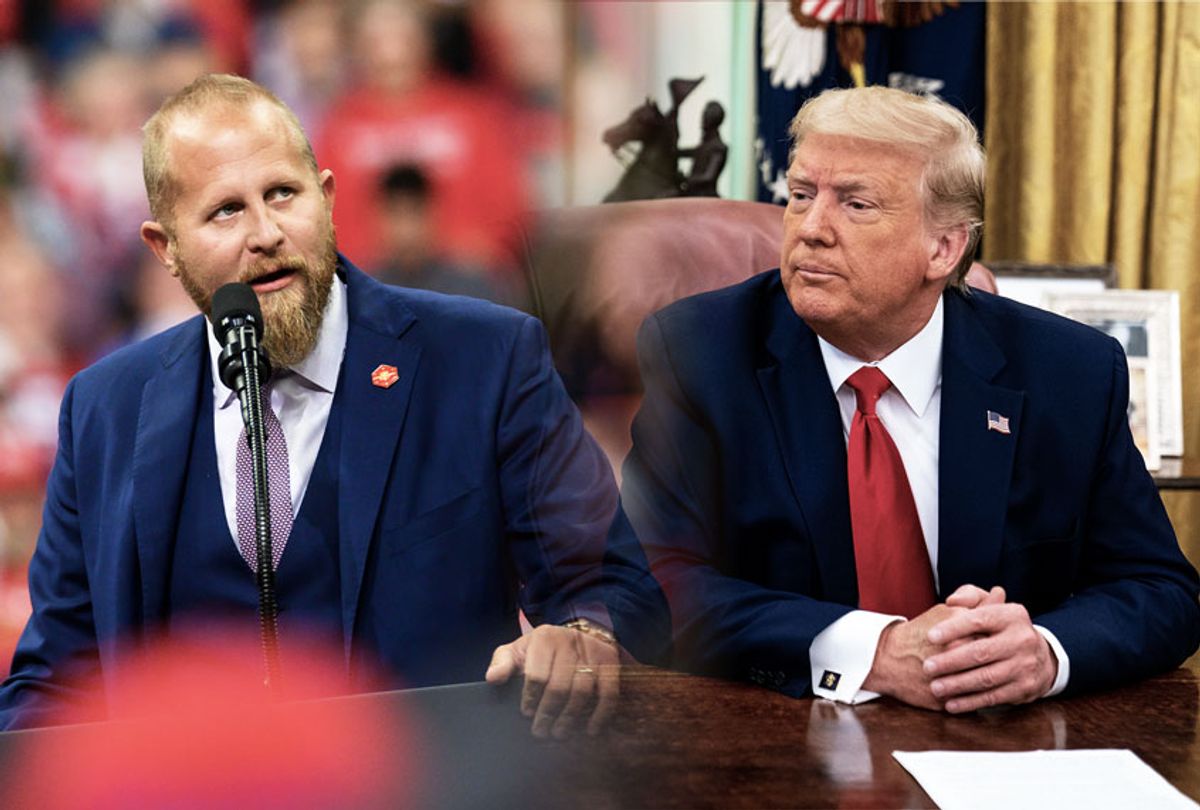 President Donald Trump's campaign is having money trouble, according to a New York Times report, while former Vice President Joe Biden's team is flush with cash.

Biden announced a record-breaking sum of nearly $365 million in fundraising for the month of August, swiftly outpacing the president's best month. And the report Monday from the Times exposed just how deep and sordid the story behind the Trump campaign's depleted coffers and revealed signs of animosity brewing with its ranks.

Here are seven key details from the report:

1. The big takeaway: Trump has poured $800 million down the drain with little to show for it

"If you spend $800 million and you're 10 points behind, I think you've got to answer the question 'What was the game plan?'" said Ed Rollins, a veteran Republican strategist who runs a small pro-Trump super PAC, and who accused [former Trump campaign manager Brad] Parscale of spending "like a drunken sailor."

Of course, one of the biggest problems is that Trump has always been an unpopular president never interested in appealing to a broad majority of the country rather than his narrow base. You can't spend your way out of that problem.

2. Parscale, meanwhile, is trying to spread the blame around

Unusually for a Trump campaign official, Parscale seemed to be willing to comment extensively for the Times piece. In the comments printed, he appeared desperate to deflect blame for overspending to the Trump family and the RNC.

"I ran the campaign the same way I did in 2016, which also included all of the marketing, strategy and expenses under the very close eye of the family," said Mr. Parscale, who was the digital director, not the campaign manager, in 2016. "No decision was made without their approval."

Mr. Trump's son-in-law, Jared Kushner, who has overseen the campaign from his position as a senior White House aide, had posed for a Fortune magazine cover as the person who ran the 2016 campaign soon after the election.

"Any spending arrangements with the R.N.C. since 2016 were in partnership with Ronna McDaniel," Mr. Parscale said, referring to the party chairwoman, "who I consider a strategic partner and friend." [emphasis added]

The Trump campaign has undertaken its own financial review of spending under Mr. Parscale. Among the first changes implemented was shutting down an ad campaign that had used Mr. Parscale's personal social media accounts to deliver pro-Trump ads. More than $800,000 had been poured into boosting Mr. Parscale's Facebook and Instagram pages; those ads ceased the day after he was removed as campaign manager.

Mr. Parscale said the Facebook page was "not my idea" and the "family's direct approval" had been sought on the program.

"I built an unprecedented infrastructure with the Republican Party under this family's leadership since 2016," Mr. Parscale said in a statement to The Times. "I am proud of my achievements." [emphasis added]

The fact that campaign officials were willing to talk — off the record, it seems — negatively about Parscale for this story also suggests someone or some group is trying to throw him under the bus.

3. Trump is a big part of the problem

Some of the wasteful spending reported in the piece seemed designed specifically to soothe Trump's ego. For example, the Times reports that the campaign has nixed a Parscale idea to sponsor a NASCAR car. The $3 million expenditure would certainly have pleased Trump, but it's hard to see how it would sway voters.

The reporters also note that ad spending during the Superbowl and in Washington, D.C., also seems to have been designed to please Trump specifically, even though the buys had little strategic value. Even if Trump didn't push for these expenses, he shows terrible leadership by cultivating employees who decide to put his personal preferences over long-term strategic interests.

4. The campaign spent nearly half of its spending on more fundraising

It's hard to imagine this was cost-effective, given the fact that the campaign has recently felt the need to cut back on ads.

"Under Mr. Parscale, more than $350 million — almost half of the $800 million spent — went to fund-raising operations, as no expense was spared in finding new donors online," the report said.

5. A lot of money is covering campaign-adjacent legal bills

Republicans, for instance, have been saddled with extra legal costs, more than $21 million since 2019, resulting from the many investigations into Mr. Trump and, eventually, his impeachment trial. The R.N.C. also paid a large legal bill of $666,667.66 to Reuters News & Media at the end of June. Both Reuters and the R.N.C. declined to discuss the payment. It was labeled "legal proceedings — IP resolution," suggesting it was related to a potential litigation over intellectual property.

6. The pandemic — and Trump's refusal to adapt to it — has repeatedly thrown a wrench into the gears

Unlike Biden, Trump reportedly hasn't taken to online fundraisers that can be extremely efficient and productive:

One of the reasons Mr. Biden was able to wipe away Mr. Trump's early cash edge was that he sharply contained costs with a minimalistic campaign during the worst months of the pandemic. Trump officials derisively dismissed it as his "basement" strategy, but from that basement Mr. Biden fully embraced Zoom fund-raisers, with top donors asked to give as much as $720,000.

These virtual events typically took less than 90 minutes of the candidate's time, could raise millions of dollars and cost almost nothing. Mr. Trump has almost entirely refused to hold such fund-raisers. Aides say he doesn't like them.

And Trump's failed attempt to hold the in-person convention to Jacksonville, Florida, reportedly ended up wasting hundreds of thousands of dollars.

7. Much of the money remains mysteriously unaccounted for

Many of the specifics of Mr. Trump's spending are opaque; since 2017, the campaign and the R.N.C. have routed $227 million through a single limited liability company linked to Trump campaign officials. That firm, American Made Media Consultants, has been used to place television and digital ads and was the subject of a recent Federal Election Commission complaint arguing it was used to disguise the final destination of spending, which has included paychecks to Lara Trump and Kimberly Guilfoyle, the partners of Mr. Trump's two adult sons.

Millions more followed to firms tied to R.N.C. and Trump-linked officials, including more than $39 million to two firms, Parscale Strategy LLC and Giles-Parscale, controlled by Mr. Parscale since the beginning of 2017.