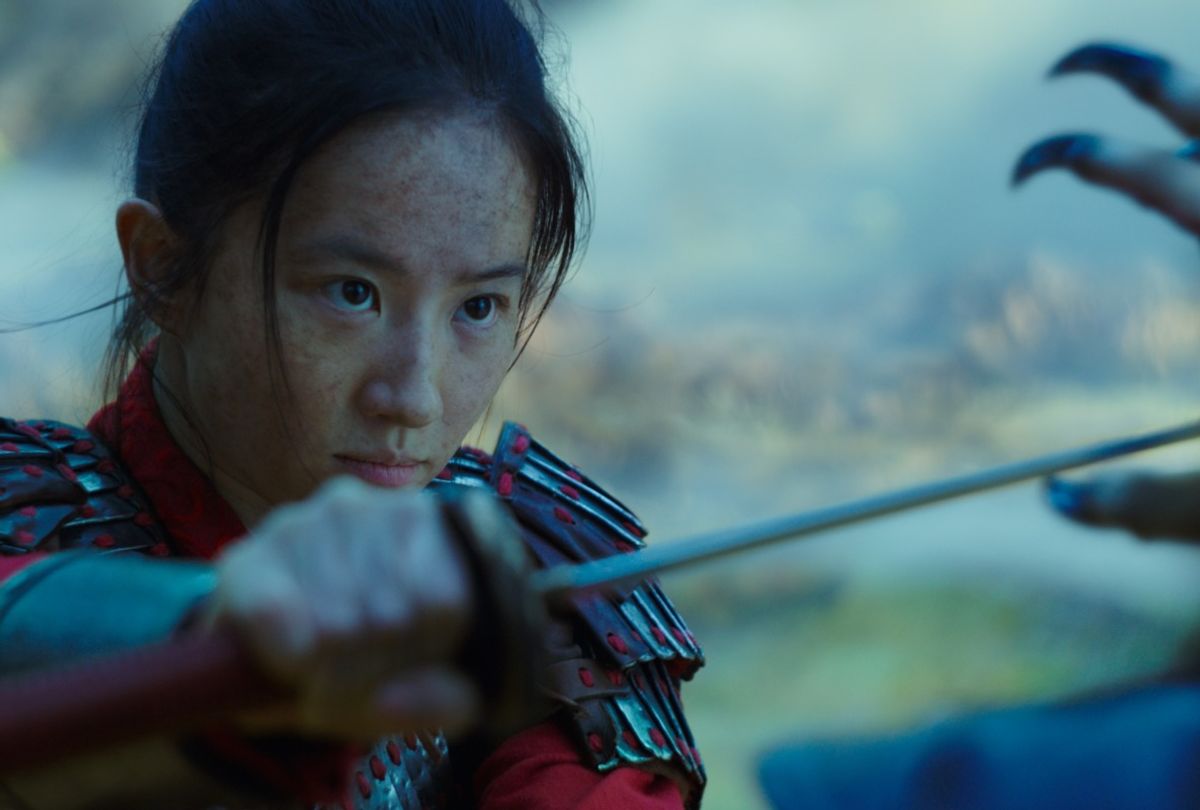 Disney's live-action "Mulan" adaptation has been at the center of backlash for a year after lead actress Liu Yifei showed support on social media for Hong Kong's police, who have been accused of violence towards pro-democracy protesters, but a new controversy is erupting now that the film has been made available on Disney+. According to reports from THR and Bloomberg, Disney filmed "Mulan" in China's Xinjiang province and included a "special thanks" in the film's credit sequence to the "publicity department of CPC Xinjiang Uighur Autonomy Region Committee." Xinjiang is a province where human rights abuses have been reported, including the detainment of over one million Uighur Muslims.

The "Mulan" credits also offer a thank you to the public security bureau in the city of Turpan, which is where the detainment centers are reportedly in operation. China refers to the facilities as "voluntary education centers," designed "to improve the region's security and economic development." But as THR reports about Xinjiang: "Uighur residents have reported being subjected to grueling political indoctrination regimens, forced labor, and forced sterilization — part of an alleged government program to suppress birth rates in the Muslim population."

"It just keeps getting worse!" Hong Kong pro-democracy advocate Joshua Wong shared on Twitter upon discovering the connection between "Mulan" and the Xinjiang province, "Now, when you watch 'Mulan,' not only are you turning a blind eye to police brutality and racial injustice (due to what the lead actors stand for), you're also potentially complicit in the mass incarceration of Muslim Uyghurs."

IndieWire has reached out to Disney for further comment.