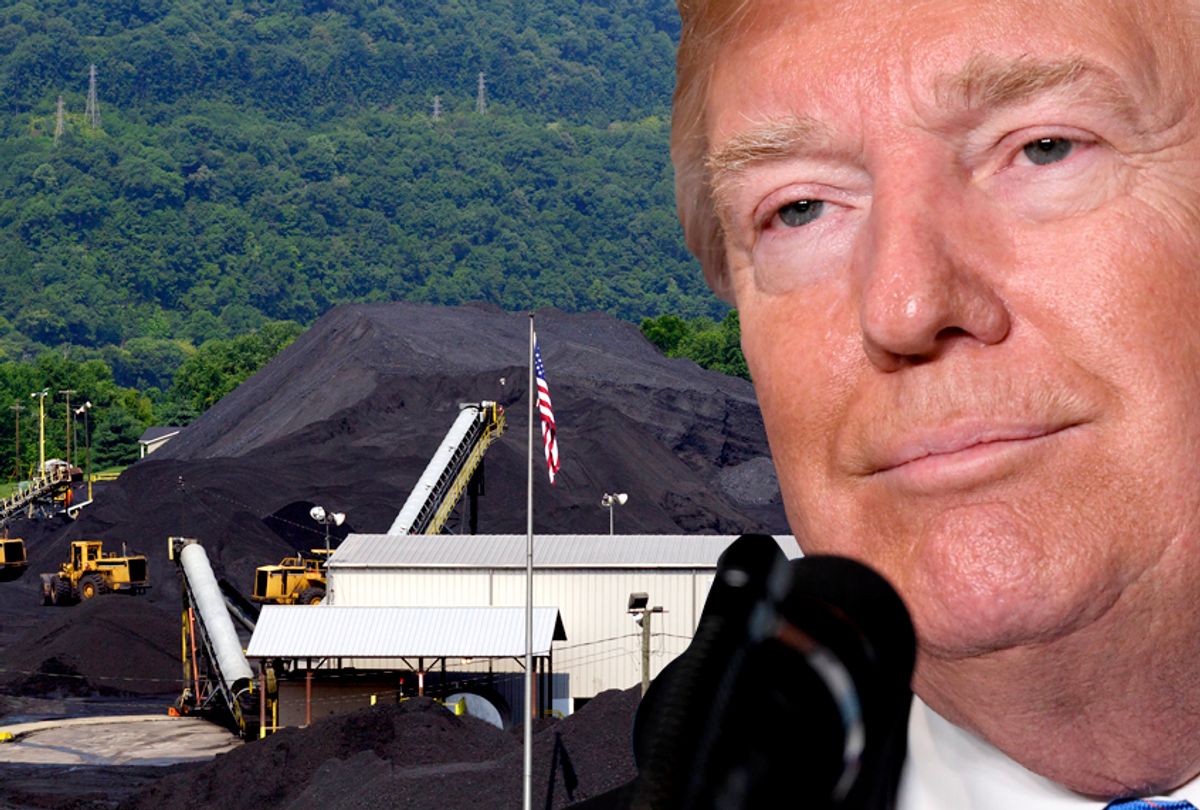 Retiree Julie Pease and her husband moved into their modest lakefront home near Herrington Lake in Kentucky eight years ago, but she won't eat the fish because the lake is polluted by coal ash from the nearby power plant.

Team Trump recently pushed back the deadlines for utilities to close an estimated 523 leaking, unstable or dangerously-sited coal ash ponds. Kentucky Utilities, which operates the E.W. Brown power plant in Harrodsburg, Ky., closed its main coal ash pond in 2008, but the six million tons of coal ash that remain at the site has polluted Herrington Lake.

"The fact that we could retire from New Jersey and buy a home on the lake was very appealing to us," said Pease who didn't know about the pollution when they bought their house.

Coal-burning power plants produce about 100 million tons of coal ash a year. Arsenic, lead and mercury lace the ash. Companies mixed the ash with water and stored it in unlined pits called coal ash ponds, often near rivers or lakes such as Herrington Lake which was built in the 1920s.

About a third of power plants with coal ash dumps are in the southeast. About 41% are in the Midwest, and about 10% are in the Southwest.

Under the law, the EPA is required to ensure that there is "no reasonable probability of adverse effects on health or the environment." EPA Administrator Andrew Wheeler, who previously lobbied for a coal company, maintains that allowing coal ash ponds to stay open longer still meets this standard because the agency will require some utilities to submit risk mitigations plans and "meet the baseline level of acceptable risk."

A spokesperson for Kentucky Utilities did not respond to an email from DCReport.org.

Wheeler's new rule says power plants have until April 11, 2021 to stop sending coal ash ponds and start the closure process. Plants can get extensions until 2023, 2024 and even 2028.

Wheeler's new rule is expected to save utilities $26.1 million a year.

At Herrington Lake, selenium, an element that is concentrated in coal ash, is poisoning fish and causing deformities in juvenile largemouth bass. Kentucky Waterways Alliance and the Sierra Club have sued Kentucky Utilities over pollution in the lake, and the state recently held a hearing.

Pease, who used to work at a Habitat for Humanity, and her husband, a retired high school math teacher, get their drinking water from the lake, but they filter it. They like to kayak on the lake with their dogs and go swimming.

"We were absolutely drawn by the beauty of the place where we live," Pease said.