The first footage from Denis Villeneuve's "Dune" adaptation is jaw-dropping 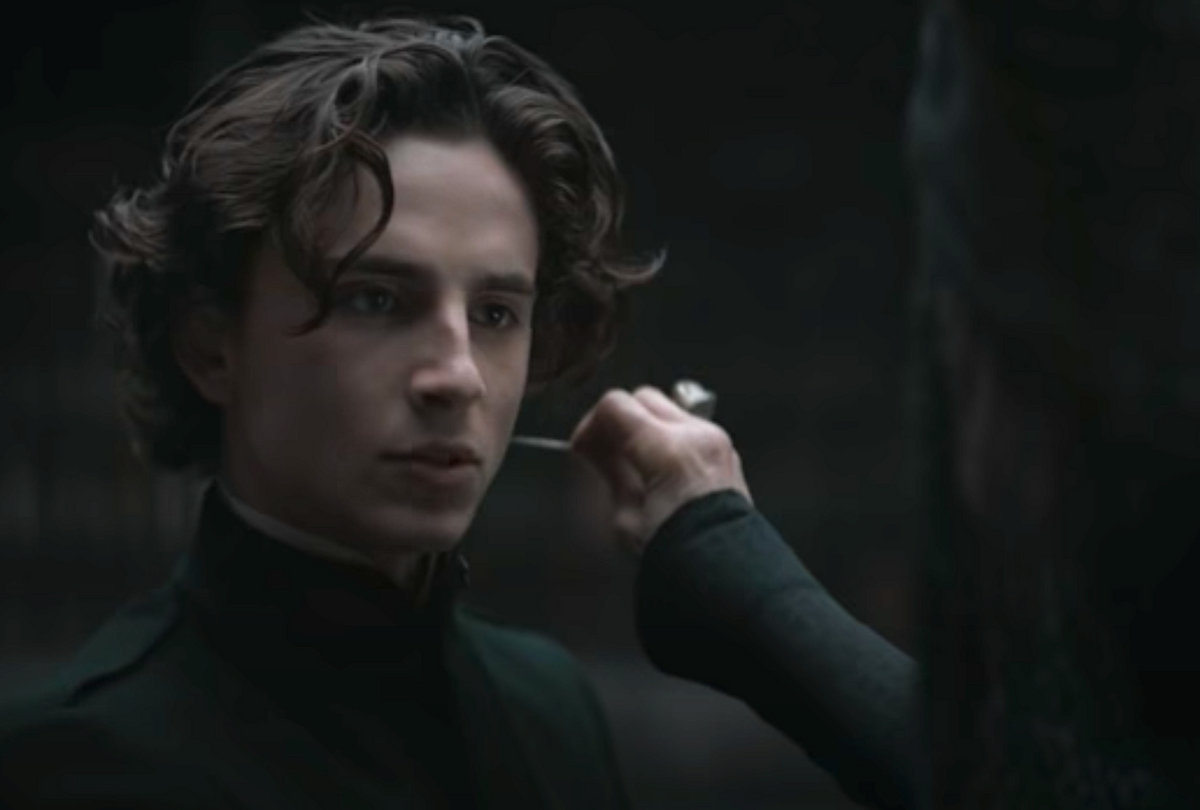 The first trailer for Denis Villeneuve's highly anticipated "Dune" has arrived and it's full of eye-popping set design, breathtaking action, and one jaw-dropping last-minute look at Frank Herbert's infamous sandworms. Villeneuve has been wanting to make a film adaptation of Hebert's science-fiction novel since he was a teenager, and Warner Bros. and Legendary have allowed him to do so on a grand cinematic canvas. The first footage below feels like what might happen if David Lean got the chance to make a science-fiction epic.

"Dune" stars Timothée Chalamet in his first leading blockbuster role as Paul Atreides, whose family gets ownership of the dangerous desert planet Arrakis. The planet is the home of the world's most valuable resource, a drug called spice that extends human life and gives its users super-human abilities. By taking ownership of Arrakis, the Atreides family becomes an enemy of the rival Harkonnen empire and the planet's natives, known as the Fremen. The supporting cast includes Oscar Isaac, Zendaya, Rebecca Ferguson, Jason Momoa, Charlotte Rampling, Josh Brolin, Dave Bautista, and Javier Bardem, among others.

For Villeneuve, "Dune" marks his latest foray into the science-fiction genre after modern classics like "Arrival" and "Blade Runner 2049." Both of these projects earned critical raves and Oscar nominations, with "Blade Runner 2049″ winning the prizes for Best Visual Effects and Best Cinematography." Villeneuve was nominated for Best Director with "Arrival."

While "Dune" is similar to "Blade Runner 2049" in that it finds Villeneuve tackling one of the most beloved science-fiction properties of all time, the films could not look more different. Villeneuve's "Blade Runner" was defined by Roger Deakins' eye-popping, neon-infused color palette that made the Hollywood tentpole feel more like an art film than a traditional studio release. "Dune" appears far more grounded thanks to Villeneuve's first-time collaboration with "Lion" Oscar-nominated cinematographer Greig Fraser. The two have brought a tangibility to Frank Herbert's world that should make "Dune" a visceral experience for moviegoers.

As for how Villeneuve's "Dune" will compare to David Lynch's "Dune," an infamous critical and commercial misfire in 1984, the trailer alone makes it clear how different Villeneuve's vision is from Lynch's. The director said as much earlier this month when he explained, "I'm a big David Lynch fan, he's the master. When I saw [Lynch]'s 'Dune' I remember being excited, but his take… there are parts that I love and other elements that I am less comfortable with. So it's like, I remember being half-satisfied. That's why I was thinking to myself, 'There's still a movie that needs to be made about that book, just a different sensibility.'"

Watch the first trailer for "Dune" below. Warner Bros. and Legendary are set to open the film in theaters nationwide Dec. 18.