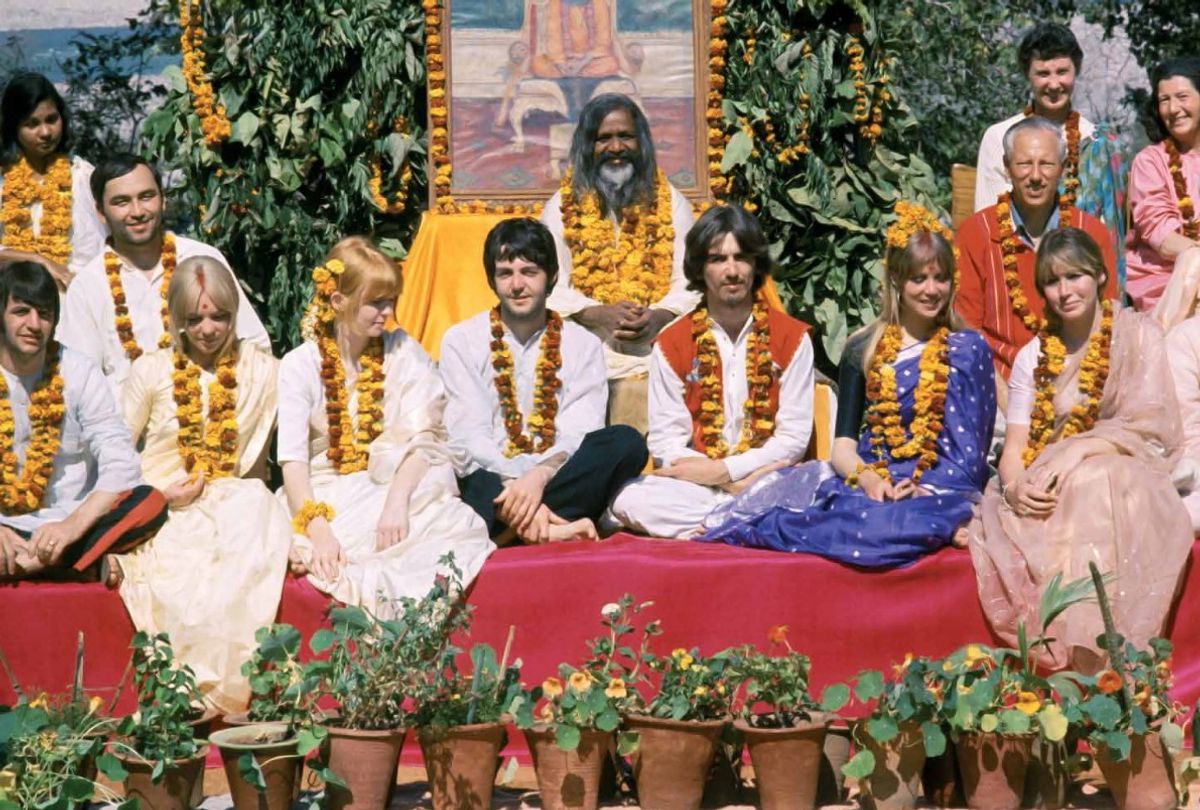 "'Forrest Gump' with a mantra" — that's the underlying premise, in a nutshell, of "Meeting the Beatles in India," which has filmmaker Paul Saltzman recounting the week he spent hanging with the Beatles under the tutelage of the Maharishi Mahesh Yogi during their famous sojourn to the ashram in 1968. Saltzman has a tale to tell in having been nearly the only non-entourage-member along for the enlightenment alongside the Beatles for that legendary spiritual/media event. By virtue of the camera in his backpack, he also ended up being a house photographer, too… although he forgot about the wealth of stills in his basement for several decades afterward, maybe offering proof that there's such a thing as too much meditation.

Read more from Variety: Diana Rigg, of "The Avengers" and "Game of Thrones," dies at 82

It's all good reason enough for Saltzman to turn the camera on himself and a few choice expert witnesses here, even if none of the anecdotes or insights are especially profound. As a documentarian, he's not so interested in exploring the cultural ripple effect of the Beatles' mid-'60s mysticism — which would really be a great subject for another documentary — as he is in offering recollections of what cool ommm-buds-men the Beatles were, all in the service of drawing us into what's ultimately a good-natured advert for transcendental meditation.

Morgan Freeman is the ostensible narrator, but he's really a cameo orator, as the real bulk of the voiceover (and eventual on-camera presence) belongs to Saltzman, a former Canadian broadcaster who genially speaks in such slow, measured tones that he manaes to pronounce "Bea-tles" as two words. In 1968, he was a broken-hearted kid who heard an inner voice telling him not to sweat the material world, so he went to India, and ended up being just about the only student on hand for the Maharishi's instruction outside of the Apple corps. His convert's enthusiasm and lack of Beatles worship soon made him a welcome guest at the Beatles' table, and the recipient of a private sitar concert by George Harrison, and a photo-snapping witness as John Lennon and Paul McCartney sat on a porch in their white outfits and worked out the chorus of "Ob-la-di, Ob-la-da," which had no other words at the time.

Saltzman has conversations with a few guest stars, including another TM evangelist, David Lynch, who served as an executive producer and is mostly on hand to preach the joys of inner peace in a way completely unbefitting one of the great horror directors of all time. The foremost record-keeper of Beatles history, Mark Lewisohn, accompanies Saltzman on a nostalgic trip back to India. There will probably be no moment of greater bemused interest to hardcore Beatles fans (and befuddlement to everyone else) than the exchange in which Saltzman says he was told the group members wrote 42 songs during their time in India and Lewisohn gently affirms it was really only 30.

The filmmaker meets up again with a fellow traveler from the '68 trip, Pattie Boyd, Harrison's ex-wife, who is particularly delighted when he tells her he's tracked down the real "Bungalow Bill." Much of the target audience will be, too, as the real-life hunter who ticked off Lennon by bragging about just having killed a tiger — thus inspiring one of the more acidic songs on the White Album — declares that he never picked up a gun again after that trip and subsequently became a conservationist.

Little tidbits like that keep interest going, and who doesn't want to be reminded that Lennon had a way with one-liners, or that Harrison and McCartney could be mensches? (Ringo Starr doesn't come up for discussion much, and if you either hoped or feared that fellow ashram attendant and major TM advocate Mike Love would be reminisced about, rest assured he is not.) When it comes to exploring the real benefits of TM, the talk gets vague, as discussions of mysticism will.

The Maharishi is portrayed only in a positive light, although there's a passing reference to the nasty song Lennon wrote about him immediately after the sojourn, "Sexy Sadie," before Saltzman fleetingly addresses the still hot-button topic of why some of the group members fell out with the guru, which had to do with the Maharishi allegedly making moves on women in the compound. The apologia offered by Saltzman and Lewisohn is that a peripheral figure in the Beatles' entourage, "Magic Alex," spread false stories about the holy man, though the figure in question told a very different accounting of the fallout (and sued the New York Times over a description similar to the one offered here) before he died in 2017.

The waters that "Meeting the Beatles in India" wades through on the way to celebrating spiritual enlightenment don't run much deeper than the famously wide Ganges, as the nature and results of TM-induced contentment remain something we still have to take the filmmaker's word for, and the bigger picture of how the Beatles' eastern tilt affected Western civilization remains a topic for a teller who maybe wasn't so close to his subject. Even so, there's some fan value here, all spiritual quests aside, in seeing how accepting the individual Beatles could be of someone they could have taken as an interloper in their lofty midst. Maybe that's the revelation, then: Sweet, the Beatles.

"Meeting the Beatles in India" is available to pre-order and for rent on Friday, Sept. 11.