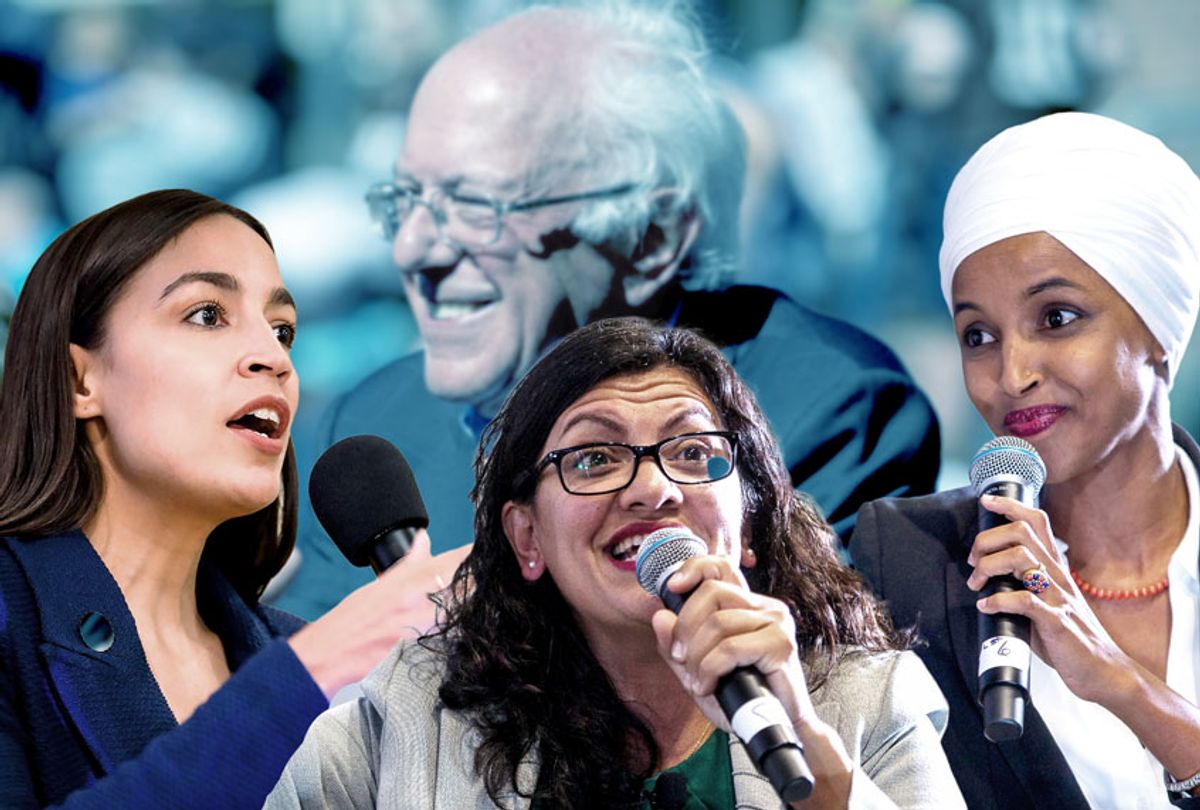 The Democratic congressional candidate running in Georgia's 14th district against Marjorie Taylor Greene, a far-right proponent of the QAnon conspiracy theory, raised alarm Thursday after Greene suggested Republicans "go on the offense" against progressives in Congress.

Greene suggested in her caption that progressives who back Medicare for All, a Green New Deal, and far-reaching economic reforms to end sky-rocketing wealth inequality, are "'Hate America' leftists" who "want to take this country down."

"We need strong conservative Christians to go on the offense against these socialists who want to rip our country apart," wrote Greene. "Americans must take our country back."

The post appeared to be a "threatening message" to the congresswomen and the left, Washington Post reporter Rachael Bade tweeted.

"Anyone not realizing that Marjorie Greene really thinks it is justified and patriotic to talk about violently taking out Democrats isn't actually listening to Marjorie Greene,"tweeted Kevin Van Ausdal, the Democrat running against Greene in November.

Earlier this week, Greene announced on Twitter that she is raffling off her AR-15 to a supporter.

Greene easily won the Republican primary in the district last month, and is widely expected to win the general election.

President Donald Trump called Greene a "future Republican star" last month after her victory, days before giving his tacit endorsement to the QAnon conspiracy theory for which Greene has also expressed support. In June, Politico uncovered footage of Greene espousing Islamophobic views, saying that Muslims such as Omar and Tlaib shouldn't serve in the U.S. government, and expressing other racist and anti-Semitic beliefs.

In late 2017, Greene recorded a video in which she promoted the QAnon theory, which bizarrely holds—among other things—that Trump was hand-picked by military commanders to take down a global child sex-trafficking ring run by public figures including Hillary Clinton, Oprah Winfrey, and the Dalai Lama.

"There's a once-in-a-lifetime opportunity to take this global cabal of Satan-worshipping pedophiles out, and I think we have the president to do it," Greene said in the video.

Greene is one of 15 candidates for public office who have verified Twitter accounts and have promoted QAnon, which has been linked to several violent crimes and has been classified as a domestic terror threat by the FBI.