"We need less Wall Street in the next administration and more working class representation." 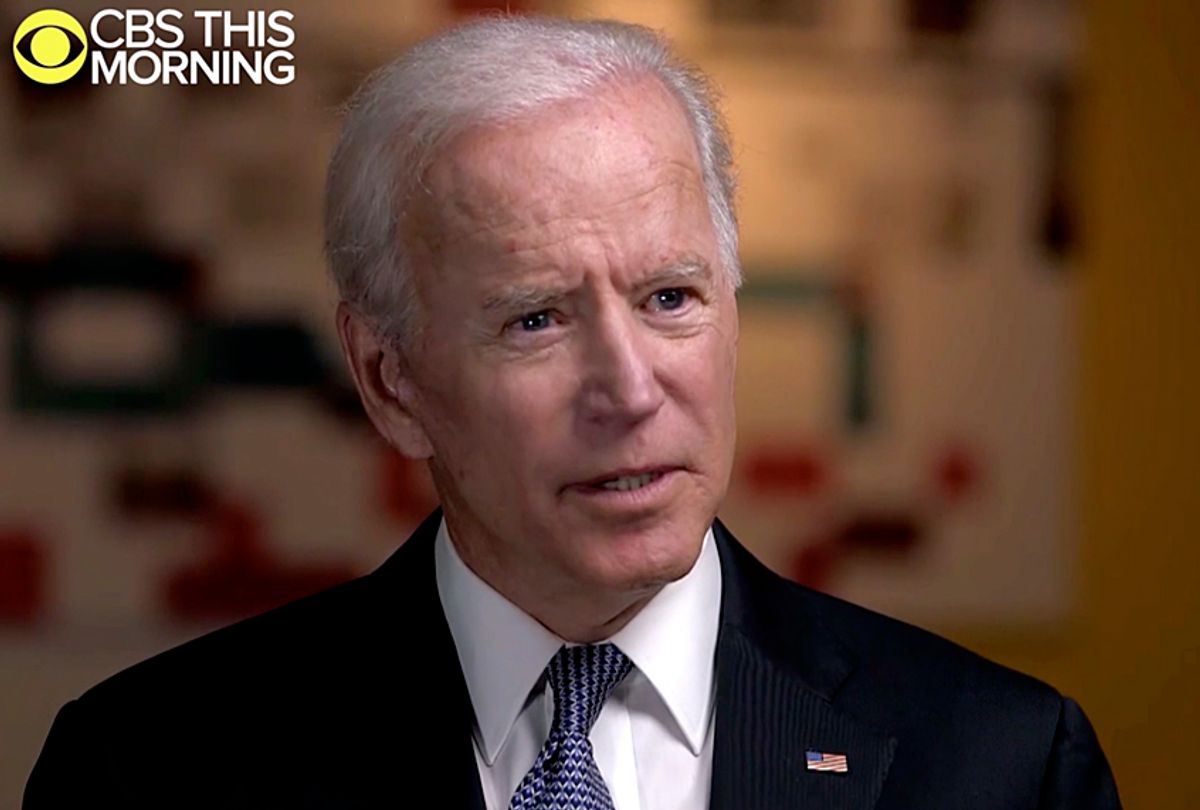 Progressives pushed back on new reporting that some Black lawmakers are urging Democratic presidential nominee Joe Biden to resist calls from the left to reject Wall Street executives and K Street lobbyists from his administration should he win in November. Creating a diverse cabinet that will simply "do the bidding of Wall Street" will do nothing to bring about reform, say advocates.

"There's been work done recently to argue that the term Black is mutually exclusive from the term progressive," Maurice Moe Mitchell, national director of Working Families Party, tweeted in response to reporting from Politico Monday. "It's pretty clear who that narrative benefits. Liberal diversity is not racial justice."

Progressive organizations including the Sunrise Movement, Justice Democrats, March for Our Lives, IfNotNow, and Alliance for Youth Action submitted an open letter to Biden last spring urging him to pledge to reject "current or former Wall Street executives or corporate lobbyists, or people affiliated with the fossil fuel, health insurance, or private prison corporations, to your transition team, advisor roles, or cabinet," in addition to other demands including appointing a Department of Homeland Security secretary committed to dismantling the Immigration and Customs Enforcement (ICE) and the Customs and Border Protection (CBP) agencies "as we know them," and implementing a wealth tax.

Black Democrats on Capitol Hill and on K Street say [rejecting Wall Street insiders who are Black] is in direct conflict with the party's overarching diversity goals and would keep many people of color, including those with ties to the financial world, from ascending to key positions long dominated by white males.

Black professionals are very much the minority in high-powered Wall Street positions. CNBC reported in July that just 2.7% of executives, senior officials, and managers are at Goldman Sachs are Black, and just 2% of those positions are held by Black people at Citi.

Rep. Gregory Meeks (D-N.Y.), a senior lawmaker on the House Financial Services Committee and a member of the Congressional Black Caucus, told Politico, "We've got to fix all of the problems that were created over the last four years," adding, "We're going to need every hand on deck."

Critics jumped on the premise that it would hurt the party's diversity goals to prohibit Wall Street insiders from cabinet positions.

"We have seen the effects of corporate control over the American government for our entire lives; it has blocked universal access to healthcare, real action on the climate crisis, and started endless wars that waste taxpayer dollars we need to invest in schools and jobs," Emily Mayer, political director of IfNotNow, told Politico. "We reject the false choice between having the people leading our country represent the diversity of our nation and removing corporate control from our politics."

Biden has maintained centrist positions, even when popular opinion and progressives attempt to pull him left. In July, the former vice president reaffirmed his opposition to Medicare for All in an interview with dying single-payer advocate Ady Barkan, despite the soaring popularity of the policy, particularly amid the Covid-19 pandemic. In August, Green New Deal advocates — another popular progressive platform plank Biden does not support — decried the Democratic party's refusal to adopt plans to end fossil fuel subsidies in this year's party platform, and Biden, responding to comments made by President Trump, told a crowd in Pennsylvania last month, "I am not banning fracking."

In addition, Biden has refused calls from progressive activists to embrace policies like defunding or dismantling police forces and legalizing marijuana, that would benefit minority communities who are disproportionately affected by mass incarceration, police brutality, and systemic racism.

"This Black Democrat is urging Biden to do the opposite," Bowman tweeted in a threaded response. "We need less Wall Street in the next administration and more working class representation."

Centrist and progressive Black lawmakers have often been at odds over policy issues. The Congressional Black Caucus, for example, backed longtime incumbent Lacy Clay (D-Mo.) — whose father co-founded the CBC — in his failed re-election bid against progressive Black Ferguson activist Cori Bush this year. Bush, who, like Bowman, shocked pundits by winning on a platform that included Medicare for All, police reform, abolishing ICE, and decriminalizing cannabis, reiterated calls for Biden to reject Wall Street appointees.

"To say that we would have to have people who are currently working in private equity or Wall Street or the banking industry to take up senior economic jobs is absurd," Hauser said. "You can come up with a very rich set of potential appointees of color without taking on people who are currently and very recently closely identified with high finance."