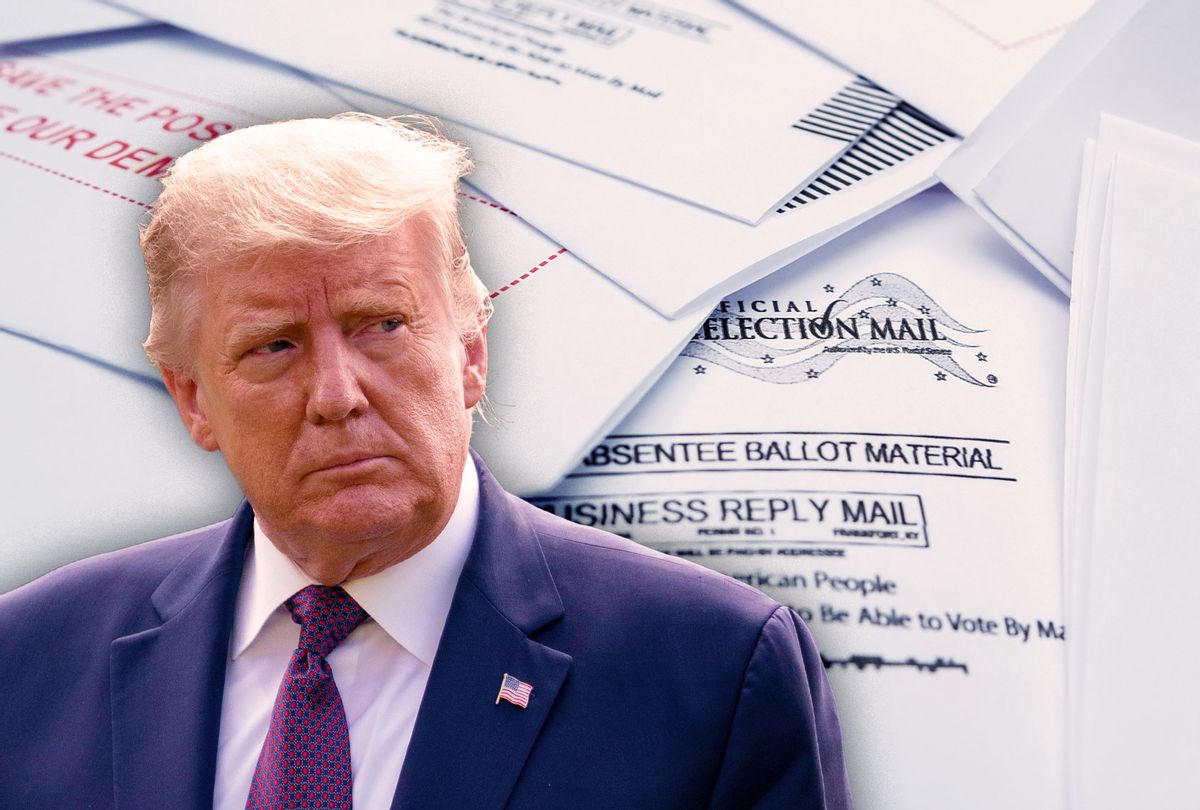 Donald Trump recently held his first indoor rally since the super-spreader event in Tulsa, Oklahoma, in June. The campaign sent out a snotty statement to justify this:

If you can join tens of thousands of people protesting in the streets, gamble in a casino, or burn down small businesses in riots, you can gather peacefully under the 1st Amendment to hear from the President of the United States.

The protests take place outdoors with people moving about mostly wearing masks. The casinos hand out masks and adhere to social distancing guidelines — and have the most advanced air ventilation systems in the nation. Putting several thousand people indoors, telling them that those who wear masks have psychiatric issues and encouraging them to stand closely together, screaming and cheering for hours, is something else again. Considering the age and evident comorbidities of many of Trump's most enthusiastic supporters, some will get sick and perhaps die. Who knows how many others they will spread it to?

It seems counterintuitive that you would want to kill your own voters but it's clear that Trump and his henchmen have decided that we're close enough to the election now that the sickness and death that will likely result won't make a difference in the outcome. And that's all they care about.

There's a problem here for the Trump campaign, though. Every super-spreader rally he holds also spreads Joe Biden's message that Trump is an irresponsible, reckless, unfit leader. There he is, mocking his own government's public health guidelines that save lives, up on a big stage demonstrating his total disregard for the American people, including his own cheering crowds.

You might think Trump would have sobered up about the virus in the wake of the revelations in Bob Woodward's tapes that prove that he knew very early on that the virus was "deadly stuff," much worse than the "most strenuous flu," and that he admittedly "played it down." His recent insistence that we are "rounding the corner" on the pandemic is absurd. Logically, that can only be seen as a macabre celebration of rounding the corner to the imminent milestone of 200,000 dead Americans (which is, tragically, now only a few days away).

The president's disastrous mismanagement of the greatest crisis of his presidency is taking a toll. This Yahoo News/YouGov poll asked the question directly:

Asked if their opinion of Trump's coronavirus response has changed because of Woodward's big scoop — a tape of Trump privately acknowledging the virus was "deadly stuff" even as he publicly sought, in his own words, "to play it down"— nearly a quarter of Americans (23 percent) say yes. Even 15 percent of those who voted for Trump in 2016 say the Woodward news has changed their mind about the president's handling of the pandemic.

Those might seem like small numbers. But in an age of extreme polarization, they could augur a real shift. Overall, 15 percent of Americans say the Woodward quotes have made them less likely to vote to reelect the president in November — and a third of these were 2016 Trump supporters.

It's obvious by now that Trump is no longer trying to win the election by legitimate means. He's tried to scare suburban women with the specter of rioters in their cul-de-sacs, and that hasn't worked. He hoped he could hurriedly broker some "deals" in the Middle East and win the Nobel Peace Prize, but nobody takes him seriously on foreign policy. His alleged love of the military has been seriously called into question and his demands that government agencies push unproven cures and vaccines before they are ready haven't helped his standing.

So this is all that's left:

"The only way we can lose this election is if it's rigged — remember that," pretty much says it all. It's not the first time Trump has made claims like that. Back in 2016 he told rally-goers that he would only accept the results of the election if he won.

Trump's efforts to delegitimize mail-in voting have been well-covered. He's not being subtle about it. He's had his hatchet-man postmaster general sabotage the Postal Service just as it faces a massive upsurge of mail-in ballots. He has literally telling his followers to vote by mail and then show up at their polling places and try to vote again, which of course is illegal. He has repeatedly lied about states sending ballots only to Democratic voters and not Republicans. He has insisted that Democratic officials "control millions of votes" which they intend to steal for their own party.

If you wonder about the veracity of any of these claims, look no further than the words of the most prominent Republican election lawyer in the country, Benjamin Ginsberg, who says in this Washington Post op-ed that it's all bunk.

It's clear that Americans are going to vote in large numbers, potentially record numbers. The big question is how long it will take to count the votes and whether the public will accept the results whenever we finally get them. Trump and his Republican allies are working overtime to persuade his supporters that only the in-person votes counted on election night are legitimate.

The idea here is to end election night with Trump in the lead and cement the idea that he's the winner, no matter what. This isn't unprecedented. The George W. Bush campaign of 2000 took advantage of the fact that they were in the lead in Florida on election night to frame Bush as the true winner and Al Gore's campaign as the "sore-losermen" who were trying to overturn the result. The media was complicit in spreading that 20 years ago, and it remains to be seen if they'll do things differently this time around.

Brian Stelter of CNN's "Reliable Sources" recently asked ABC's Jonathan Karl how his network planned to handle election returns and Karl said they would stick to the facts and the numbers and basically report the returns straight. We'll see.

But considering that the one state Trump has endorsed as having a reliable mail-in voting system is Florida, this observation from Karl was particularly interesting:

In terms of how long this is going to go, look early in the night on election night. Florida — despite what happened 20 years ago, Florida is a state that has its act together, has had a lot of mail-in voting, won't have a dramatic increase this time. It'll be very similar to what's happened before. If you remember, the networks called Florida before 11:00 four years ago. If Donald Trump doesn't win Florida, it's not a very long night.

Florida is always important. But doing battle against this "perception of winning" makes Florida even more important than usual, which may just explain this news:

It may be that the Democrats are well aware that Florida counts its mail-in votes quickly, so winning there is more important than ever. If that happens Trump will find the tables turned on him and will suddenly have to tell his voters to wait for the mail-in votes in other states to be counted. He'll still cause chaos and declare that the vote was stolen elsewhere, of course. But it sure won't look good if his "perfect" state goes the wrong way.