In the end, it may not be Susan Collins' vote to confirm Brett Kavanaugh that costs her the election 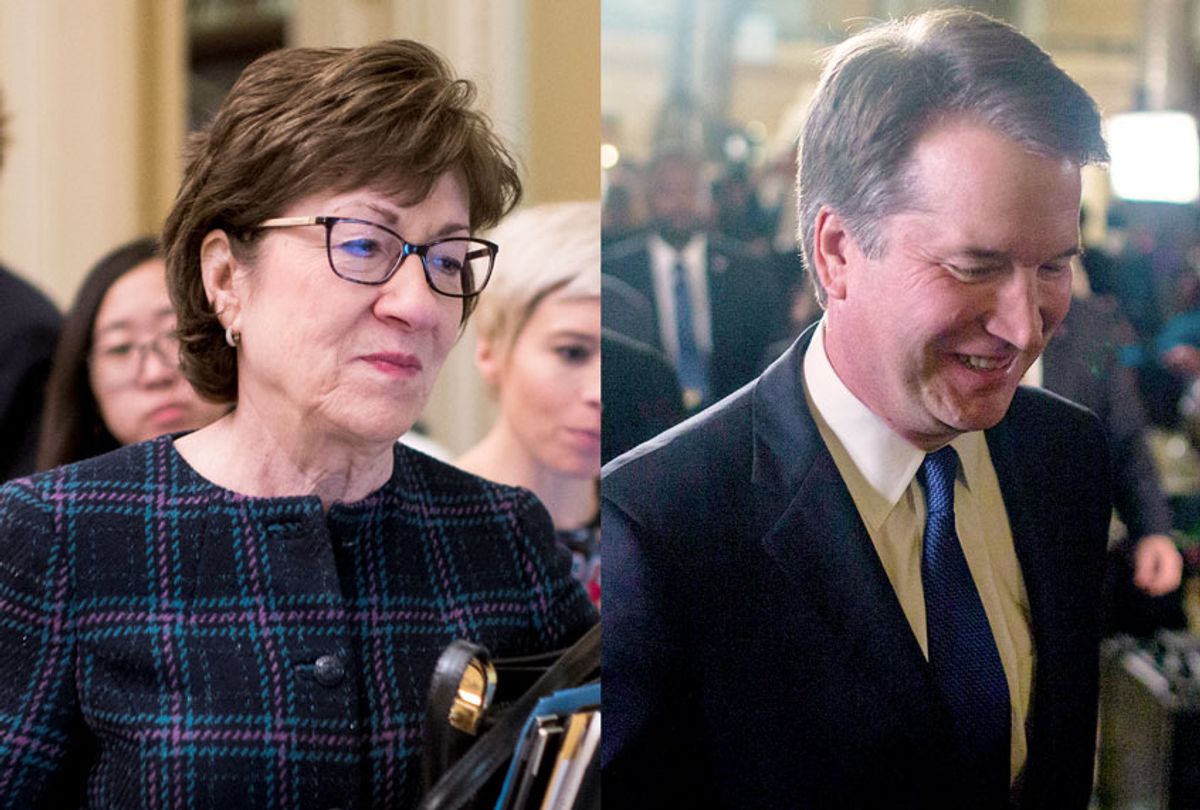 On Tuesday, The Daily Beast broke down the biggest threat to re-election for Sen. Susan Collins (R-ME). And it isn't her vote to confirm Brett Kavanaugh to the Supreme Court, or her vote against convicting President Donald Trump at the impeachment trial — it's the way the election itself will be held.

"This fall, Maine is set to be the only state in the country to choose its president and members of Congress using a process called ranked choice voting," wrote congressional reporter Sam Brodey. "Under that system, voters are instructed to list their candidate preferences in order, effectively offering up a first choice, a second choice, and so on. Those backup picks only come into play if no candidate cracks a majority of votes on the first ballot: that sparks what is essentially an instant runoff election, in which the lowest-performing candidates drop and their supporters' second choices receive their votes."

The problem for Collins is that, while a recent poll showed her Democratic challenger, Maine House Speaker Sara Gideon, only leading her by one point, the third most popular candidate is the Green Party's Lisa Savage, with 6 points. In any other state the Green Party would risk being a spoiler. But in a ranked-choice election, if neither Collins nor Gideon win a majority, Savage voters will be added to their count based on who their second choice is — and Gideon is likely to pick up more votes.

"Maine Republicans loathe this system and have fought it tooth-and-nail since voters in the state approved its use for federal elections in 2016," wrote Brodey. "But an ongoing legal effort to overturn the system is losing steam, and time, with the November election fast approaching . . . Earlier this month, Fox News pundit Tucker Carlson devoted an entire segment to the evils of ranked choice voting, declaring that Maine Democrats were 'trying to rig the outcome' of the 2020 election through the system. His guest was Dale Crafts, GOP nominee for U.S. House in Maine's 2nd District" — a district which flipped to Democrats in 2018 thanks largely to ranked-choice voting.

Moreover, Brodey wrote, "it's not just Collins who could suffer as a result of the way the system plays out this year; Trump could, too. Maine, as Carlson noted in his Fox segment, is one of two states that awards its electoral votes by congressional district. In a tight Electoral College race, even the swingy 2nd District's lone electoral vote could make a big difference for Trump, or for Democratic nominee Joe Biden, both of whom are targeting the district."