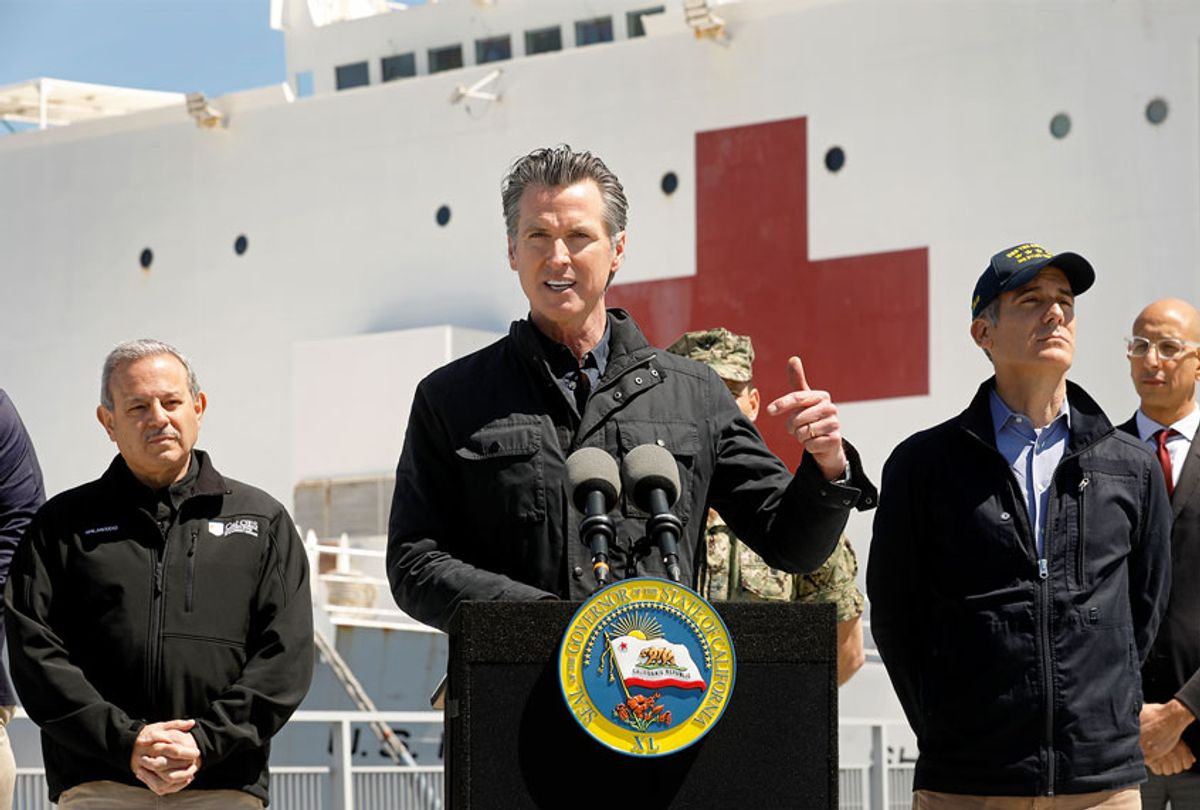 Inmate firefighters have battled some of California's most destructive wildfires, including the Thomas Fire, the Mendocino Complex Fire, the Ferguson Fire, and the Camp Fire. But for years, most former inmates who had received firefighting training were ineligible to become professional firefighters; their criminal records prevented them from getting the state license necessary for employment.

That changed on Friday, when Governor Gavin Newsom signed Assembly Bill 2147 into law. The bill, which was sponsored by Democratic Assemblymember Eloise Reyes, makes it easier for former inmates who have received training as firefighters to have their criminal records expunged. With a clean record, former inmates can obtain the emergency medical technician (EMT) certification that is needed to work in a municipal firefighting department.

"CA's inmate firefighter program is decades-old and has long needed reform," Newsom tweeted after signing the bill. "Inmates who have stood on the frontline, battling historic fires should not be denied the right to later become a professional firefighter."

California has relied on inmates to fight wildfires for roughly 80 years. They are trained through the Conservation Camp Program, which is jointly operated by the state's Department of Corrections and Rehabilitation, Cal Fire, and the L.A. County Fire Department. The program has long faced criticism from social justice advocates — inmate firefighters make just pennies per hour, with an extra $1 per hour when they are actively fighting a fire.

The state of California has also been criticized for relying too heavily on its inmate firefighting force. This year, there are more than 1,000 incarcerated firefighters fighting back the state's devastating and historic blazes, but that's only half as many as usual. Due to the pandemic, many inmate firefighters have been infected with COVID-19 and cannot work. Hundreds more have been released early from prison to curb the virus' spread. As a result, Newsom has had to call in reinforcements from as far away as Australia.

With the passage of AB 2147, some former inmates have said they are eager to apply to a firefighting job. "The news is huge," said Michael Gebre, a former incarcerated firefighter, in an interview with NPR. "With me being an EMT, I could do more for the community that I serve."

Some advocates were more cautious. Sonja Tonnesen, deputy director of programs at the nonprofit Root & Rebound, said AB 2147 is "an important first step," but that it falls short of a comprehensive reentry program for former inmates. "There is more work to be done," she told KQED.