We need a new climate narrative: Not a dystopian movie, but a vision of hope, change and empowerment

In a season of fire and storm, we need more than fables of apocalypse. There's real hope, if we can seize it 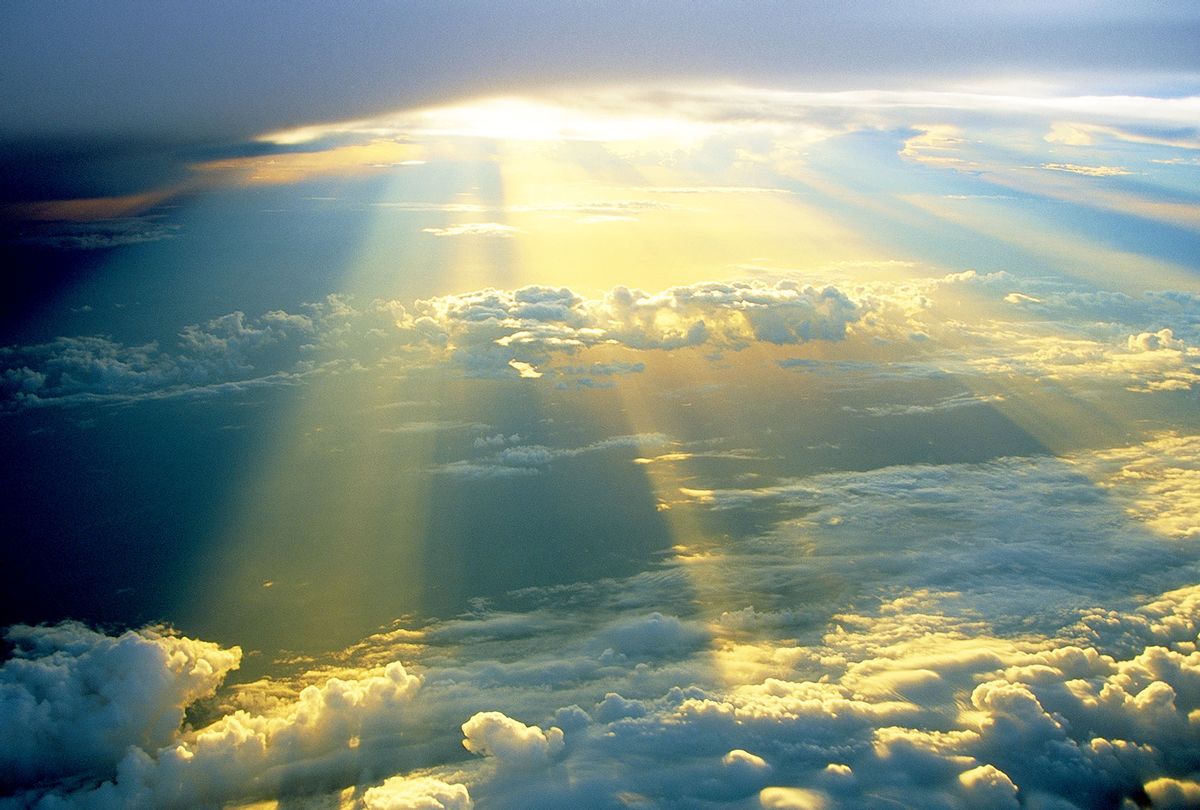 As deadly wildfires raze millions of acres across the Western states, issuing a canopy of noxious smoke and eerie colors in coastal cities, and Hurricane Sally continues a historic pounding along the Gulf Coast, we have been overwhelmed by scenes of a climate emergency that the media is now headlining as a "wakeup call."

But a majority of Americans already got that call, according to a Pew Research Center survey this year, and consider our climate crisis as a threat to the well-being of our country. In fact, new polling shows that seven out of 10 Americans actually want more than news on our climate crisis.

Framing this unfolding reality as a "climate apocalypse," as the Los Angeles Times headlined last week, might seem like a media breakthrough. But the failure to place our unfolding catastrophes within the context of a century of the fossil-fuel industry's political dominance, or to recognize the success of fossil fuel-free policies in other countries, risks a debilitating narrative of gloom and doom that plays into Donald Trump's anti-science antics in California on Monday.

We need a new climate narrative that sets out a road map for a renaissance of thinking and action, not a new series of dystopian chronicles that paints our climate emergency as a roadside attraction.

We need to get beyond "wake-up call" approaches in the media, and set out a game plan to bolster the needed public support to bring about urgent climate action on a policy level.

Like a chronicle of a climate death foretold, 11,000 scientists released a statement warning of "untold suffering due to the climate crisis" last fall, on the anniversary of the first world climate conference in Geneva in 1979. This came on the heels of a special report by the Intergovernmental Panel on Climate Change in 2018, detailing the horrific consequences of accelerated global warming, which UN Secretary General António Guterres called an "ear-splitting wakeup call."

And yet the period from 2016 to 2020 ranked as the hottest years in human history. And with the Trump administration in full-fledged denial, the majority of countries in the world have failed to update their pledges to the Paris Climate Summit.

Even with the near-worldwide lockdown during the early months of the COVID-19 pandemic, carbon dioxide in the atmosphere reached an all-time high this summer at 417 parts per million.

In fact, we have a climate communication crisis as much as a climate crisis.

This includes our media, our schools and our politicians on all levels — and it includes delusional frameworks that still pretend we can simply adapt to the mounting crises over the next couple of decades.

We are simply not telling the stories that galvanize people to act with the urgency required to pull us back from the brink of oblivion.

The coronavirus has added a chilling lesson: A significant portion of the population won't even put on a mask in the interests of communal public health.

The climate crisis shares this disconnection to reality.

One thing we learned when a level 4 land-hurricane "derecho" left our Iowa region in ruins last month: As we sat in the dark for a week or more, it became clear that most people didn't even know the source of their electricity or understand the role of a centralized grid, let alone the impact of whatever extracted fuel was used on local communities and environments.

We have an app for everything — but not for our connection to the planet.

We need a new climate narrative, or what Swedish climate activist Greta Thunberg called "cathedral thinking," after the fire that partly destroyed the cathedral of Notre Dame last year.

The Green New Deal, of course, is a good start in this reframing of the climate crisis. It proposes a 10-year national mobilization to transition to renewable energy sources, overhaul our outdated infrastructure and transportation systems, and set out employment guarantees.

But as I found when I first wrote about launching a Green New Deal in 2008, challenging then-presidential candidate Barack Obama to get beyond worn-out ideas and anachronistic schemes to subsidize the dying coal industry, this kind of centralized messaging of government intervention and green jobs will never gain the necessary political support to get beyond the "implementation gap." That is, it never will until and unless we can craft a narrative that applies to ordinary people's daily lives and generates the necessary community buy-in and engagement.

That doesn't happen with a top-down jobs bill.

It starts, for example, by making indigenous nations and frontline communities that must deal with industrial fallout and extraction — from coal mining and burning to fracking, drilling and pipeline construction — into showcases for a climate agenda.

It starts by declaring that 2021 will be the year of the Great Shift or Great Transition or whatever other term of art we can roll out. Then we must establish a national climate "story corps" and send them out to every school, town and community gathering to make the climate transition discussion — including the linchpin topics of reducing growth and storing carbon — part of our daily lives.

This is the missing link in our climate debates: Solutions to our climate crisis are not about averting some dystopian image on the news with a "Blade Runner" soundtrack. They're not about "jobs, jobs, jobs," as Democratic nominee Joe Biden likes to say. They're about rebuilding our local economies in ways that restore our relationships with nature and our communities, and regenerate the ecosystems we desperately need.

This process is not about terrifying people with apocalyptic images but bringing them into the loop with stories, starting with people on the front lines of environmental ruin and injustice who are struggling for life, liberty and the pursuit of happiness — that's at the heart of understanding how we will survive in an age of climate emergencies.

Take, for instance, an urban planning meeting I witnessed in Gary, Indiana, considered one of the most polluted areas in the country, where requiems of the city abound amid entrenched poverty, unemployment and abandoned urban infrastructure. On the edge of the Indiana Dunes National Park, home to nearly 1,500 native plant species, a group of storytellers walked the audience on a trip from Gary's past as a once-proud steel city to its possible future as a "regenerative city" in an age of climate change, re-envisioning ways to generate energy, food, transportation, green enterprise zones and a circular economy, neighborhood by neighborhood, garden by garden, bakery by bakery, character by character.

Urban farmer and educator Walter Jones asked his audience to set aside the legacy of pollution for a moment — the ravages from coal that had led to skyrocketing rates of heart and lung diseases and birth defects — and join in transforming Gary into a "community of the future" by reclaiming the public commons. To restore the city streetcar, for example, from an era before the streets had been turned into corridors for a "petropolis," a city dependent on fossil fuels.

Far from gloom and doom, a powerful sense of resistance, determination, excitement and vision for change was thriving in Gary. The event, in fact, took place at a church powered by solar panels, and surrounded by urban gardens and orchards. By providing a vision of a regenerative future, and a roadmap of stories to reach it, the stories mobilized action on climate change in a very real way.

That vision for Gary had come after sharing stories from Adelaide, Australia, one of the first cities in the world to lay out a plan to become carbon-neutral. In recognizing the climate crisis as a global opportunity for exchange — instead of a purely American transaction — a new narrative must also transcend borders.

Stories of regeneration and carbon neutral transformations abound, from Australia to Denmark to India. It's not a utopian film, but a matter of actual climate policy in countries as different as New Zealand and Chile.

In Costa Rica, for example, farmers have been paid to reverse the destruction of Central America's great carbon sink and help make biodiversity and reforestation part of the national experience. When I first visited the country in the mid-1980s, less than 30% of the country retained forest cover due to massive logging operations. Now on track to become a carbon-neutral country, Costa Rica has restored 60% of the country's tropical forests in the last two decades by passing strict forestry laws, ending cattle subsidies, and promoting agroforestry and ecotourism.

Not only has Costa Rica gone through a renaissance of nature, it has become a model for the "Global Deal for Nature," launched by scientists and advocates in 2019 to protect "at least 30% of lands by 2030 with an additional 20% in climate stabilization areas."

In Meenangadi, India, facing drought, a village of coffee, pepper and rice growers on the front lines of climate destabilization is leading the first carbon-neutral initiative in that country.

In Siena, Italy, an unlikely alliance of farmers, scientists and urban dwellers came together to transition to the first carbon-neutral town in the world — 10 years ago. Under the Tuscan sun, an Italian invented the first geothermal power plant — a century ago.

All of these solutions start with a story, as with the climate activists in Gary, who took seriously Thomas Paine's admonition to a newborn America in 1776: "We have it in our power to begin the world over again."

That's the kind of climate narrative that might really wake us up — and empower us to do amazing things.