In California, we need to fight fire with fire 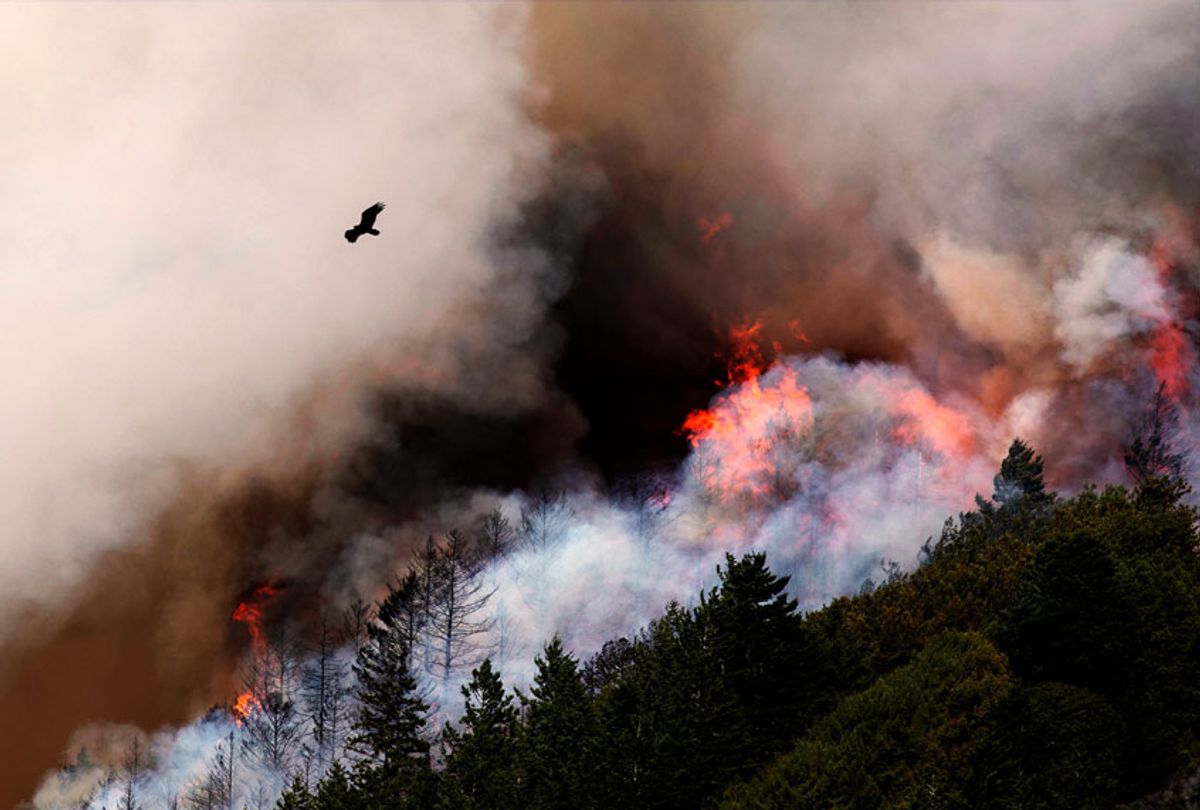 In more than 20 years of living in Southern California, I have never been in a potential fire evacuation zone—until now. The entire state is seemingly on fire with a record-breaking 2 million acres already burned this year alone, with months to go before the end of fire season. The situation is so dire that the state's fire officials are warning they "simply do not have enough resources to fully fight and contain every fire." Fires are burning from the northern-most part of the state down to the border with Mexico, and tens of thousands of Californians are under evacuation orders. While fire is normal in California, the sort of out-of-control wildfires that spread rapidly and burn ferociously every few weeks are neither natural nor inevitable. Most importantly, there are long-term solutions available if we would only implement them.

Currently, media and public focus is on how the fires begin, as if wiping out every source will solve the underlying problems of a perfect storm of fire-ready conditions. A "gender-reveal" party on one of the hottest days of the year that relied on pyrotechnics to reveal the gender of an anticipated baby set off what is being called the El Dorado Fire. That fire burned more than 10,000 acres in an area about 70 miles East of Los Angeles. Although there has been much-deserved vitriol aimed the perpetrators and at such parties in general, the fact is conditions are perfect for massive wildfires and it matters little what sparks them.

In California's Bay area, more than 10,000 lightning strikes triggered hundreds of fires in August. In November 2018, the worst wildfire in the state's history burned more than 150,000 acres and killed dozens of people, wiping out the retirement community of Paradise. The devastating Camp Fire was sparked by the utility company PG&E's faulty power lines. Unless long-term actions are taken to address the conditions under which such fires burn, the causes of future fires could be illegal fireworks, an unauthorized barbecue or even a spark from a cigarette. The more pressing matter is why there are conditions for such extreme fires in the first place.

Climate change is one of the culprits. Wetter weather earlier in the year results in greater brush growth which then dries out when hotter-than-usual weather later in the year turns it into fuel. Climate scientists predicted that "a much greater number of extremely wet and extremely dry weather seasons," will "have a major effect on the lives of Californians."

The other culprit is the abundance of fuel in a state that has always had wildfires. Ali Meders-Knight is a Mechoopda tribal member from Chico in the northern part of California. For more than 20 years, she has practiced what is now called Traditional Ecological Knowledge(TEK) and has worked as a liaison for tribal forestry programs addressing precisely the problem of California's mismanaged land and fuel that end up giving rise to out-of-control deadly fires. In an interview, she explained to me that "The plants and the land are adapted to fire. [The area is] used to fire; it wants fire."

Greenpeace explained that "A 'put out every fire' approach to wildland fire management for decades has left us with a fire deficit which can fuel unusually big, hot fires." California's unique ecosystem has evolved based on a cycle of periodic fires that certain species of wildlife and flora depend upon. But Western colonization of the state resulted in the wiping out of Indigenous knowledge of fire management. According to Meders-Knight, "you have the option of having a little bit of fire, or a whole lot of fire. But you never have the option of having no fire."

California Senator Dianne Feinstein has taken the lead on fuel management in the state but has done so in an entirely wrong-headed fashion. Claiming to "protect communities from wildfires," the Democratic senator's bill was apparently meant to, "improve management and speed up restoration of forest landscapes in California." But in reality, it offers a convenient cover for the logging industry that has been part of the problem in the first place.

Greenpeace summarized that "Heavy-handed fire suppression is strongly supported by the logging industry whose spokespersons now, ironically, call for more aggressive logging to remedy the mistake they helped perpetrate in our forests for decades." Meders-Knight denounced Feinstein's bill as "primitive," "extremely uneducated," and akin to "disaster capitalism." The logging industry is interested only in tearing down trees for profit and has no interest or expertise in land management and restoration, or watershed management.

For decades, the state banned the Native cultural practice of burning fires in California. Now, Meders-Knight is part of a new generation of tribal leaders training and certifying people in the Indigenous wisdom that for generations informed the management of wildfires. In a nutshell, the idea is to fight fire with fire—literally. The training begins with identifying and understanding the state's natural flora and fauna and the role each species play in the ecosystem. Indigenous fire management uses controlled fires to manage fuel that has built up, but such fires are not implemented during the hottest part of the year. Rather, they are done during slightly wetter seasons when winds are also low.

How would such ancient technology work in our modern setting? Meders-Knight explained that the optimal days for controlled fire burns are hard to predict weeks or months in advance, which means that the state's permitting process needs to be far more flexible. And firefighters, whose job it is to put out every fire during the hottest months of the year, could be trained as "fire technicians" to manage fire in other months—thereby making their jobs less dangerous and overwhelming than they are now. She sees this as a "workforce development initiative" that could be part of a "green jobs" project in the state, especially at a time of mass unemployment and a housing crisis. Prison inmates who are recruited to fight California's fires could also benefit from such a program.

What is remarkable is that Indigenous techniques of firefighting could also help mitigate climate change. In Australia, similar Aboriginal technology for fighting wildfires has already been implemented on a small scale. The program has proven invaluable for the short-term goal of reducing deadly fires, and the long-term goal of reducing carbon emissions that fuel global warming. According to the New York Times, "an Aboriginal burning program started seven years ago has cut hot and destructive wildfires in half and reduced carbon emissions by more than 40 percent." Just as in California, "in Australia, fire was a crucial tool in managing the land before the arrival of Europeans."

The solutions to California's horrendous and deadly fires have been around for centuries. It is not inevitable for the world's fifth-largest economy to succumb to the devastation of deadly fires. The difference between Feinstein's approach to fire management and Indigenous fire technology is that the former has simply not worked, and is based on a Western capitalist, profit-based model of short-term financial gains by an extractive industry. Meanwhile, the latter approach is grounded in painstaking work that does not inflate a corporate bottom line and instead results in a collective benefit to the state's inhabitants. What path will we choose?