Long before the election was in sight, officials under Trump have resigned, quit, or been fired 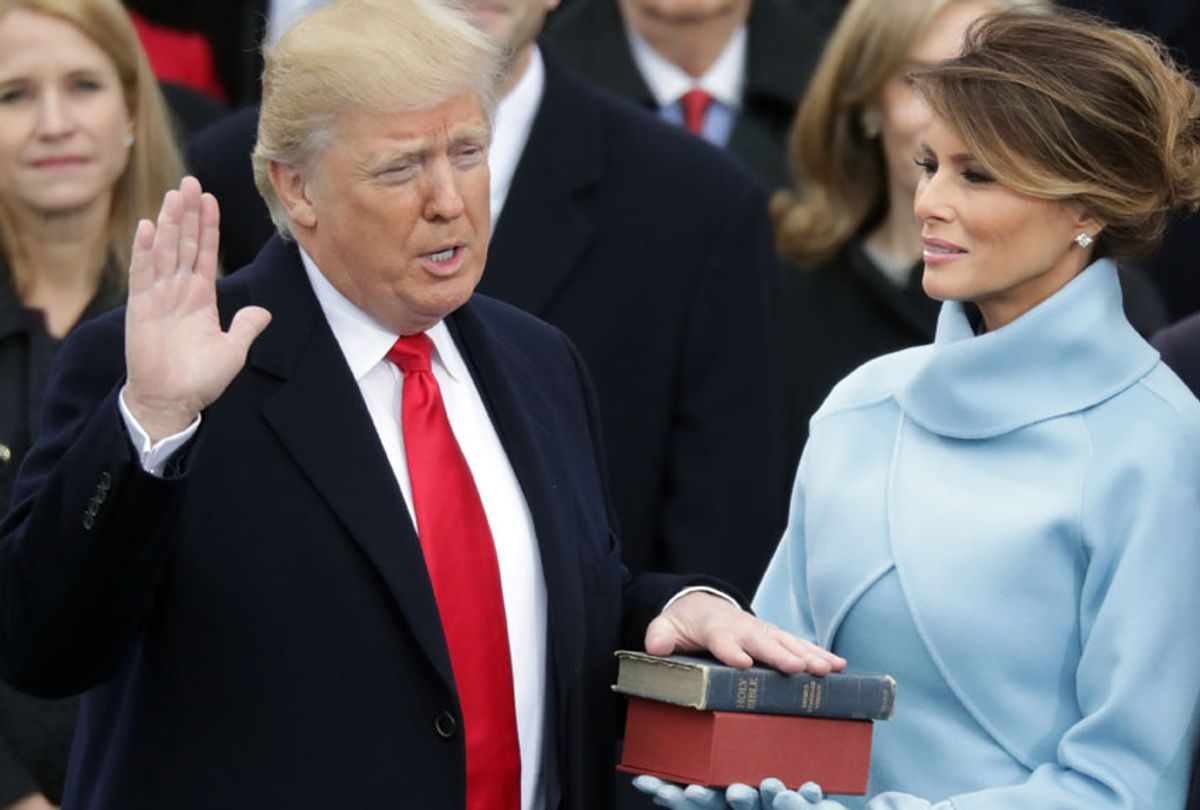 President Donald Trump takes the oath of office as his wife Melania Trump holds the bible on the West Front of the U.S. Capitol on January 20, 2017 in Washington, DC. (Getty/Chip Somodevilla)
--

Waves of former officials working for President Donald Trump have consistently turned on him and denounced his conduct throughout his first term in the Oval Office, a trend that only seems to be accelerating as the November election approaches.

Olivia Troye, a former aide to Vice President Mike Pence who worked on the coronavirus task force, was the latest to condemn the president in searing terms on Thursday. In an ad for Republican Voters Against Trump, she described the president as callous to the deaths of Americans and only interested in his re-election.

She likely isn't the last Trump officials to come out against him, and she certainly wasn't the first.

Miles Taylor and Elizabeth Neumann, both former high-ranking employees in the Department of Homeland Security, also appeared in videos for RVAT and were unsparing in their criticisms of the president.

But long before the election was in sight, officials under Trump have resigned, quit, or been fired — only to swiftly break with the president. Many have often subsequently publicized damning revelations about his conduct.

Others have issued more equivocal criticisms of the president, and some critics, like Rick Bright, continue to work within the administration despite having aired deeply troubling accusations. Former Director of National Intelligence Dan Coats ominously warned about threats to the election on Thursday without directly attacking Trump, but Bob Woodward reported he feared Putin "had something" on the president. A recent report from The Atlantic's Jeffrey Goldberg on Trump's disparagement divulged an incendiary comment the president made to his former White House Chief of Staff John Kelly, strongly suggesting that Kelly himself intentionally allowed details of the conversation to leak.

It's become so routine for former officials to disavow the president that the White House has a pat response to new allegations. They dismiss the complainant as merely "disgruntled," and they offer criticism of the former official's job performance. What they don't explain is why so many officials seem to end up "disgruntled," or why the administration hires so many people who supposedly turn out to be unsuited for their positions.

And the truth is, this is not normal. Presidents don't typically face waves of former employees and officials coming out against them, depicting them as dangerous and unfit, and endorsing their opponents. It's a sign of a uniquely disastrous president.

And MSNBC's Chris Hayes noted: "It was an *enormous* story when Robert Gates wrote a book about his policy disagreements with Obama and now you've got multiple former staffers coming out saying "PLEASE FOR THE LOVE OF GOD HE'S A MONSTER."

And according to Miles Taylor, what we've seen is just a a tip of the iceberg. Countless other officials within the administration reportedly know and fear how radically dangerous the president is (though surely some, like Stephen Miller, are true believers). Others have similar claimed that Republicans in Congress feel the same way about the president — that he's deeply unfit. The problem is they're just too afraid to break from him as long as he controls the party, and as long as they have a chance of holding on to power.