The move, says one advocate, is "shortsighted, ridiculous, and likely unconstitutional" 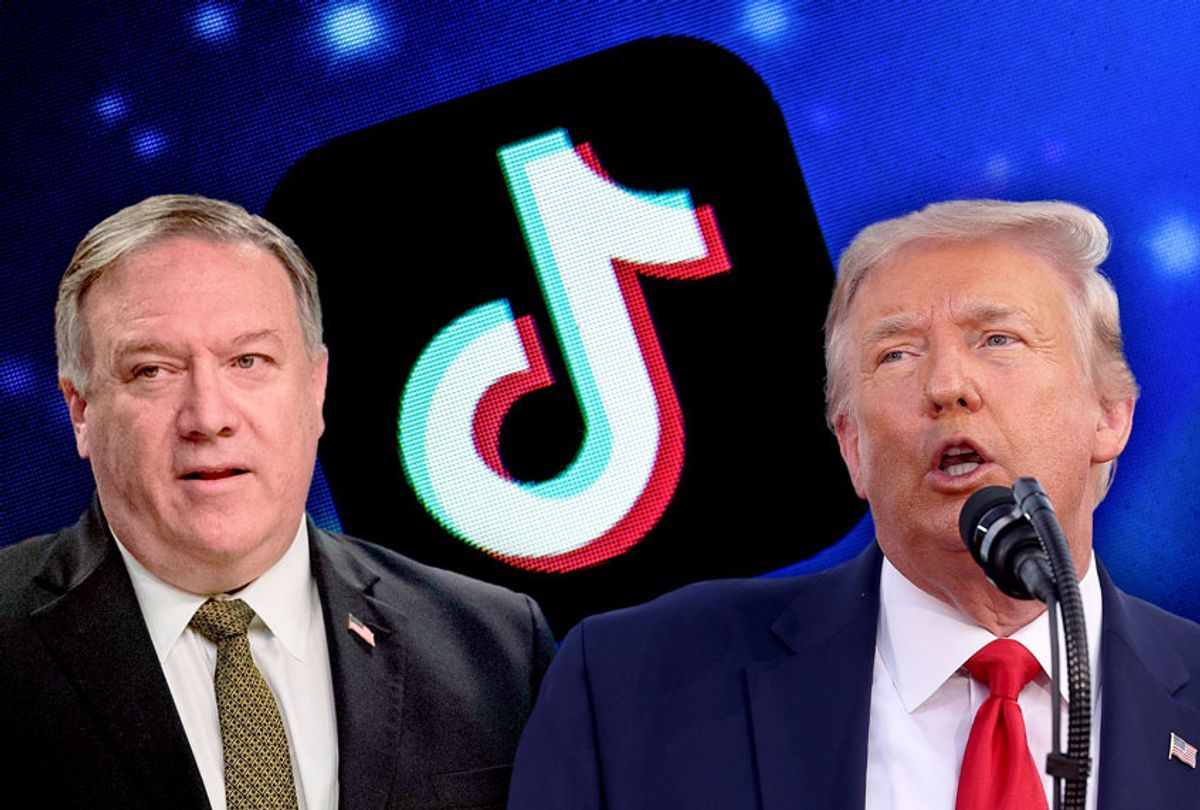 In what free speech advocates say is a violation of the First Amendment, the Trump administration Friday announced a ban on TikTok and WeChat from app stores in the United States.

"This order violates the First Amendment rights of people in the United States by restricting their ability to communicate and conduct important transactions on the two social media platforms," Hina Shamsi, director of the American Civil Liberties Union's National Security Project, said in a statement. "The order also harms the privacy and security of millions of existing TikTok and WeChat users in the United States by blocking software updates, which can fix vulnerabilities and make the apps more secure."

Commerce Secretary Wilbur Ross announced the ban—set to go into effect on Sunday and which follows a controversial executive order issued by President Donald Trump in August—and claimed the popular apps pose a security threat to the United States.

"Today's actions prove once again that President Trump will do everything in his power to guarantee our national security and protect Americans from the threats of the Chinese Communist Party," Ross said. "At the president's direction, we have taken significant action to combat China's malicious collection of American citizens' personal data, while promoting our national values, democratic rules-based norms, and aggressive enforcement of U.S. laws and regulations."

But free speech watchdogs and advocates denounced such reasoning condemned the move.

The order requires that WeChat—which has millions of U.S. users who rely on the app to stay in touch and conduct business with people and companies in China—end payments through its service as of Sunday and prohibits it from getting technical services from vendors, according to the Associated Press.

Similar technical limitations for TikTok don't go into effect until Nov. 12, shortly after the U.S. election. According to reporting from the AP, TikTok has 100 million U.S. users and 700 million globally.

In an interview with Fox Business on Friday, Ross, appeared to misunderstand how mobile app technology works when he attempted to clarify what the order means for TikTok, saying by Sunday the app's users "won't have access to improved apps, updated apps, upgraded apps, or maintenance."

As critics point out, a downloaded app without the ability to access updates poses serious security and privacy risks for users.

As for WeChat, Ross said, "For all practical purposes it will be shut down in the U.S., but only in the U.S., as of midnight Monday."

In an article published last month—when President Trump initially announced plans to ban the apps—Eva Galperin, David Greene and Kurt Opsahle of the Electronic Freedom Foundation (EFF) criticized the Trump administration's claims that banning the apps would be an effort to combat overreach of the Chinese government.

"It is ironic that, while purporting to protect America from China's authoritarian government, President Trump is threatening to ban the TikTok app," they wrote. "Censorship of both speech and social media applications, after all, is one of the hallmarks of the Chinese Internet strategy. While there is significant cause for concern with TikTok's security, privacy, and its relationship with the Chinese government, we should resist a governmental power to ban a popular means of communication and expression."

Additionally, according to the EFF article, banning the apps, which many Americans already have downloaded onto devices, would pose a security threat:

As courts have held, code is speech, and the Supreme Court has recognized that software is a protected means of expression (addressing age warnings for video games). Just as bookstores have a right to sell books protected by the First Amendment, so too do app stores have a right to distribute protected software. Of course, it would be up to Apple and Google to challenge a purported distribution ban on their app store.

As a practical matter, an app store ban would not be particularly effective, as close to 100 million people in the U.S. already have the app. However, an inability to get updates—as a result of a ban—would create a security nightmare. Major vulnerabilities left unpatched would leave TikTok users susceptible to a variety of attackers, up to and including the Chinese government.

U.S. corporations include Oracle have been negotiating terms for a potential buy-out of the company, but, according to the AP, "details remain foggy and the administration is still reviewing it."

On Friday, the AP reported, TikTok expressed "disappointment" over the move and said it would continue to challenge the president's "unjust executive order." WeChat owner Tencent said that it will continue to discuss ways to address concerns with the government and look for long-term solutions, according to the AP.