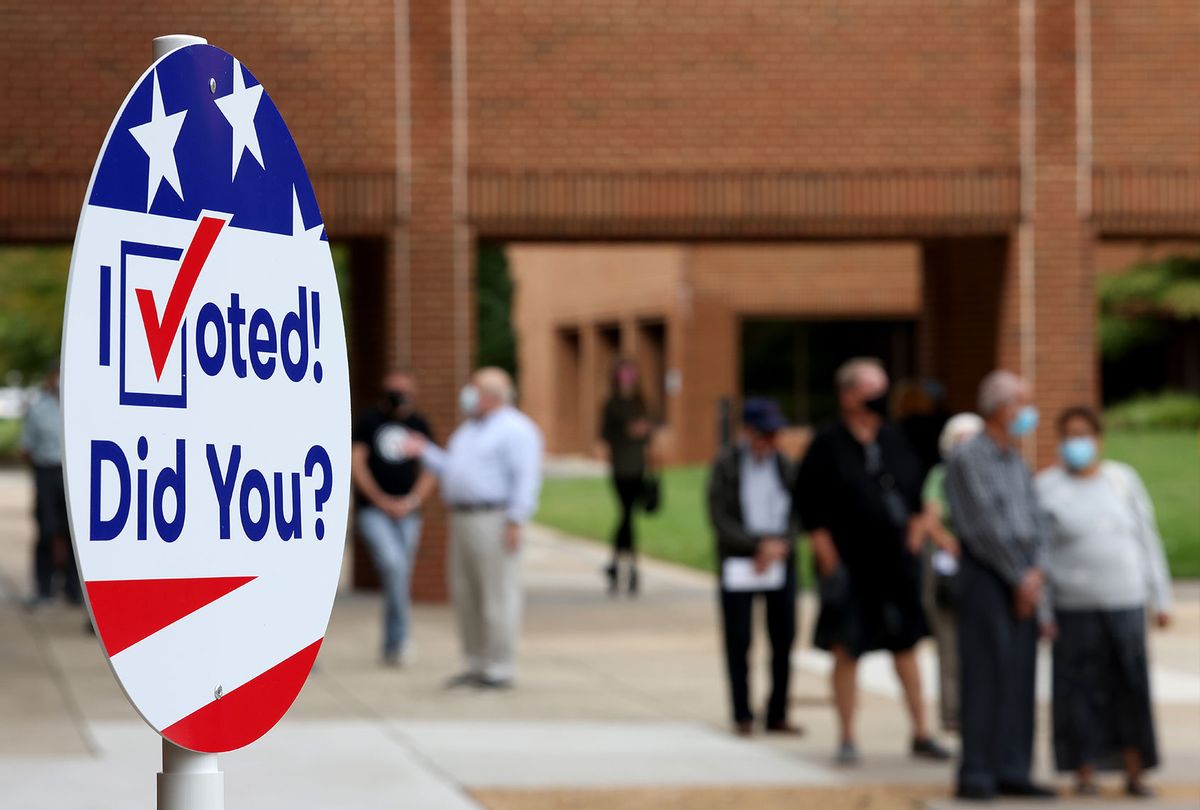 On Saturday, lines to vote early in Fairfax County, Virginia — an affluent, left-trending area including the suburbs of Washington, D.C. — reached enormous lengths, with many voters telling reporters that they were spurred to vote by the passing of Supreme Court Justice Ruth Bader Ginsburg.

But Trump supporters showed up at the early voting site to protest, as well.

None of the Trump supporters visible in the footage appeared to be wearing masks.