A 4-4 tie would defer to a lower court ruling, which already found the Affordable Care Act to be unconstitutional 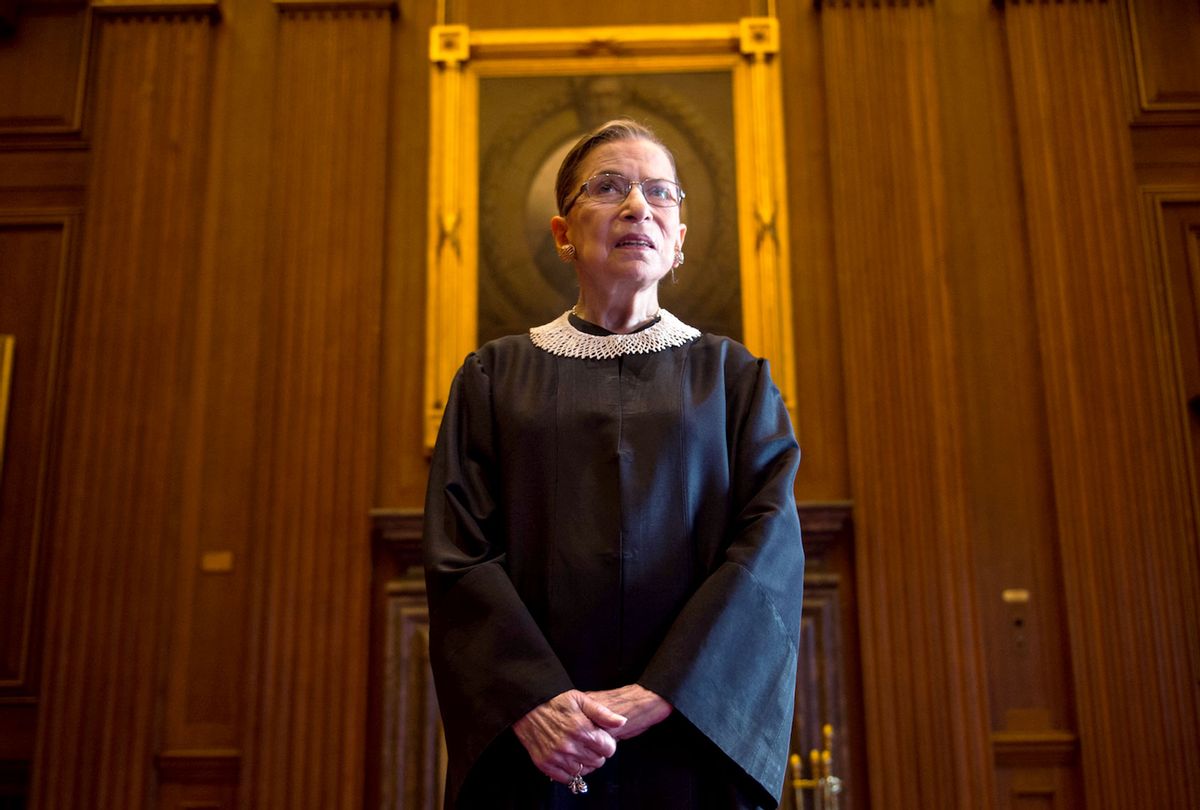 Supreme Court Justice Ruth Bader Ginsburg's death may drastically affect the fate of a lawsuit seeking to strike down Obamacare — even if President Donald Trump fails to replace her with a more conservative justice.

Ginsburg's death leaves the court with a 5-3 conservative majority as it prepares to hear California v. Texas a week after the presidential election in November. The lawsuit was brought by a coalition of red state attorneys general seeking to strike down the entire Obamacare law, including the Medicaid expansion and protections for individuals with pre-existing conditions.

Though congressional Republicans voted to repeal the law's individual mandate penalty in 2017, they failed to repeal the law itself. The Department of Justice has backed the lawsuit, and a federal judge in Texas has already ruled the law unconstitutional without the mandate.

It is unclear whether President Donald Trump will be able to push through his nominee — and even less clear if that is possible by the time the court hears the Obamacare arguments. A 6-3 conservative majority would almost certainly doom the law, but it may not survive the court's current makeup either.

Supreme Court Chief Justice John Roberts previously voted to uphold the law as a tax as part of a behind-the-scenes deal that allowed states to opt out of the Medicaid expansion, according to a recent book. If Roberts had sided with the court's four liberal justices while Ginsburg was still on the court, the ruling would have saved Obamacare. If the court now ties 4-4 on the decision, it would leave the lower court decision declaring the law invalid in place. But the case would likely work its way back through the process to determine whether it should be struck down in its entirety, according to Axios.

The lawsuit hinges on Robert's conclusion that the individual mandate was a tax. Most legal scholars, including those that have challenged the law in the past, find the argument "unconvincing," NPR reported.

"If courts invalidate an entire law merely because Congress eliminates or revises one part, as happened here, that may well inhibit necessary reform of federal legislation in the future by turning it into an 'all or nothing' proposition," a bipartisan group of law professors said in a brief to the court.

Nevertheless, U.S. District Judge Reed O'Connor sided with Republicans in the lawsuit. Though the 5th Circuit Court of Appeals agreed with O'Connor, it sent the case back to determine whether the entire law actually needed to be struck down.

It is unclear whether the Supreme Court will still take up the case as scheduled. NBC News Justice Correspondent Pete Williams noted that the court "ended up deferring contentious issues or deciding cases without sweeping rulings" after Justice Antonin Scalia died in 2016.

But Tom Goldstein, a Washington lawyer who frequently argues cases before the Supreme Court, told the outlet that he believes the court will not delay key decisions while awaiting a ninth justice.

"I don't think they'll keep the landing gear down," he said. "There may be some ties this time, but not on the big social issue cases."

It is also possible that one of the court's other conservative justices joins his liberal colleagues alongside Roberts. Brett Kavanaugh, for example, expressed skepticism about the Republicans' lawsuit in 2018.

Trump plans to announce his nominee by this weekend, with hopes of the Senate confirming her by the election. Speaker of the House Nancy Pelosi, D-Calif., immediately tied the push to rush through a new justice to the president's campaign to repeal Obamacare.

The law's repeal would plunge the health care system into chaos. Tens of millions of Americans stand to lose coverage through the Medicaid expansion or the Obamacare marketplaces. Countless others would lose the protections for pre-existing conditions, which includes the coronavirus, NPR reported. Children under 26 years of age would no longer be eligible to stay on their parents' insurance plans, and women would lose guaranteed access to birth control.

Democratic presidential nominee Joe Biden called on the Senate to wait until the results of the election to decide whether he or Trump should nominate Ginsburg's replacement. And he warned voters that health care was on the ballot this November.

"In the middle of the worst global health crisis in living memory, Donald Trump is before the Supreme Court trying to strip health care coverage away from tens of millions of families," Biden said during a Sunday speech in Philadelphia, "to strip away the peace of mind of more than 100 million Americans with pre-existing conditions."