The special Senate race in Georgia is a jungle primary, with Democrats and Republicans running on the same ballot 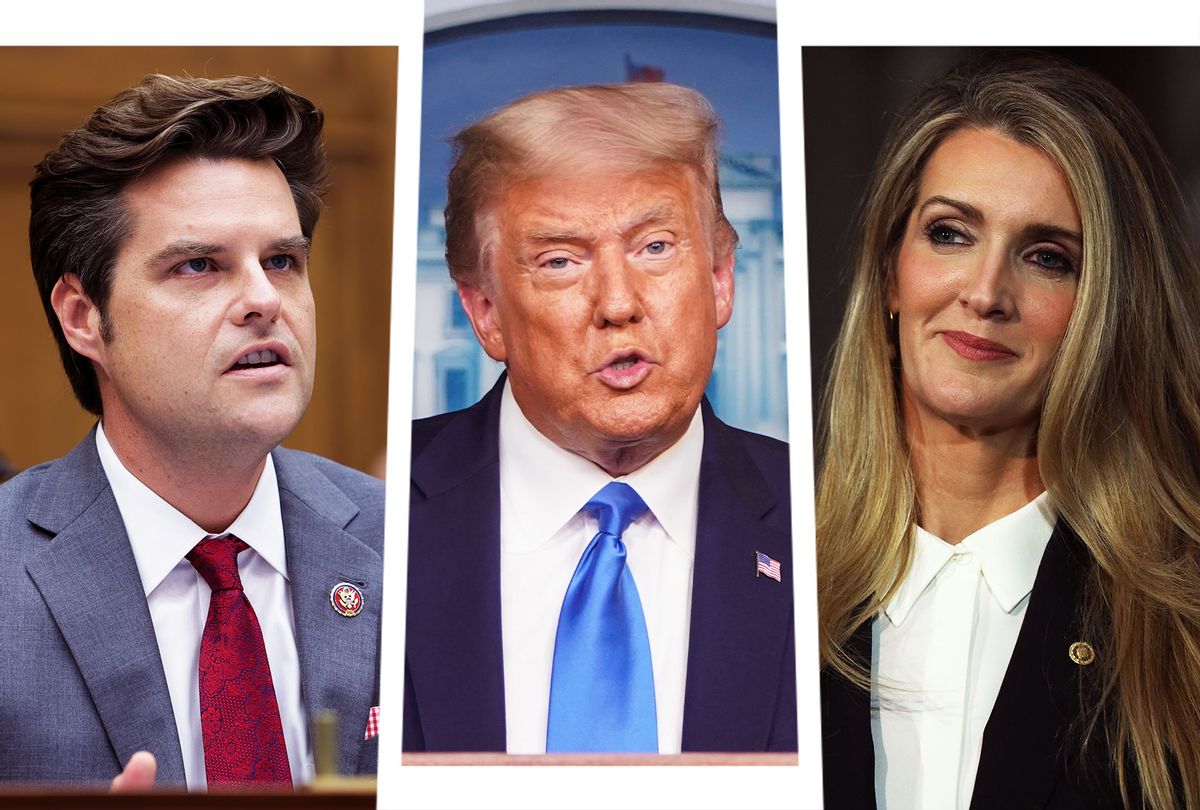 On Thursday, The Daily Beast reported that Rep. Matt Gaetz (R-FL) is accusing Sen. Kelly Loeffler (R-GA) of offering President Donald Trump money for his re-election in return for helping her push opponent Rep. Doug Collins (R-GA) out of the race.

"This is what the Loeffler team went to the Trump team with," said Gaetz at a campaign event for Collins. "They went and said, 'Look, you guys gotta get Doug Collins out of this race' . . . She said, 'I have $50 million for this project, and I can either spend my $50 million getting new voters and helping the Trump campaign, or I can spend that $50 million taking out Doug Collins.'"

"While other sources confirmed that a message about Loeffler's potentially diminished financial support was passed from her team to Trump's, they described Loeffler's reported ultimatum as more nuanced than Gaetz portrayed it," reported Lachlan Markay. "According to one source familiar with the interactions, the Loeffler team's offer had more to do with supporting other Senate candidates than with supporting the president, and was actually relayed to the president's campaign by way of Senate Majority Leader Mitch McConnell, R-KY. 'Basically it was to get McConnell and the Senate committee behind Loeffler and to not support Collins,' the source said."

The Senate special election in Georgia is being run as a jungle primary, with all Democrats and all Republicans running together on the same ballot and the top two advancing if no one gets over 50%. Recent polls have shown a tight race for the top two positions between Loeffler, Collins and the leading Democrat, Reverend Raphael Warnock.