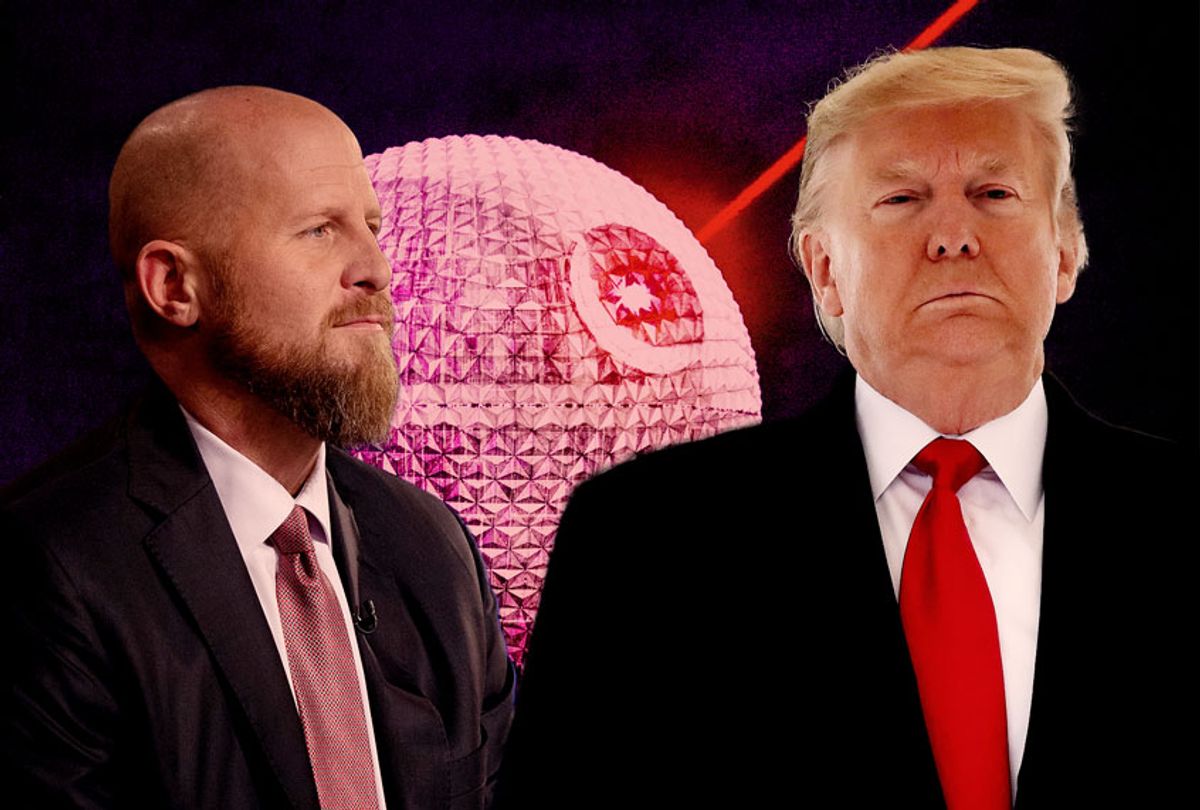 President Trump's 2016 campaign identified more than 3 million Black voters it wanted to deter from casting ballots in the presidential election, according to a massive data leak obtained by the British news outlet Channel 4.

The leak revealed that the campaign compiled data on nearly 200 million voters and divided them up into eight different categories. One category, titled "Deterrence," listed 3.5 million Black voters.

The leak shows that the campaign disproportionately targeted Black voters in its "deterrence" strategy aimed at lowering voter turnout among likely supporters of Democratic nominee Hillary Clinton. More than 60% of people on the list in Georgia were Black, for example, even though Black people are around one-third of the state population. Black people made up 46% of the "Deterrence" list in North Carolina even though they make up just 22% of the population. In Wisconsin, Black voters made up 17% of the "Deterrence" list, even though just 5.4% of the state's population is Black.

In all, about 54% of the people on the "Deterrence" list were people of color, according to Channel 4. Other categories of voters that the campaign sought to turn out were "overwhelmingly white."

The people on the list were described publicly by Trump's top data scientists as people the campaign hoped "don't show up to vote." The campaign worked with the controversial British data firm Cambridge Analytica, now defunct, to compile the data, which was used to target certain Facebook ads to voters. Voters on the "Deterrence" list were targeted with negative ads attacking Hillary Clinton.

Trump's campaign reportedly spent more than $44 million on Facebook ads during the campaign, nearly $20 million more than Clinton. His success in targeting voters on Facebook has repeatedly been cited as a key reason for his Electoral College victory, which rested on narrow wins in a few states where Democratic turnout was down.

The campaign pumped out six million different versions of "highly targeted messages" and targeted voters with the help of a Facebook employee embedded within the campaign, according to the report. Some of the ads were "dark posts," which disappeared from user feeds after the campaign stopped paying for them, meaning that there is no full public record of the ads the campaign bought and it is impossible to tell exactly how voters on the "Deterrence" list were targeted.

The Trump campaign has denied that it targeted Black voters. Brad Parscale, who ran the campaign's digital operations in 2016, told PBS with "100%" certainty that the campaign "did not run any campaigns that targeted even African Americans."

But the Channel 4 investigation found that people on the "Deterrence" list were served anti-Clinton ads focusing on her 1990s comments about juvenile "super-predators," which was viewed in later years as a justification for the mass incarceration of young Black men. Cambridge Analytica acknowledged in a document obtained by the outlet that the video targeted African Americans.

Jamal Watkins, the vice president of the NAACP, called the report an example of modern-day voter suppression.

"The thing that's shocking-slash-troubling about this is that there's this category of suppression," he told Channel 4. "That 'Deterrence' part. So, we use data — similar to voter file data — but it's to motivate, persuade and encourage folks to participate. We don't use the data to say who can we deter and keep at home. That just seems — fundamentally, it's a shift from the notion of democracy."

Watkins said that Facebook has not "fully disclosed their role" in the ad campaign and called on the social network to crack down on "suppressive ads."

"It's not 'may the best candidate win' at that point, it's 'may the best well-funded machine suppress voters and keep them at home, thereby rigging the election so that someone can win,'" he added.

A Facebook spokesperson told Channel 4 that the company has addressed the issues that permitted the scheme.

"Since 2016, elections have changed and so has Facebook — what happened with Cambridge Analytica couldn't happen today," the spokesperson said. "We have 35,000 people working to ensure the integrity of our platform, created a political ads library … and have protected more than 200 elections worldwide. We also have rules prohibiting voter suppression and are running the largest voter information campaign in American history."

Though Trump lost the Black vote by more than 80 points in 2016, reduced Black turnout has repeatedly been cited as a key reason why Clinton lost several states Democrats had previously carried for decades, most notably Michigan, Pennsylvania and Wisconsin. About 2 million Black voters who backed President Barack Obama in 2012 did not turn out to vote for Clinton.

The new report "has exposed the ways in which the Trump campaign used targeted digital ads to intentionally and methodically deter Black Americans from voting," said a spokesperson for the African American Policy Forum, a social justice think tank. "This is twenty-first century voter suppression."