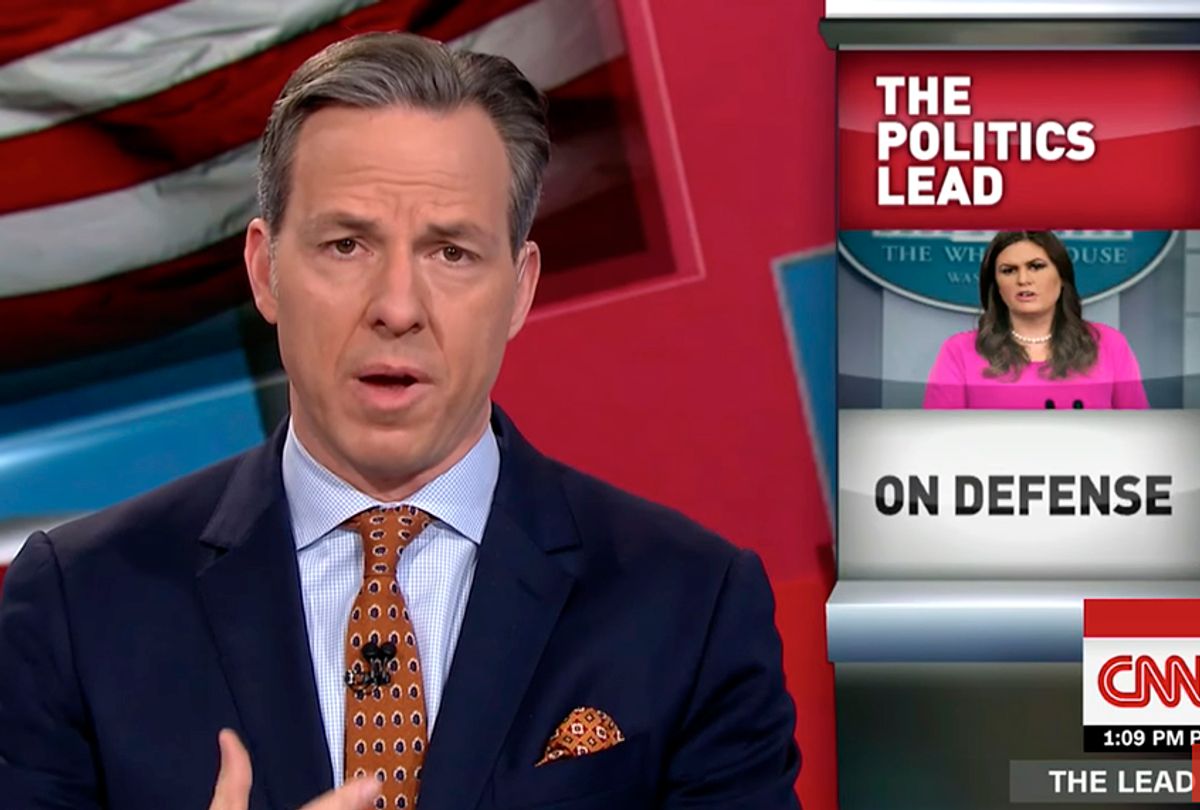 CNN's Jake Tapper on Tuesday offered a succinct analysis of the 2020 presidential debate between President Donald Trump and former Vice President Joe Biden, calling the spectacle "a hot mess, inside a dumpster fire, inside a train wreck."

"That was the worst debate I have ever seen," Tapper said. "In fact, it wasn't even a debate. It was a disgrace."

Tapper put the majority of the blame on President Trump, who he said "spent the entire time interrupting, not abiding by the rules he agreed to, lying, maliciously attacking the son of the vice president."

"I can tell you one thing for sure: the American people lost tonight," Tapper argued. "Because that was horrific."

"You took the words right out of my mouth," CNN Chief Political Correspondent Dana Bash replied, noting Tapper used some "high-minded language" in his description of the event.

Correspondent Abby Phillip agreed, calling the debate "a complete disaster, on all fronts."

"If you came into this thinking that two men, in their 70's, who want to be the leader of the free world for the next four years, could have a reasonable exchange of ideas… you came away from the debate thinking it's not possible," Phillip said.

As moderator Chris Wallace of Fox News noted, the president and vice president have agreed to participate in two more debates before the November elections.

Watch the video below, via CNN: